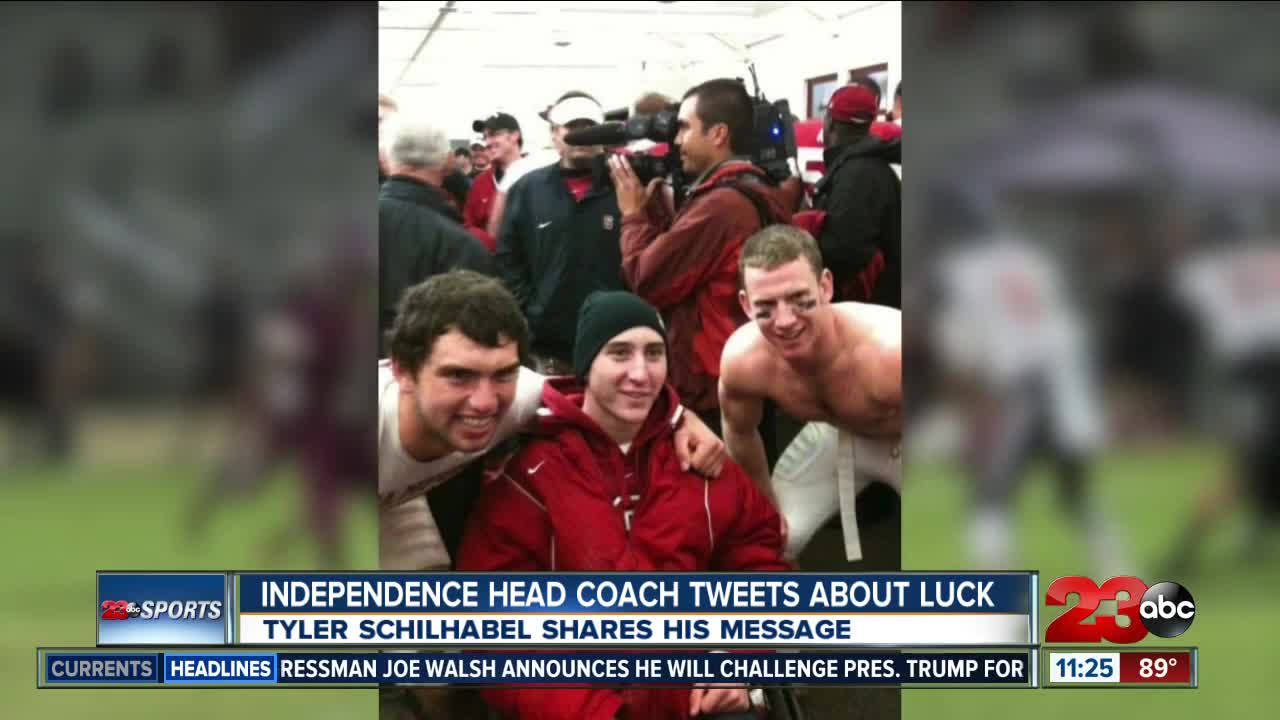 Football is a special thing. For being a game that can cause so much physical damage, it sure does bring a lot of healing. From then to now, this game and the people in it, have changed my life. pic.twitter.com/vd5KnTmDbt

Schilhabel was paralyzed in 2010 after an ATV accident.

Luck and the Stanford Cardinals football team visited him in the hospital and welcomed him into the locker room.

Schilhabel says in the tweet that, "From then to now, the game and the people in it, have changed my life."

Luck announced that he was retiring after missing 26 games since the beginning of 2015. He has battled shoulder and rib injuries and completely sat out the 2017 season.