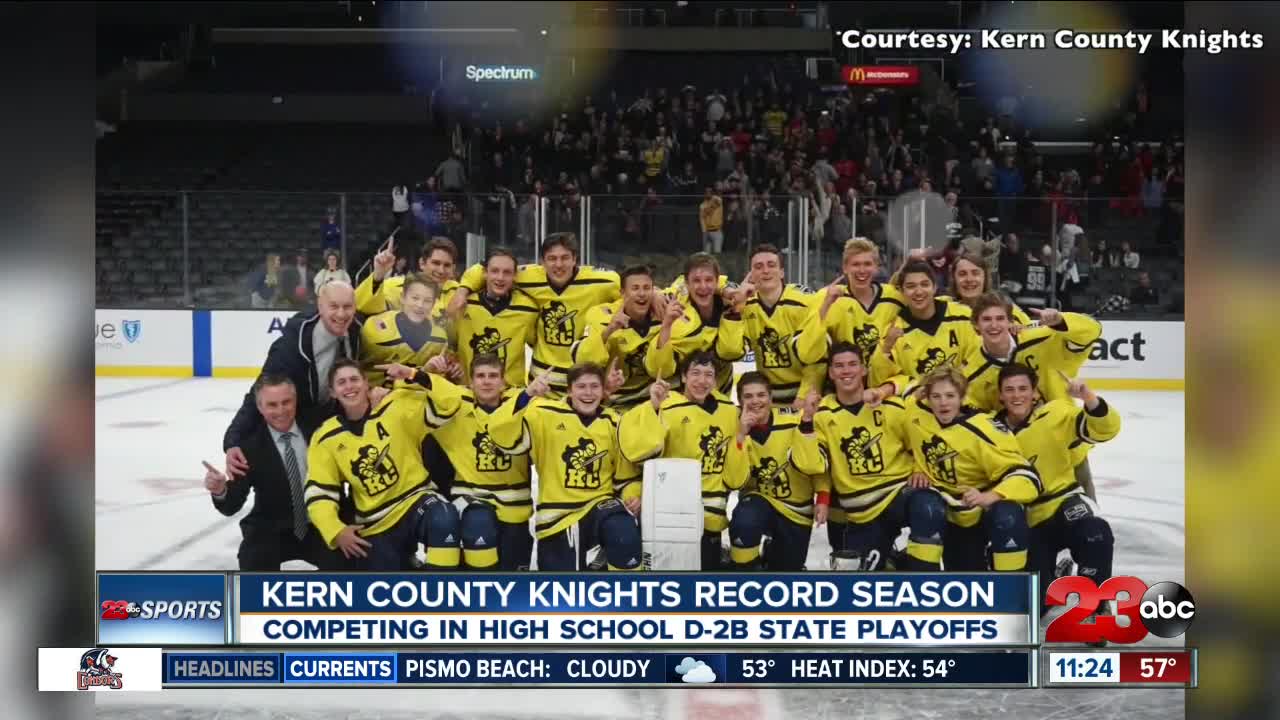 BAKERSFIELD, Calif. — The Kern County Knights became a team four years ago when the LA Kings created their own high school hockey league. During the 2019 season, the Knights have already put together a perfect, undefeated record and have earned their first ever league championship. But they aren't done yet.

They are competing this weekend for a state championship playing in the High School Division 2B State Playoffs in Valencia.

Looking to cap an already record-setting season for the team as they look to represent Kern County with another state title in sports this year.