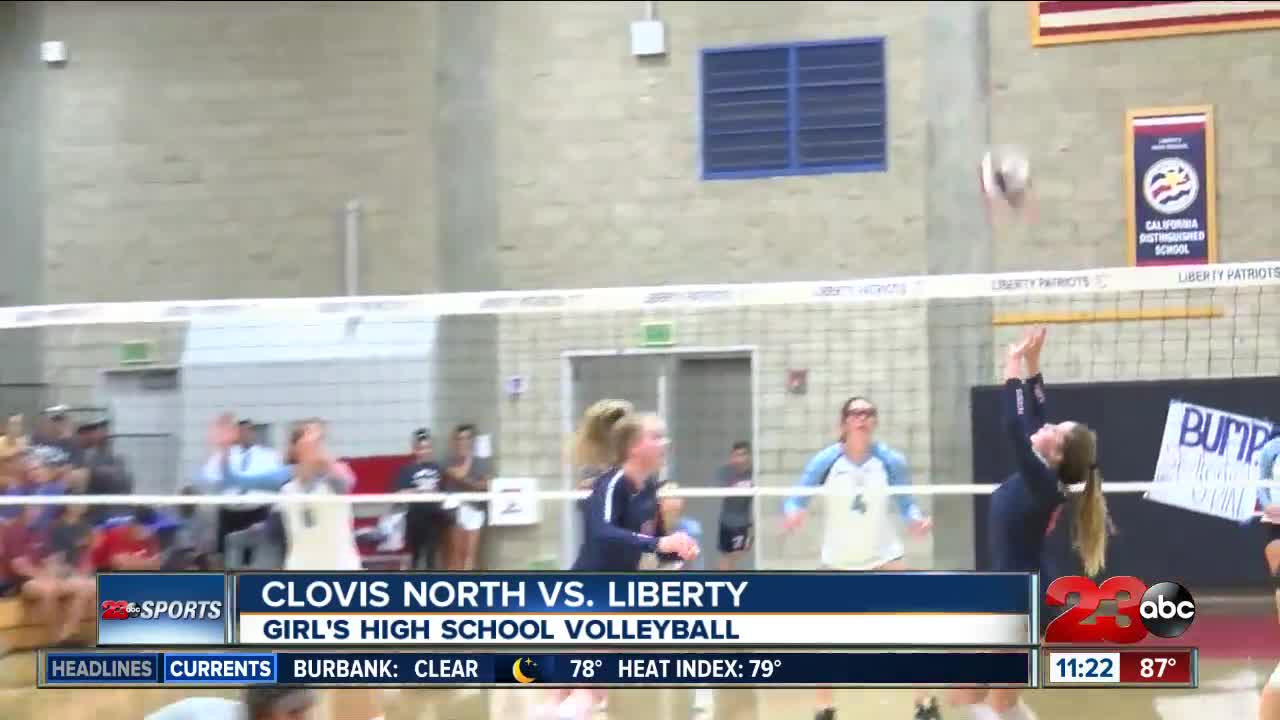 BAKERSFIELD, Calif. — The Liberty High School volleyball team wasn't going to be defeated by the Clovis North Broncos twice in under a week.

After falling to the top ranked team on Aug. 30, the Patriots came out strong at home with a three-set to one victory.

Brynna Slaton was a force to be reckoned with at the net. After dropping the second set, Liberty turned it into high gear to pick up the next two and grab the win.

They are back in action on Sep. 10 at Clovis West High School.