Liberty quarterback Hayden Mann spreading the love to his offense 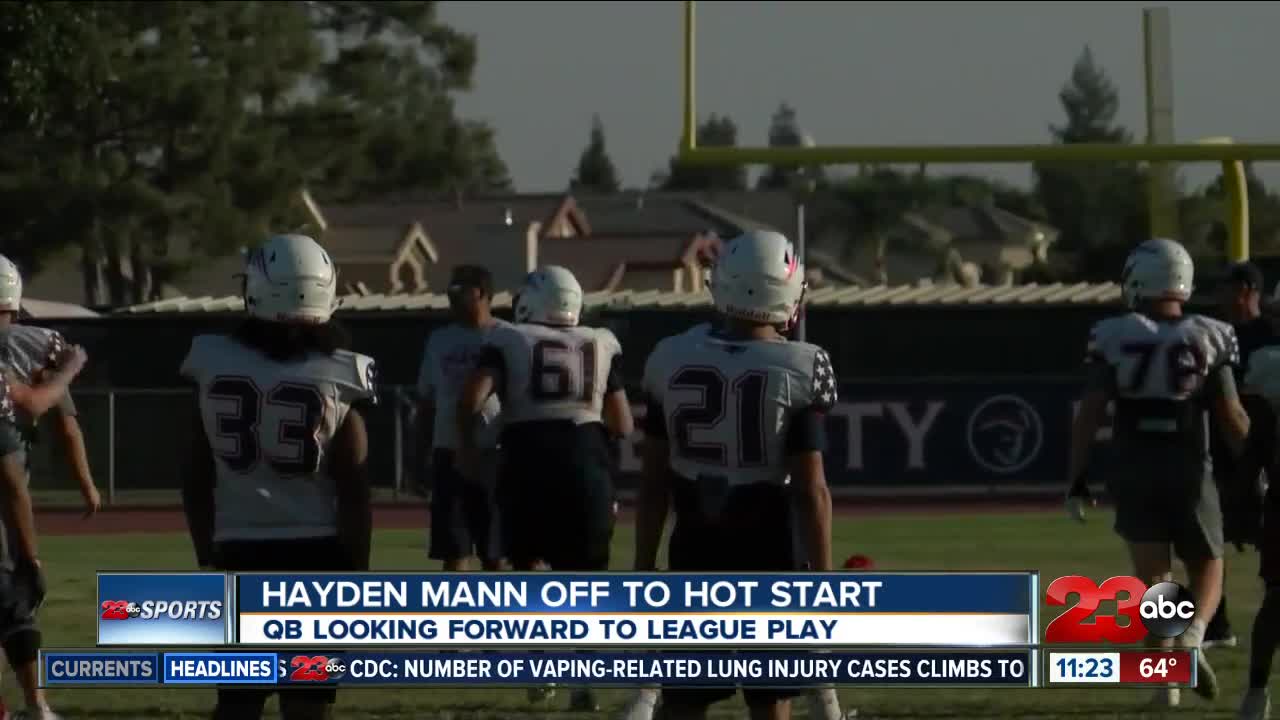 BAKERSFIELD, Calif. — If you ask Liberty High School quarterback Hayden Mann about his offense, it's easy to tell that he's a fan.

“We have a lot of nice receivers and a nice pass pro and nice back that knows how to block," he said. "It's nice getting the ball moving around the yard and throw a litte bit but at the end of the day we like to run a little bit too."

Mann has been slinging it this season. He's thrown six touchdowns to four different receivers so far.

"No matter what position they’re on, If they’re on offense they have a big part of our offense," he said.

Mann and the Patriots open their league play against Centennial tomorrow night. Taking on their head coach's former team is fuel that this team will ride on to try and push them to another undefeated Southwest Yosemite League season.