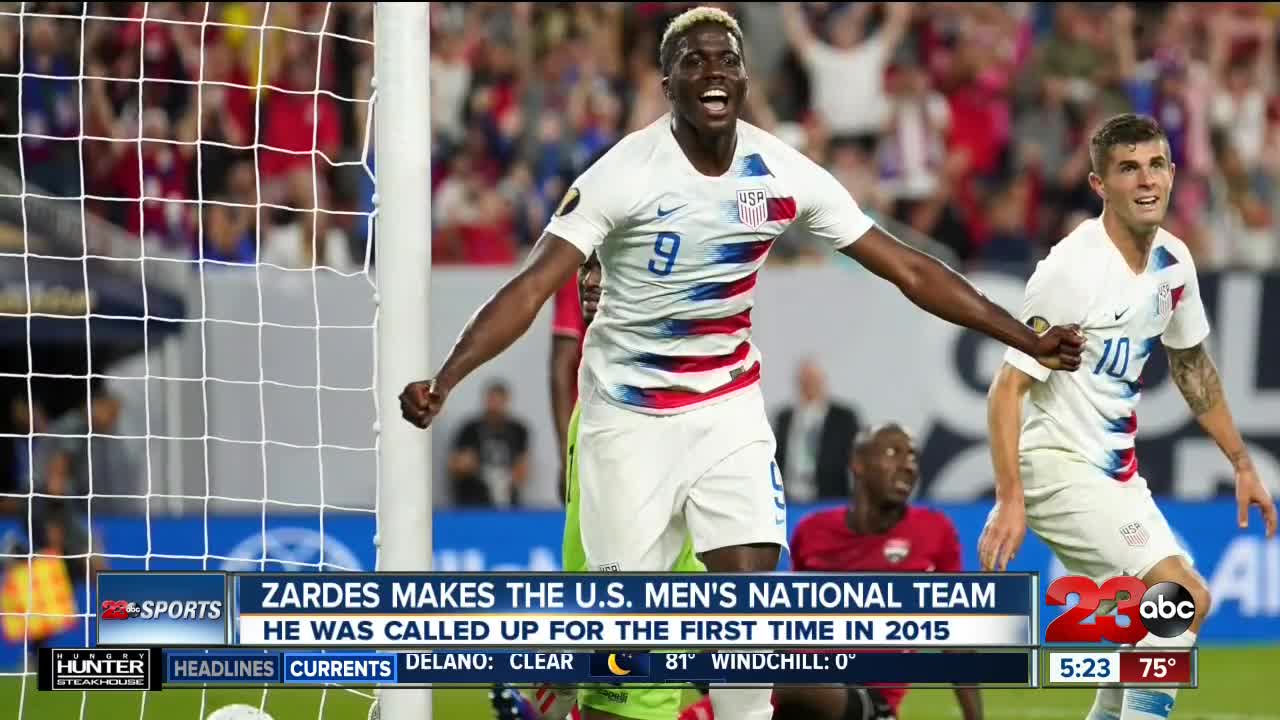 23ABC's Sports Director Kari Osep takes you through the local teams, plus how one former player is continuing to represent the country.

Fall sports are ready to get started at Bakersfield College and California State University Bakersfield. 23ABC's Sports Director Kari Osep takes you through the local teams, plus how one former player is continuing to represent the country.

A Roadrunner will be donning the red, white and blue for the United States men's soccer national team. Gyasi Zardes was named to the roster Wednesday.

Zardes has 51 caps with 10 goals and nine assists. He scored three goals in the gold cup group stage during the last international window. He was first called up to the national team back in 2015 when he scored his first international goal.

The men's team has gone 1 and 2 in the preseason. They kick off their regular season in North Carolina. With a game at Elon followed by Duke this weekend.

The CSUB volleyball team will get their season underway this weekend at the Sacramento State Hornets Invitational. The team comes in ranked 6th in the pre-season WAC coaches poll.

Giovana Melo enters year six as the Roadrunners director of volleyball. She thinks a big part of this year will be coaching to this group's strengths, which means adapting some of her own ways.

"Normally the teams I've had they sort of go in the way I am and they like that, the way that I am and the high intensity that I have. Not that this group doesn't, but I just know that this group especially in tough moments needs me to be a little bit calmer than anything else."

This season marks the last in the WAC for the Runners, but ending that run on a high note will take some hard work.

"A few teams returning a lot of players. The conference will be as competitive if not more competitive than last year, so it's going to be a tough conference for sure."

The Renegades football team had a scrimmage at Antelope Valley Thursday night for their preseason game. But the regular season kicks off at Memorial Stadium against Mt. San Antonio on September 7th at 6:00 p.m