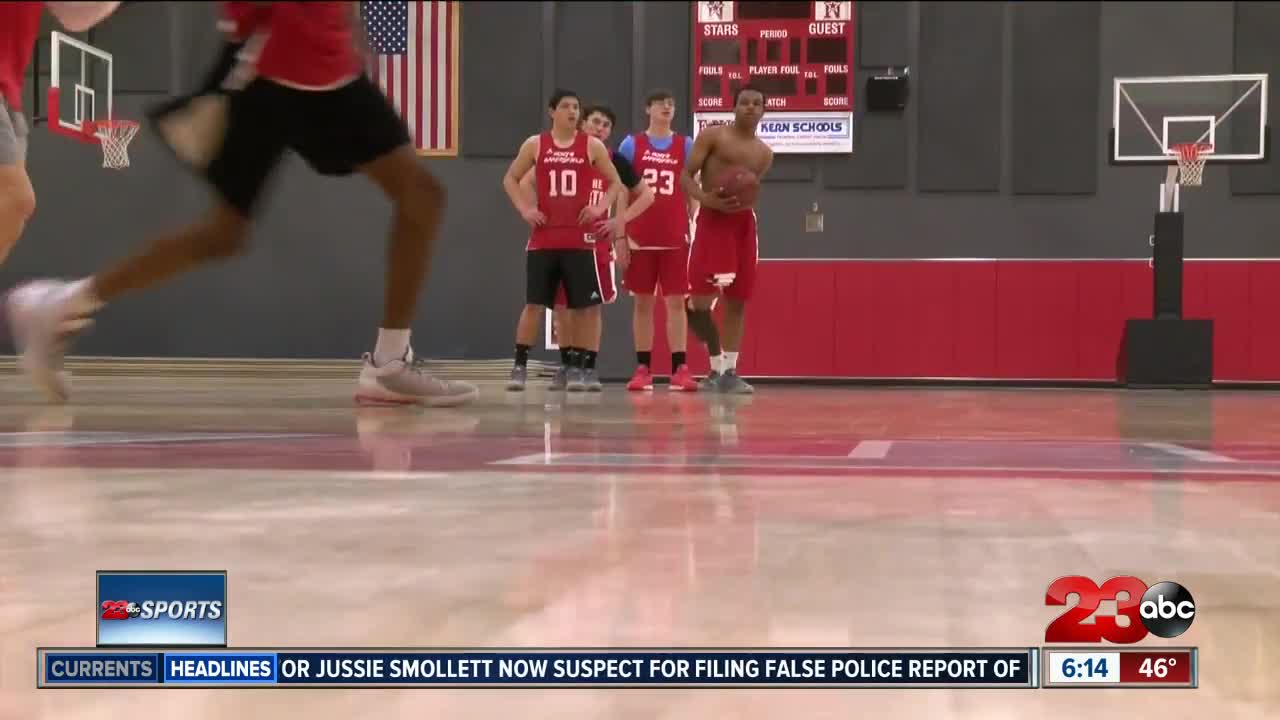 BAKERSFIELD, Ca. — A.J. Shearon isn't new to coaching basketball. He isn't even new to coaching high school basketball in Bakersfield, but this season was his first as the head coach of the North High boys basketball team. Following a season of doubt and the start of a new season with a new coach, the expectations for the Stars wasn't very high, but the boys quickly bought into Shearon's methods and it led to success on the court.

"Came off from a bad year last year and we’ve just overcome a lot of problems. He became a great coach for us, he’s like really changed a lot for us," senior Tymer Mitchell said. "A better culture here at North High. We’ve had a great year."

“Being their third coach in four years, that’s a lot to ask for another new guy to come in that they don’t know for them to give their support and their trust, and they did, and I think they are reaping the benefits of that this stage in the season," coach Shearon said.

And, there was one lesson that the players really listened to.

"To always stick together and be a family. And just play hard," junior Larry Atkerson said.

Playing hard was something they did all year long, that would eventually lead to a league title against one of the toughest opponents in the county, Foothill.

“To be able to pull of the league title was really special. It was a goal that we set out early last summer. To be able to get it outright was a huge accomplishment and I think gave us a good boost of momentum moving into the playoffs," Shearon said.

A season with no expectations turned into a league championship and a sectional playoff run, and hopefully a good foundation for the Stars to build on moving into next year.