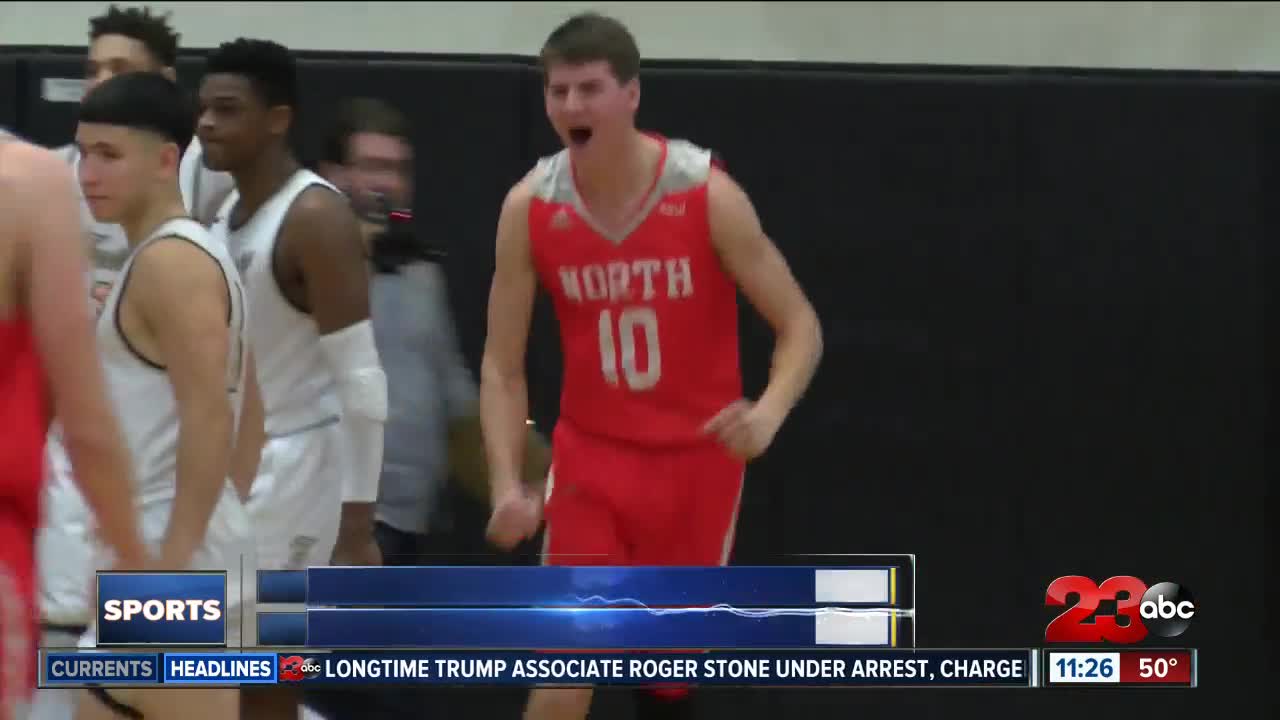 BAKERSFIELD, Ca. — In the ongoing battle in the Southeast Yosemite League, North took the edge on Friday night with a thrilling 64-63 win over Foothill. The Stars currently lead the SEYL standings at 6-1, while the Trojans fall back at 5-2.

The Stars had a handle on this one late with a double-digit lead heading into the final quarter but Foothill crawled back. Some key threes from Cesar Valdez and Jaden Phillips helped the comeback effort. Phillips' three put the Trojans closed the gap to one point. But with a second on the clock, North's Shannon Ferguson would intercept an inbounds pass to shut the game down with a 64-63 victory for the Stars.

With three regular season games remaining, Foothill, East and Mira Monte will be knocking on the door for the league title if North doesn't close out with wins. North will host the Blades on Wednesday and then face Mira Monte on the road next Friday.