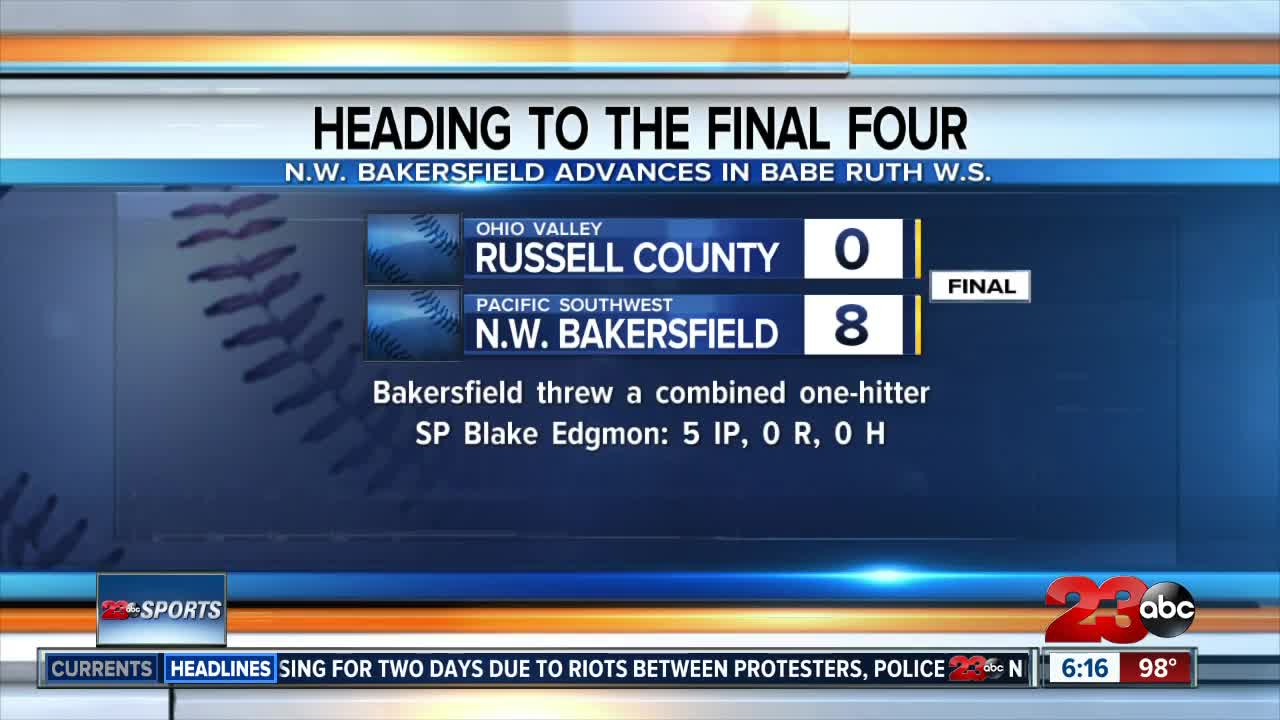 BAKERSFIELD, Calif. — For most kids in Bakersfield, they'll be heading to their first day of school tomorrow. But, the Northwest Bakersfield Babe Ruth Baseball team will be busy playing in a World Series.

The local team of 13-15 year olds is currently playing in the Babe Ruth World Series in Bismarck, North Dakota and advanced from pool play with a second place ranking in their division.

They now advance to the final four to play the first ranked team from Bismarck on Wednesday at 3 p.m. local time with a chance to play for the championship on Thursday.