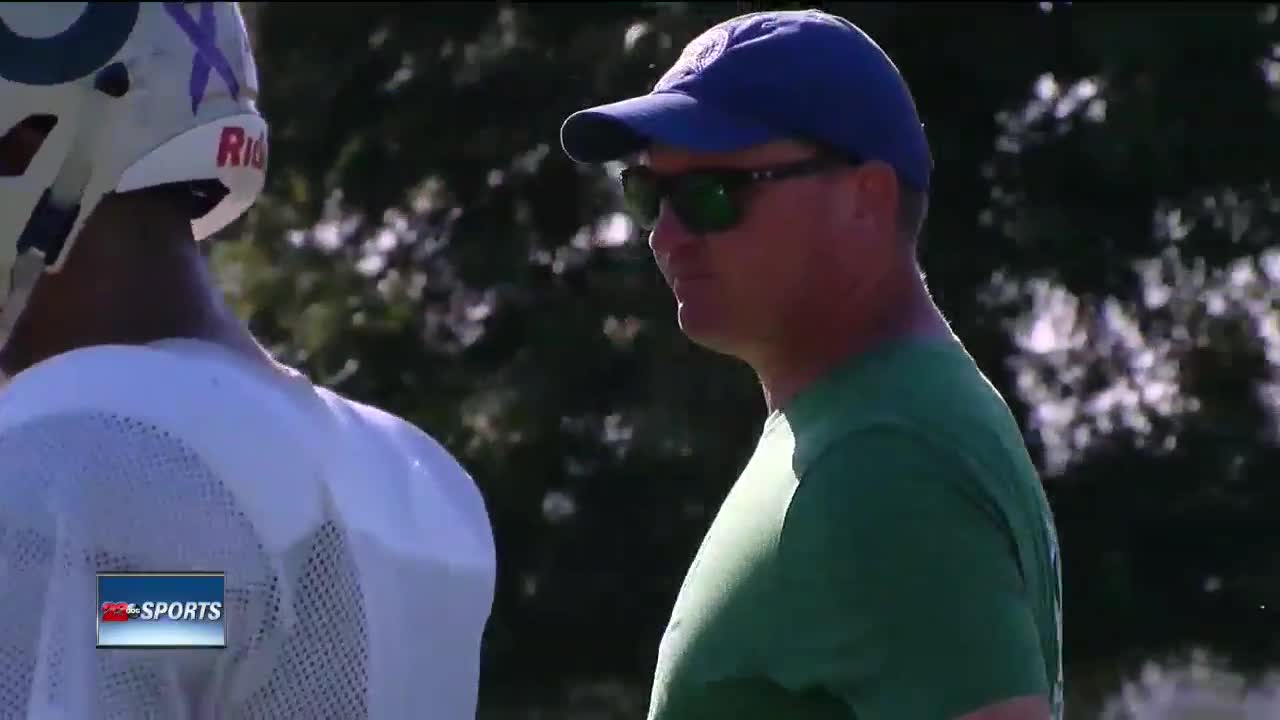 BAKERSFIELD, Calif. — The game the county has all been waiting we will be here this week as Garces Memorial will host Bakersfield on Friday, pitting Paul Golla, head coach of the Rams, against his former team.

After nearly 15 years at the helm for the Drillers, Golla took a leap of faith to join the Rams as their head coach this past offseason.

Both Garces and Bakersfield haven't gotten off to hot starts in 2019, sitting 2-4 overall and in search of that first league win.

The Rams will be eager to hit the field on Friday, but Golla is making sure they keep everything business as usual in terms of preparation while he tries to prepare himself for the emotions that will come as he lines up opposite of his former team.

"I'm just kind of pretending that it is what it is. Focus on the process today and then on Friday, I'm sure it's going to be a little more emotional than normal but that's the fun of the game and hopefully it's two friend going against each other," Golla said.

Also realizing the atmosphere that this game will bring to Tobias Field.

"It will probably feel like the championship game, you know, the CIF Championship Game which is fun and that's why you want to play, the little more excitement and the big thing is doing what we do and having fun," Golla said.

Now leading a new team, the Rams have bought into his message as they get ready for week eight of the season, saying they haven't really focused on this matchup until this week.

"Honestly, I think it's the first time it was brought up and just don't worry about the other team and just keep playing our own selves," Garces wide receiver Dom D’Amato said.

"It's hard because everyone on this team is passionate for the game and everyone has a different game mode but Golla has been preaching on staying focused and keeping a level head so we got to do that," Garces running back Jalen Smith said.

Just like Coach Golla, the team knows it will be an exciting atmosphere.

"It's going to be awesome and it's definitely going to be the biggest game on Friday night, it's going to be really fun to play in and hear what people have to say about it," JonPaul LaFever said.

"It would be nice to show out at home so yeah, it will be real fun," Smith said.

The two team will face off on Friday at Tobias Field.