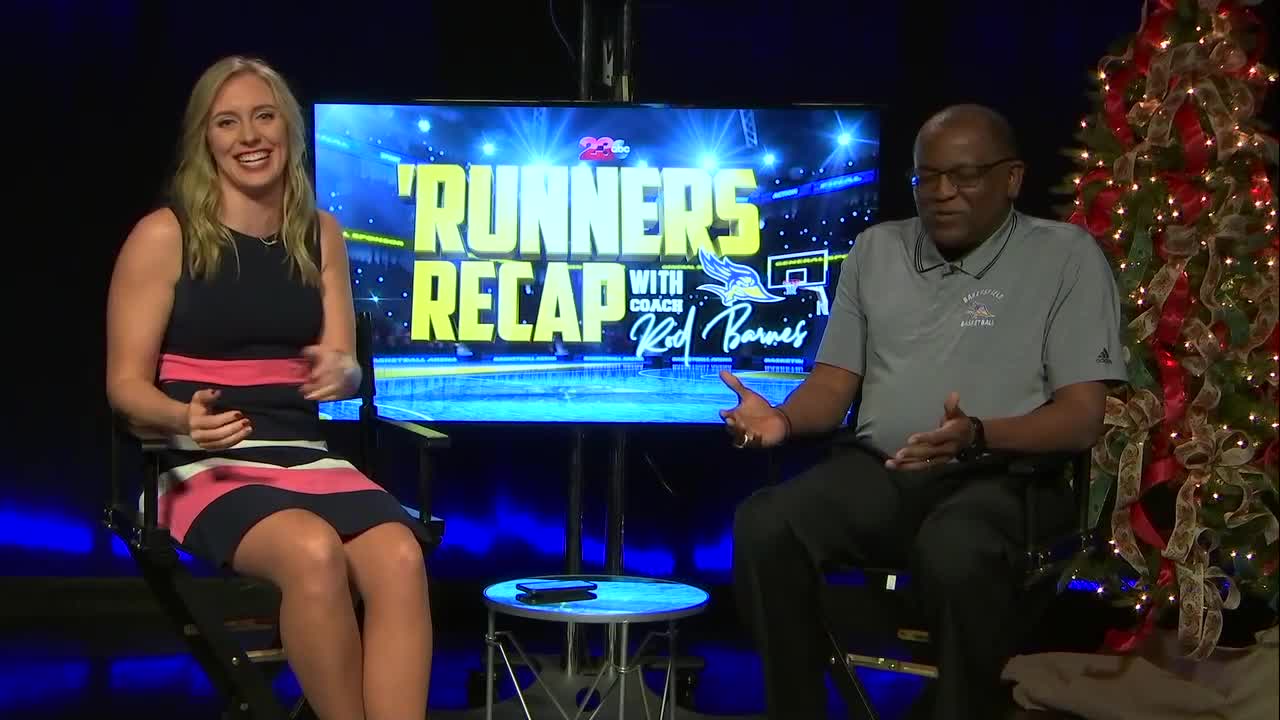 BAKERSFIELD, Calif — Episode 11 of the 'Runners Recap with Rod Barnes. A weekly segment on 23ABC where Kari Osep sits down with head coach Rod Barnes of the CSUB men's basketball program.

This week Coach Barnes looks back at the 'Runners win over Lamar and who stepped up to lead a second-half surge to beat the Cardinals, 86-65. The team is gearing up to hit road with the looming game between No. 8 Gonzaga, but first CSUB looks forward to finishing the year out with an unblemished record at home for the 2018 portion of the season. Barnes also previews the upcoming game against Cal Poly and the return of an old rivalry between the two teams. And, things end on a sentimental holiday note ahead of Christmas.

As always, Kari puts coach in the hot seat with five random questions at the end during the 'Breakdown with Barnes'.