When you think of cross country, many different sounds come to mind that define the sport.

Feet hitting the ground. Heavy breaths. Coaches' time cues. People cheering. And on race day, the shot from the gun.

For Adolfo Escudero-Mendoza, he experiences something different when he's racing. A silent one.

Adolfo was born deaf and has never experienced running any other way.

Although he is running in silence, his passion for the sport isn't.

"It’s like freeing to just be able to go out and run and enjoy that process," Adolfo describes his love for running. 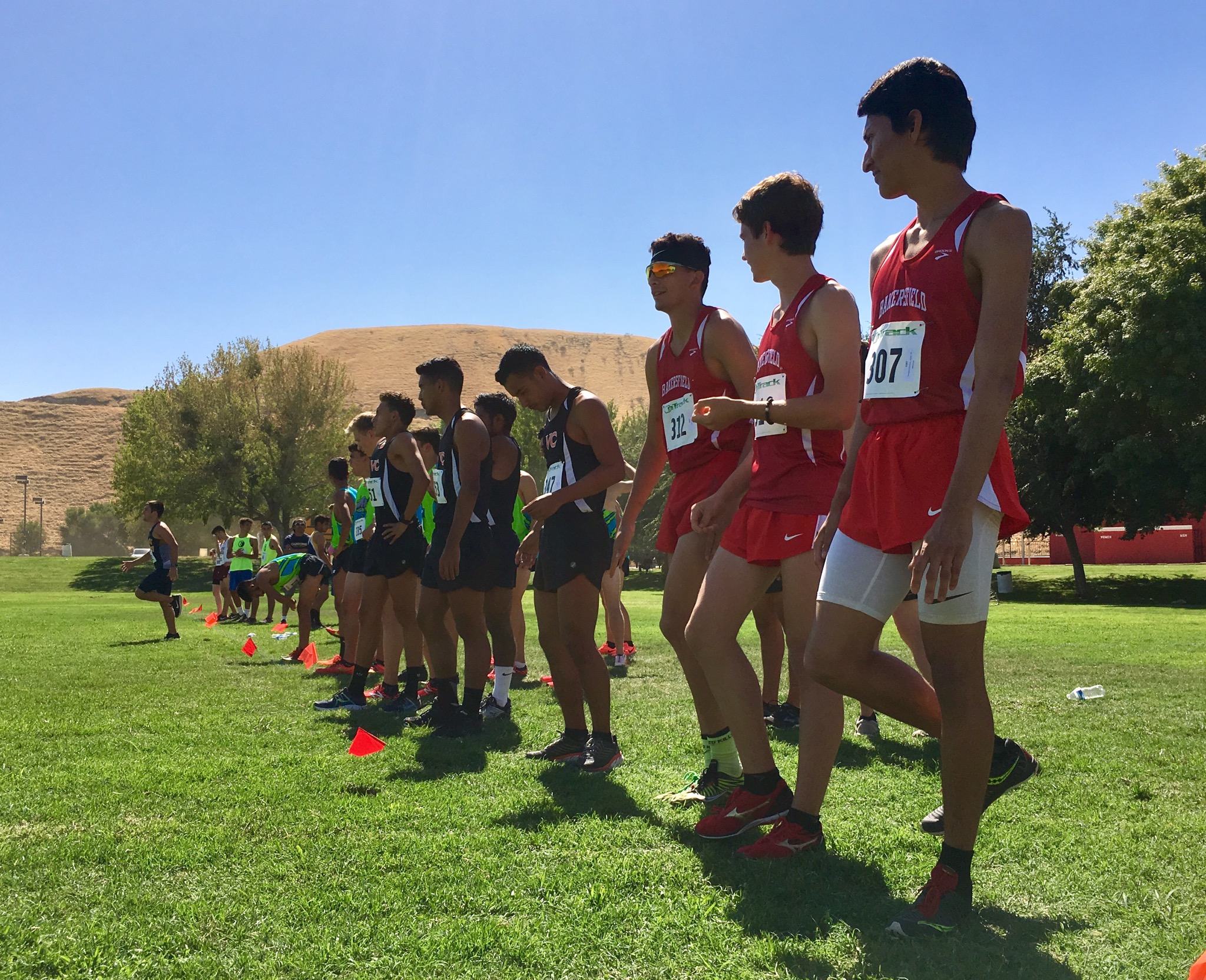 "And, I wanted to just show people that it doesn't matter what sport you join in, if you’re deaf, you can still do it, you just have to believe in yourself and believe you can do it."

And when the cross country head coach at BC, Pam Kelley, sees her runner, she just sees his work ethic.

“It’s always motivating to me that they are able to do this, go out and perform and be able to enjoy it  and be a part of something that everyone of us can experience, and I think that’s the most I get out of having Adolfo," Kelley said.

Although, he may be the only athlete running in silence, he doesn't feel any different.

"I’m normal just like them and we’re equal. I just can’t hear, that’s it," Adolfo said.

And like many runners, Adolfo discovered his ability to compete in cross country while in high school at Highland.

"My older sister ran cross country and that made me have interest in it as well, so my freshman year I was on frosh-soph cross country and I really enjoyed running the courses. And I noticed that my sophomore year I made varsity. And, really, my motivation can from my family and my coaches and they were very supportive as well as my teammates," Adolfo said.

But unlike the runners on his team and his competitors, he cannot hear any form of cheering or motivation, time cues from coaches, and he cannot just talk with his teammates.

Emily Lopez, Adolfo's interpreter, is there to make sure he can communicate with other and be communicated with during workouts and on race day.

While Adolfo learns how to adapt to his new team, his teammates were happy to learn a new way to communicate with him.

"So, when we cheer for him we shake our hands like this, this is the equivalent of cheering for someone. And of course, when we have our workouts, this is fast, if you pull your fingers in fast, or if we warm up, this is warm and then ‘u’ and ‘p’ for up," Adolfo's teammate Angelo Benitez said about learning how to communicate together.

"I thought that was really special that they wanted to be a part of things and I see them making sure he goes with him or making sure he does things with him", coach Kelley said.

"It makes me happy. I feel the support from them and they try to include me," Adolfo said.

The freshman runner believes there is no difference between him and his teammates, but Angelo recognizes Adolfo's unique perseverance.

"I know when I’m feeling it, I like to complain. Adolfo doesn't have anybody to complain to," Angelo shared. "He just pushes himself through it. He makes a really good role model for a lot of us, too."

A leader without knowing it, it's really simple for the runner proving the only ability a person needs for success, is having faith in your abilities.

"I just think about believing in myself and I know that I can do anything I put my mind to and focus on that through my runs," Adolfo said.