The voice behind the voice: Ryan Holt 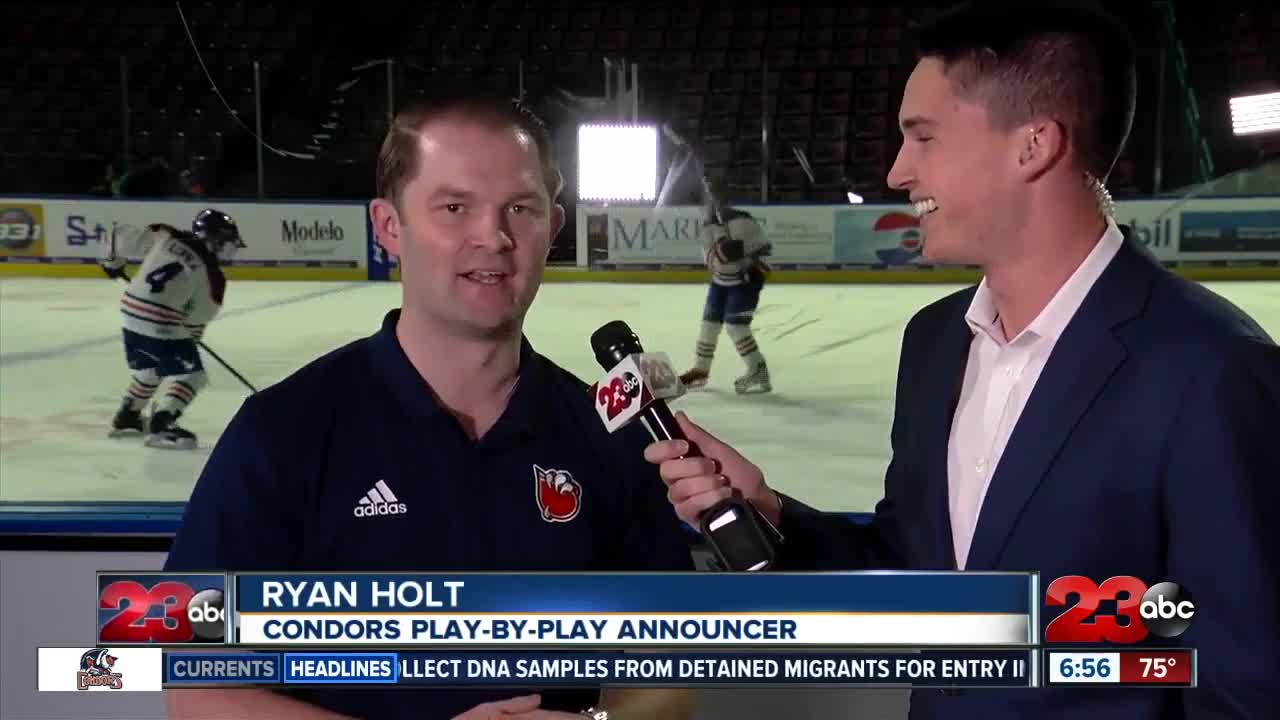 BAKERSFIELD, Calif. — Ryan Holt was determined to be the play-by-play broadcaster for the Bakersfield Condors.

“I actually applied for the job fresh out of college back in 2010," Holt said. "I didn’t actually get the job the first time. The job reopened the following summer and ended up getting it the second time when and now I've been here for the past eight years.”

Holt grew up in Massachusetts and loved listening to any Boston announcer. He got his start calling games as a kid too, before the games were real.

‘My parents would say I think when I was younger, I used to broadcast my video games," he said. "I think that’s how most people or at least my age kind of playing video games and you just happened to call the action as it was going along”

The video games have turned into more than a hobby. Nearing nearly a decade in Bakersfield, Holt has seen the Condors rise from the ECHL to the AHL; with a trip to the Calder Cup Playoffs just last season.

He has settled in nicely here in Bakersfield, but team president Matt Riley knows there's still a little East Coast in him.

“Well besides his Boston accent, that has kind of mellowed out a little, we’re we’re okay with it I think," Riley said.

Holt also serves as the Director of Media Relations, a job that drives him to the arena about 13 hours before any puck drops.

“There’s a lot more that goes into a game-day than show up, stick a microphone in front of your face and call a game," Holt said. "Even in-game, its a lot of social media, its a lot of interaction, it never stops”

With season nine quickly approaching, Holt is already gearing up for another year at the ice. But he knows that soon enough this job could take him to another arena, another team and another league with the word 'National' in front of it.