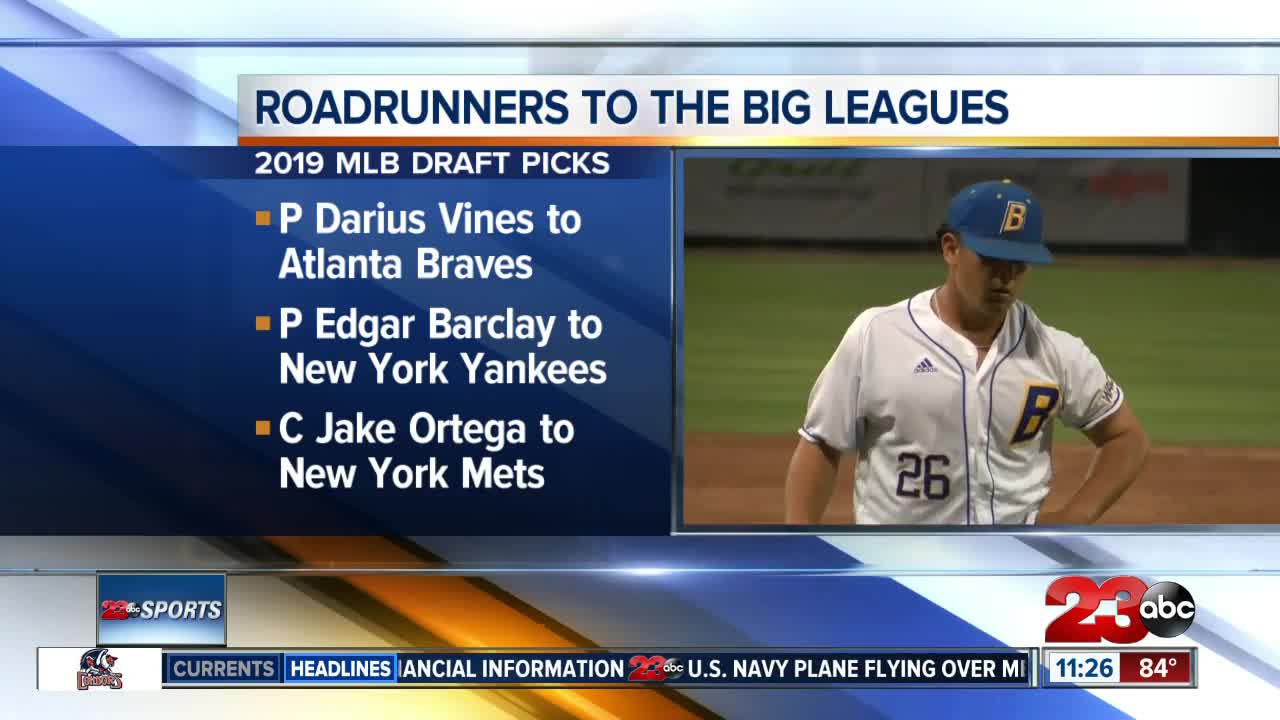 The first to get picked up was junior pitcher Darius Vines. The JuCo transfer was taken in the seventh round as the 217th pick by the Atlanta Braves. Vines originally from Oxnard, Calif., he transferred from Yavapai College in Prescott, Ariz. to CSUB this ahead of this past season, throwing 98 strikeouts and finishing with a 4.10 ERA. Vines is the highest draft pick for the Roadrunner's program.

The second player to get drafted was junior pitcher Edgar Barclay. The Hawaii native was picked in the 15th round as the 465th pick by the New York Yankees. Barclay also came to the 'Runners bump from a junior college and made an immediate impact leading the team with 111 strikeouts posting a 3.69 ERA.

The final 'Runner drafted was senior catcher Jake Ortega, going in the 27th round to New York Mets at pick 838. Native of Mission Viejo, Ortega finished his CSUB career leading the team with a .326 batting average and 31 runs.