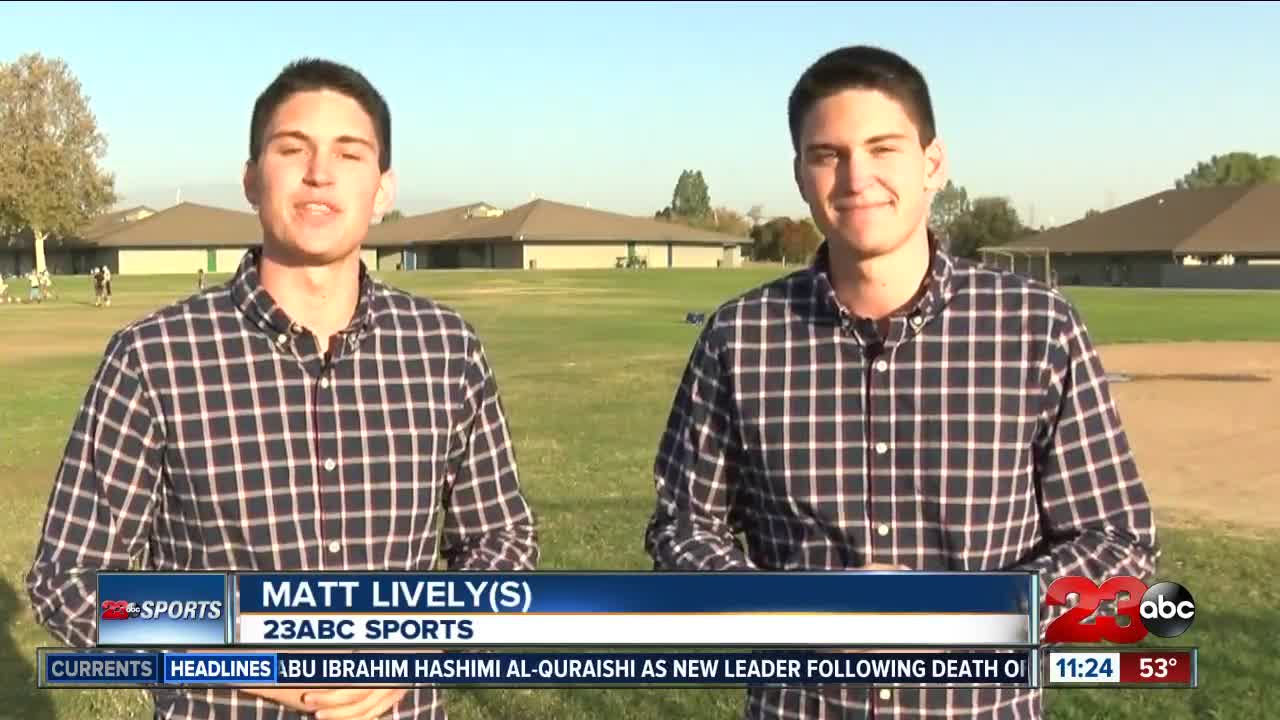 BAKERSFIELD, Calif. — Matthew and Lucas Ortiz are hard to tell apart when they line up at center and guard for the Highland Scots football team. They're both about the same height and weight, they have a similar hair cut and move just about the same. It's also worth noting that the two are identical twins.

“It’s pretty crazy, not too many people can say that their brother is the center and they’re the guard," said Matt Ortiz.

The brothers began playing football in the fourth grade. They've been protecting each other on the offensive line ever since.

“It’s actually very cool experience, not too many people have that actual chance," said Lucas Ortiz. "There aren’t a lot of twins, especially offensive linemen.”

For coaches and teammates it can be hard to tell the two apart, especially while wearing helmets.

“We were making a joke a couple weeks ago that one of our coaches was yelling for one, I think he was yelling for Matt and staring at Lucas, and Lucas was staring back at him knowing it wasn’t him," said head coach Michael Gutierrez.

The two have even thrown their opponents off.

“It’s happened a lot this season, they’ll be like, oh you guys are twins, you guys look alike. Your guys numbers are consecutive," said Lucas.

Maybe the best advantage they have is their communication. After all, it is rumored that twins share the same thoughts.

“We’ll be on the field, we’ll be thinking who needs to make our blocking adjustment and we’ll think that and we won’t even have to communicate it to each other," said Matt.

Matt and Lucas would like to play the sport at the next level but know that if this is the end, this journey was good enough.

“I’ve cherished every moment of it." said Lucas. "He’s my brother, he’s my blood, I’ve enjoyed being with him and working hard with him.”