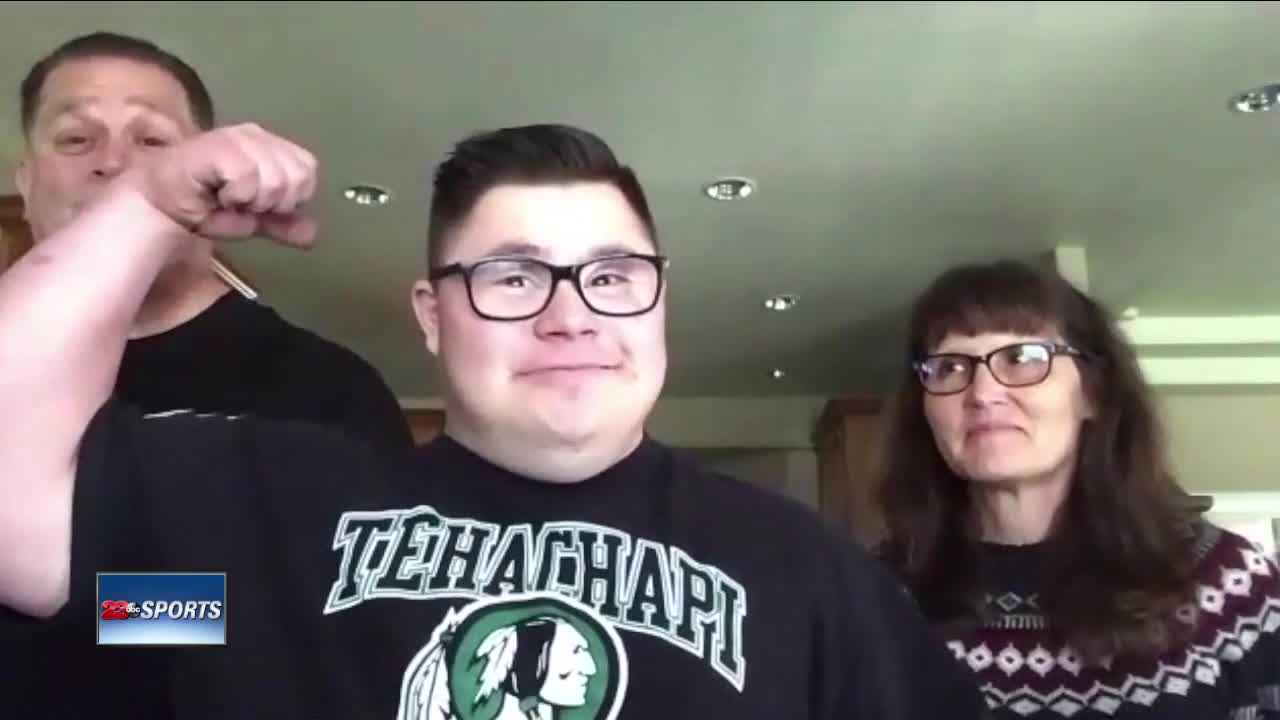 TEHACHAPI, Calif. — It’s not easy to bring together a family of ten during quarantine, but the youngest of the Alcaraz bunch has that kind of power.

He also has a different kind of power.

Garret Alcaraz, a senior at Tehachapi set a school bench press record lifting 355 pounds. The video of him lifting that weight racked up millions of views online after being shared by ESPN Sports Center followed by countless others. Even getting the attention of former Mr. Olympia, Arnold Arnold Schwarzenegger. Even asking to train with Garret once this pandemic clears up.

That got his brothers' attention.

"I'm always jealous of Garret, he always gets all the girls but I've gotten used to it, but when I saw Arnold Schwarzenegger shout him out and show how incredible Garret is and the impact he has on people," Kiel Alcaraz said.

"Pretty sure we were all fighting to see who he was going to go work out with him," Trevor Alcaraz said.

The star power is obvious, what may not be obvious, is that Garret happens to have down syndrome. So, while he’s busy breaking records, he’s also breaking some barriers as he's now just 45 pounds shy of the Special Olympics bench press record.

"To do what he did. I mean, it's just it's magical, you know, I mean it's just I mean for him to have a disability and to be able to do that is just, you know, amazing," Trevor said.

When you talk with Garret's parents it sounds like he’s lifting more than just weights.

"And, he's happy that it lifted all these spirits, and gave all these people, motivation to work out, or just get gave them what they need in this time of day," Garret's dad Manny Alcaraz said.

His mom shares the same sentiment.

"Now my heart's full because he's just inspired so many people. We didn't expect it but it happened," Cheri Alcaraz said.

And when it comes to the Alcaraz family, a family full of personality and athletes, it’s also one full of love. Especially from the youngest, Garret.

When I asked him who the strongest person is in the family, he mentioned his three brothers who were also on the call. Not even naming himself.

While the world saw his physical strength, they also get to witness the strength of Garret's of his heart.