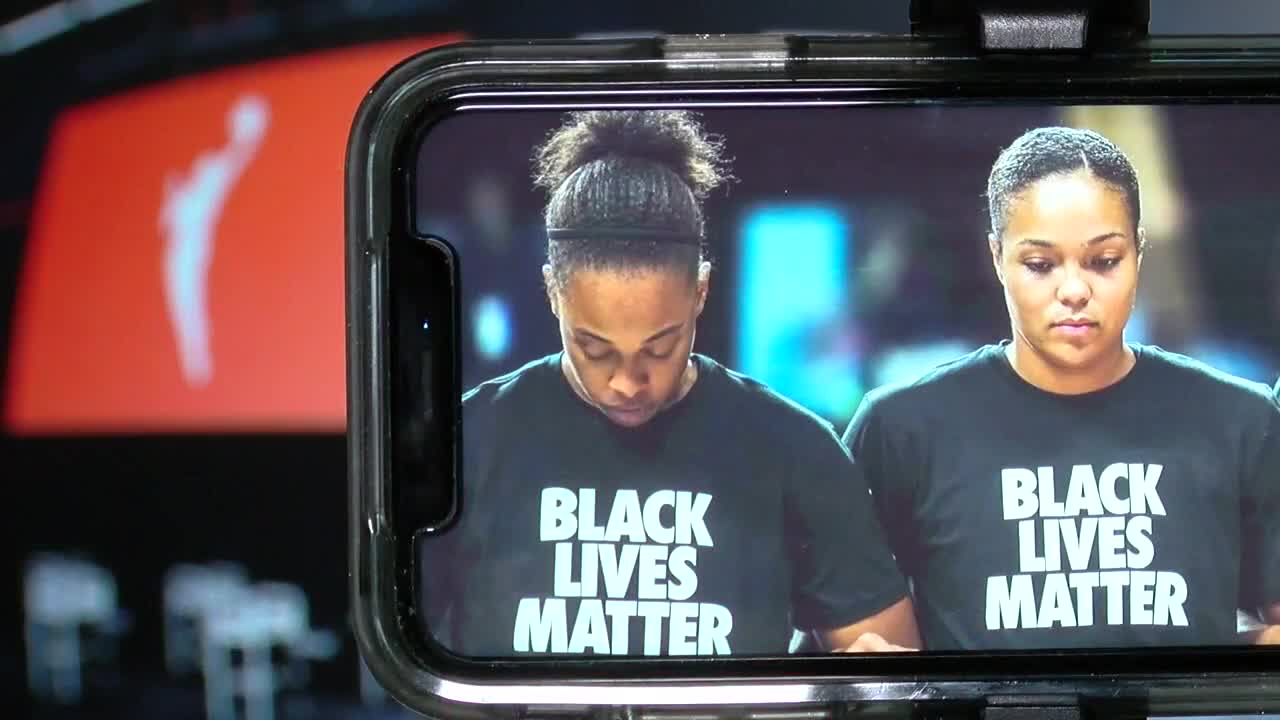 BAKERSFIELD, Calif. — Sports stood still back in March as professional leagues down to amateur sports halted action due to the COVID-19 pandemic.

More than six months later, happened again as professional athletes chose to stop in order to draw attention to what they believe is a racial injustice crisis in our country.

An issue that impacts the sports world in Bakersfield.

Erica McCall knew her journey in basketball was always going to be much more than the wins on the court and that passion led her to the WNBA.

A league that hasn’t always been in the spotlight, but one that has always been loud in fighting for equality.

"For me as a black woman, I have to speak up, especially with the platform that I have been in the what and people are listening to me speaking up against the injustice of the world, and ultimately just trying to create an environment in a country with more inclusion and peace and equality," Minnesota Lynx Forward McCall said.

The WNBA dedicated its entire 2020 season to honor the lives of black women killed by police violence showcasing ‘Black Lives Matter’ and ‘Say Her Name’ all throughout the IMG Academy.

And when the Milwaukee Bucks refused to play last Thursday in support of Jacob Blake, the women had no trouble doing the same, calling their movement, a day of reflection.

While the women unified as a league in Florida, countless athletes and leagues across the country unified under the same message.

"And to see the example of this love crossing, gender, when you talk about the WNBA, to the Major League Baseball to hockey. When you start to see that, you know, that there's a thread there, there's something there, which I call in love," CSUB Men’s Basketball Coach Rod Barnes said.

"What they're talking about is the people that are in communities that look like them that they're suffering. So I'm just thankful that we have guys with that kind of courage."

"It's weekly almost nightly that someone breaks down. It says something is wrong. We got to take pay attention," Barnes said.

Coming from a generation before today’s athletes, Barnes transitioned from an Ole Miss player to the Rebel’s head coach by the end of the ’90s.

And he’s making sure to continue evolving by learning new ways to share his own voice.

"We're in some very difficult, difficult times, you know, social media is such a powerful thing right now and even each morning I wake up and I said, How can I speak to this. You know the bar follows and how can I speak to those that follow Rob bars. Say something or encourage something to get us to quit building walls, you know, and start building more bridges," Barnes said.

Just like the sports world they compete in brings all types of people together, they are hoping the platforms in sports has the power to bring those people together outside of arenas and stadiums, too.

"I hope people can see that outside of basketball players and you know, professional athletes we are human. We are black humans who have to deal with racial injustice every single day. I hope the naysayers can change their mind and see why we're fighting for this, and truly just try to put themselves in our shoes, not our basketball shoes, but our everyday life shoes," McCall said.