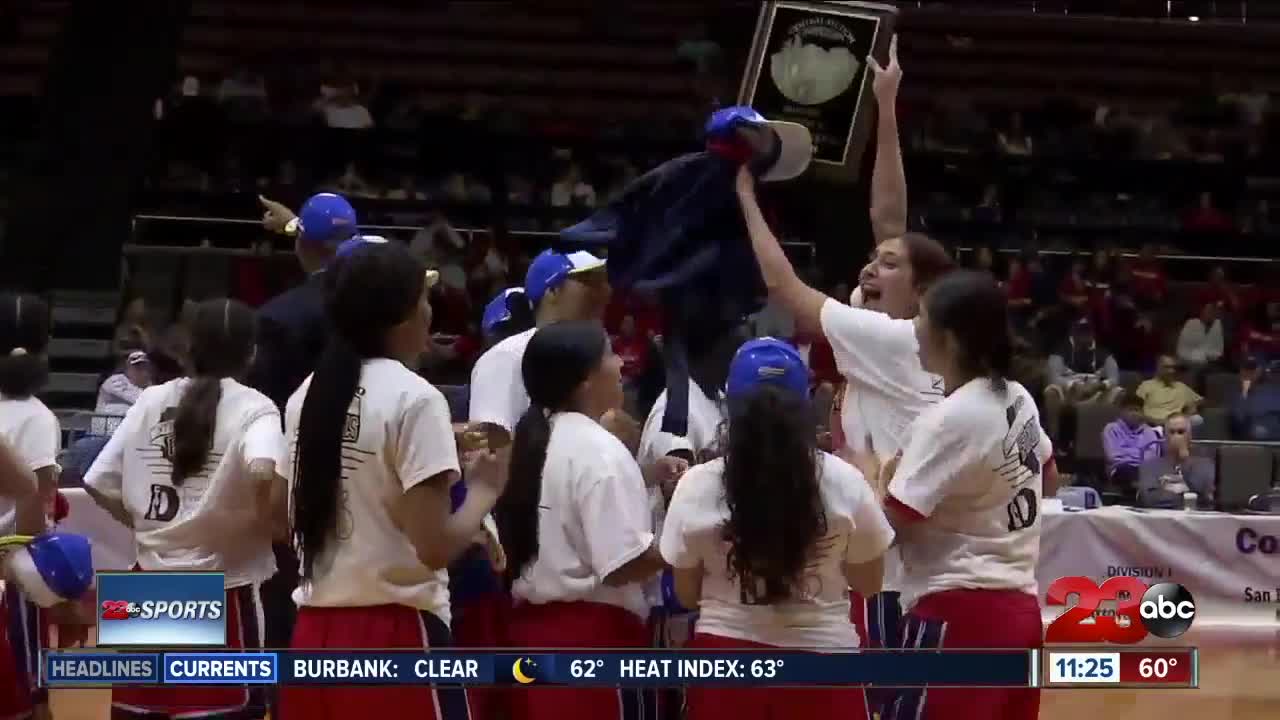 FRESNO, Calif. — Four Kern County teams opened up Central Section finals on Friday at Selland Arena in Fresno and out of those four, only three were able to walk away with a valley title.

In Division 5, the East Bakersfield Blades won their first valley championship in program history after reaching the finals for the first time in 84 years, beating top-seeded Strathmore, 43-39.

In Division 3, the Arvin Bears ended their sectional run as runner-ups as they couldn't handle the Porterville Panthers hot shooting, falling 65-39.

In Division 3 for the boys, top-seeded Bakersfield Christian finally was able to walk away from Selland Arena as champs for the first time after two straight losses in the finals. The Eagles won with a big second half effort, 62-44.

And in Division 1, the Bakersfield Drillers won their third straight valley championship as they took out Arroyo Grande 53-43. This was their first valley title in D1.

These teams will wait to see their seedings for state playoffs on Sunday.