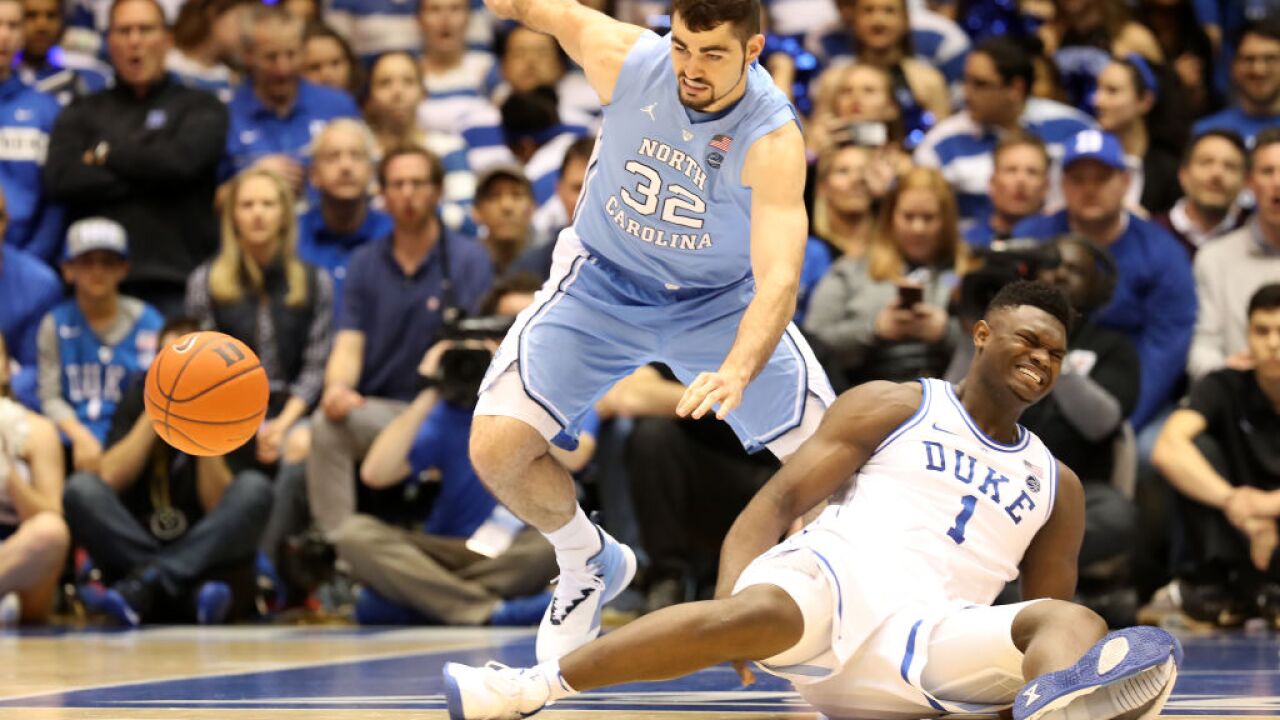 One of best college basketball players in the country suffered a knee injury during perhaps the highest-profile game of the season Wednesday night when his foot burst through the sole of his shoe.

Duke freshman Zion Williamson suffered what coach Mike Krzyzewski called a "mild knee sprain" just 36 seconds into the No. 1 Blue Devils 88-72 loss to arch rival and eighth-ranked North Carolina. He did not return to the game.

Williamson's injury occurred as he attempted to plant his foot while dribbling the ball early in the first half. As he attempted to stop and pivot with his left foot, his foot exploded through his shoe, causing him to fall awkwardly. Williamson appeared to be nursing his right knee after he hobbled off the court.

Following the game, Krzyzewski said Williamson would be evaluated Thursday and a timeline for his return would be determined then.

Williamson was widely considered a five-star recruit out of high school and is projected to be one of the top picks in the 2019 NBA Draft — should he choose to leave school. Because the NCAA does not allow its athletes to be paid, a severe knee injury could cost Williamson millions in potential earnings should it cause lingering problems.

Williamson was wearing a Nike sneaker during Wednesday game, as Nike has an agreement to outfit the Blue Devils in their apparel. While the terms of Nike's agreement with Duke is unknown because Duke is a private school, other schools receive millions of dollars from apparel companies in similar agreements.

"We are obviously concerned and want to wish Zion a speedy recovery," Nike said in a statement, according to ESPN. "The quality and performance of our products are of utmost importance. While this is an isolated occurrence, we are working to identify the issue."

Nike stock had fallen by about a point during early trading on Thursday.

North Carolina's road win over rival Duke put the Tar Heels in a three-way tie for first place in the ACC along with the Blue Devils and Virginia. The game was broadcast on ESPN in front of a national audience, with celebrities like President Obama in attendance.