Study says information police get impacts use of force, communication with dispatchers is key

Study says info police get impacts use of force 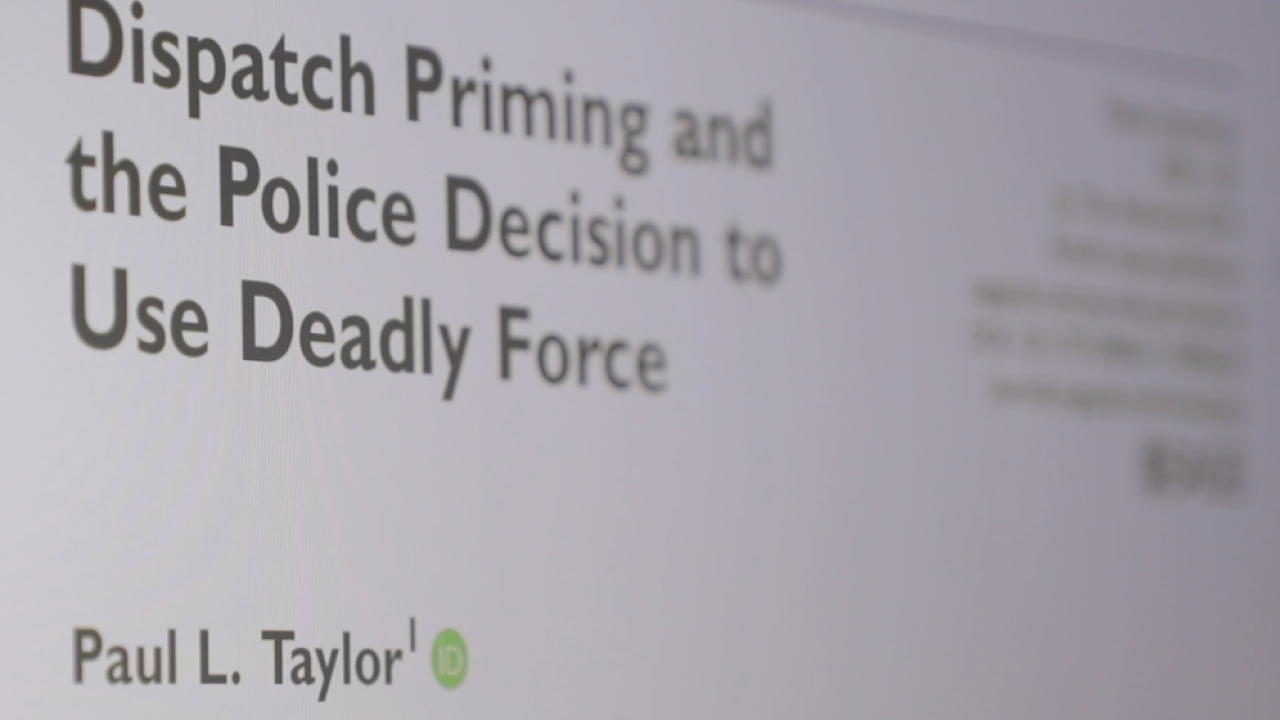 DENVER, Colo. -- When a cop receives a call about a suspect with a gun from dispatch, their mind starts racing.

“You start going over tactics in your mind. You start walking through the worst-case scenario, typically, of how you’re going to respond to and handle this incident,” said Don Mihalek, a former Secret Service agent.

But what if that info wasn’t quite right? The person calling 911 made a mistake. That can end in tragedy.

Paul Taylor is a former police officer and officer trainer. When running simulations with officers, he noticed something that caused some concern.

“One of the things that I saw is that I could drastically change use of force decision making and outcomes with small pieces of information at the front end,” said Taylor.

The use of force can mean a lot of things to police, but in this case, we’re talking about firing a gun.

Taylor noticed if he changed some of the information officers received in the simulations, it could change the whole outcome. So, when he moved to academics with the University of Colorado Denver, he decided to test the theory.

“A person appeared on the screen with their hands in their pockets, the person matched the description from the dispatch call. And after a little bit of time, a person rapidly produced a cell phone from their pocket,” said Taylor.

He ran a simulation where officers responded to a trespassing call. Sometimes, they got an update saying the suspect was on a phone or they had a gun.

“The group got the gun dispatch or gun update. They shot the person more than twice as often. So, when the person produced a cell phone, they shot them 62 percent of the time,” said Taylor.

That’s more than twice as often as the group that got no update. Only six percent of the officers who were told the suspect had a cell phone fired a shot.

“All studies have shown that eyewitnesses tends to be the most unreliable testimony, and also you need to take into adrenaline, fear, people are trying to process this dynamic situation that they’re not used to seeing,” said Mihalek.

Heinze works with an advocacy group for 911 dispatchers.

“The intake that’s received by the callers that are in extreme circumstances is based on their emotions and perceptions. There’s a lot of adrenaline going through your system,” said Heinze.

Heinze says the 911 system is 50 years old and isn’t taking advantage of new technology that could help get officers more accurate information.

“You know we’re talking about texts, and pictures, and video, and two way video and things like that,” said Heinze.

“We know that, from the time we’ve been playing tin cans or telephone as a kid, that information changes as it passes between people,” said Taylor.

But Taylor doesn’t want law enforcement to rely on the public getting better at reporting crimes. Instead, he wants authorities to develop policies and procedures around the human element. That means assuming that people calling 911 are going to make mistakes and learning from your mistakes.

“Where we find human error, whether that’s in aviation, nuclear power plant operation, medicine, we find an opportunity to improve, but that doesn’t seem to be the case in policing,” said Taylor.