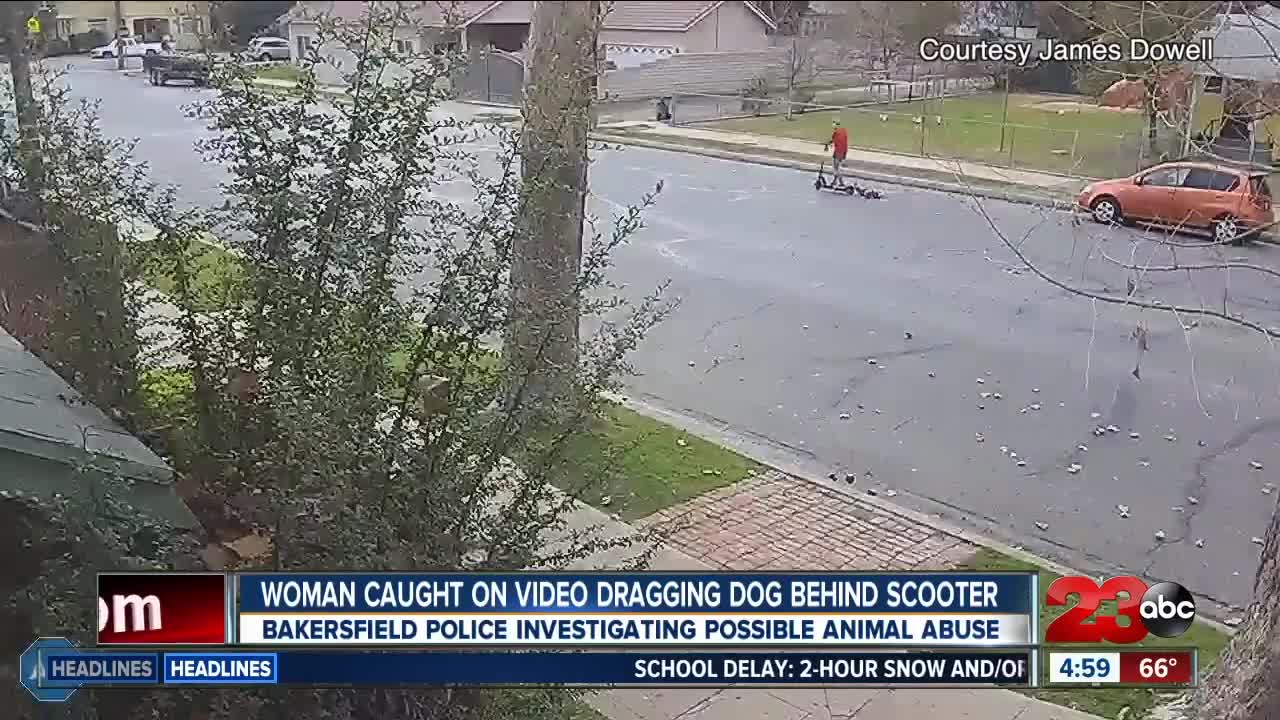 Viral videos that are making the rounds on social media appears to show a woman on an electric scooter dragging a dog on the street in Bakersfield. Pictures posted show the dog’s four bloody paws and blood on the woman’s shirt. 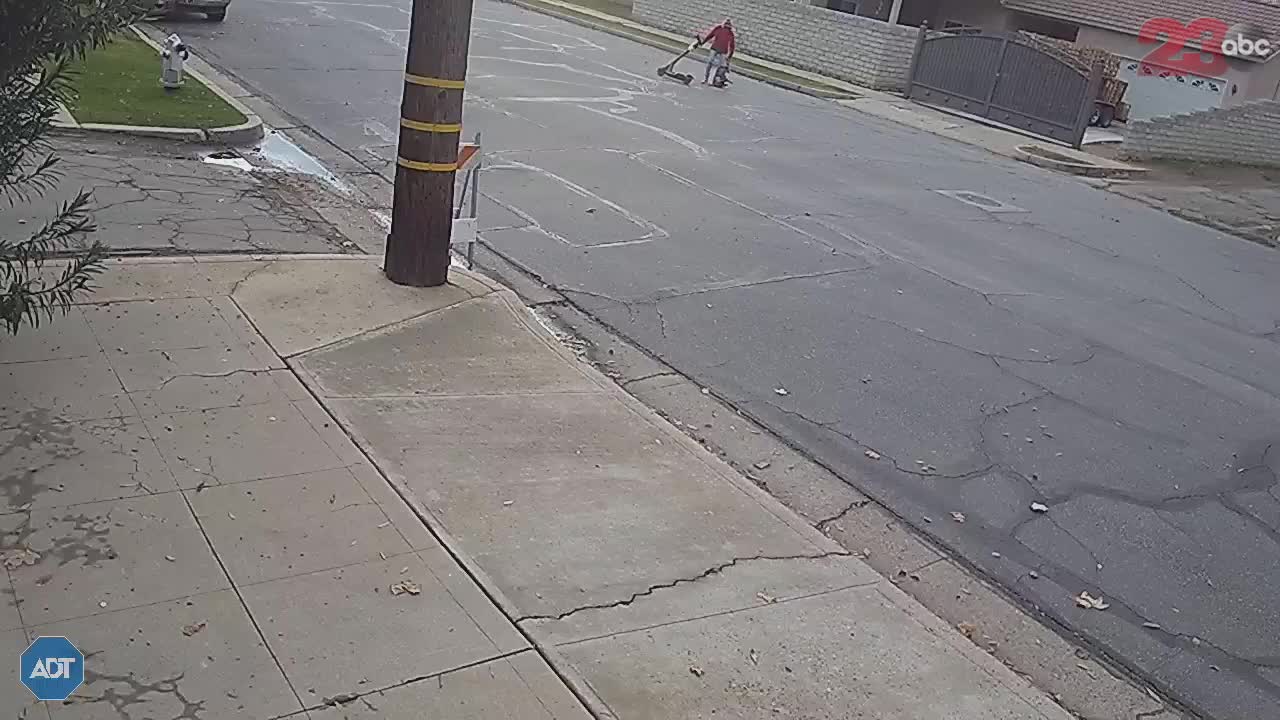 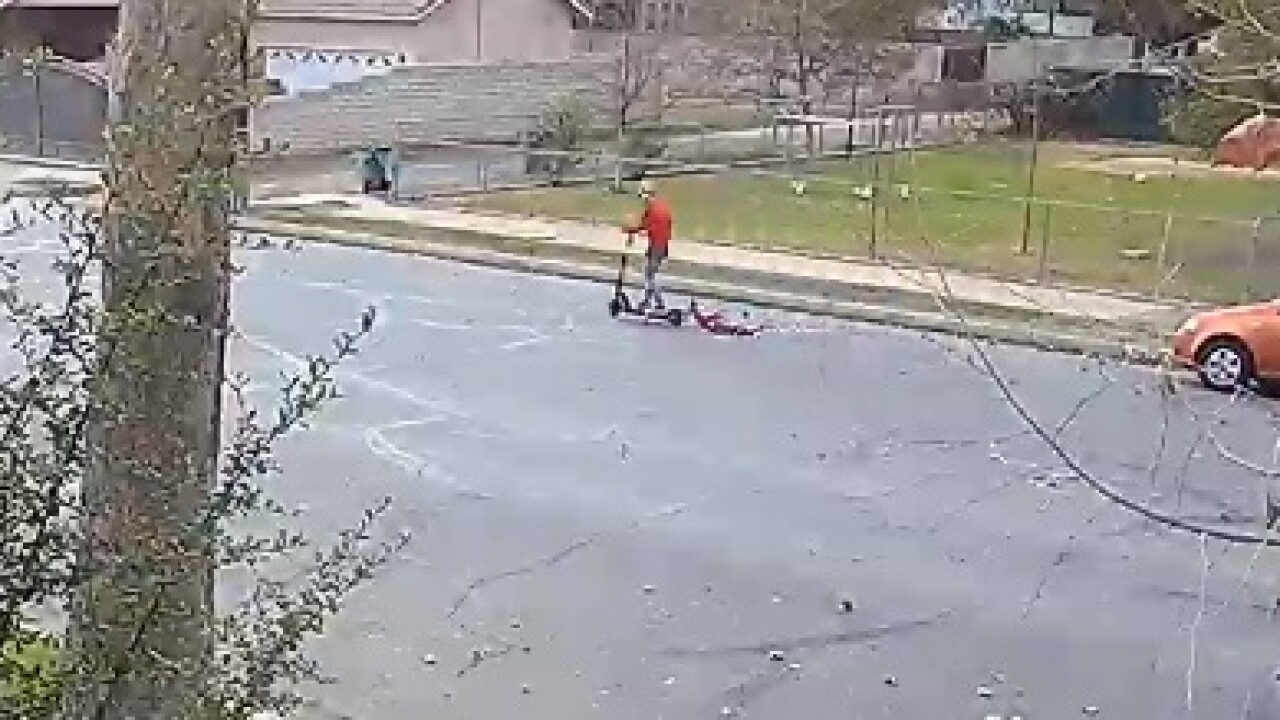 BAKERSFIELD, Calif. — A video of a woman allegedly dragging a small dog behind an electric scooter in Downtown Bakersfield is causing outrage across social media.

Over the weekend, viewers sent in photos to 23 ABC of a woman holding a dog with bloody paws and captions saying the woman had allegedly dragged the dog behind an electric scooter.

On Monday, another viewer contacted 23ABC with surveillance videos appearing to show the same woman dragging a dog on the ground while riding a scooter.

“It looked like a stuffed animal at first, because it was motionless,” said Brandon Sanders, who told 23 ABC he witnessed the incident with his girlfriend during a Sunday afternoon bike ride.

Sanders said, him and his girlfriend followed the woman yelling at her to stop, but the woman she was wearing headphones at the time and he wasn't sure if she heard them.

The video appears to show the person stop the scooter look at the dog and then drag it by the collar closer to the sidewalk before picking the dog up.

As Sanders got closer to the woman, he said he asked her if she and her dog were OK. Sanders said the woman said, "S--t happens just like it does with kids." "We told her no you don't drag your kids behind a scooter at 15 miles-per-hour," Sanders told 23ABC.

Sanders said “the dog popped it’s head up. It wasn’t making any noises or anything like that. It was kind of surprising, and when I got up closer, I could see all the bloody paws. It wasn't just one paw; it was all four."

Bakersfield Police says it's investigating the incident. No arrests have been made and no charges have been filed.

In a statement from Bird, the company said they continue to encourage people in the communities in which Bird operates to report incidents of irresponsible behavior using the scooter to the company as well as local authorities.

“We find the video to be deeply disturbing and are appreciative of the community for bringing it to our attention. This type of rider behavior is wrong and prohibited by Bird. As soon as we were made aware of the video, we began our own investigation of the incident and have suspended the account for the individual involved in the incident."

A Bird spokesperson said that they investigate all reports directed to the company and take appropriate measures, including removing people from the platform.