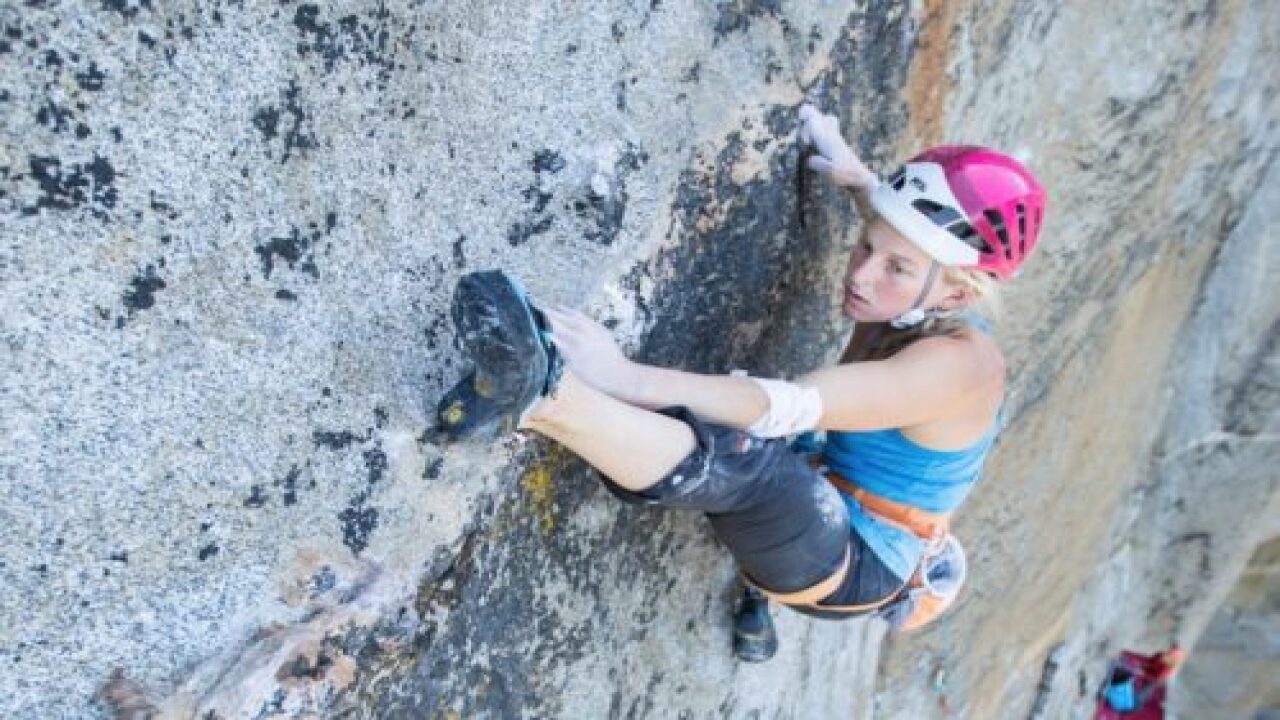 Emily Harrington is being celebrated for becoming the fourth woman to free-climb Yosemite National Park‘s famous El Capitan within a day. And she’s the first woman to do so via a very challenging route known as the Golden Gate, reported the San Francisco Chronicle.

Harrington made the free climb, using ropes to assist her only in case of a fall, in 21 hours, 13 minutes and 51 seconds. Only three other men have scaled Golden Gate in a day, according to Outside Magazine.

After several media outlets incorrectly reported that Harrington was the first woman to reach the 3,000-foot summit within 24 hours, she tweeted a clarification on her account at @emilyaharrington.

To be absolutely clear. I am the 4th woman to free climb El Cap in a day. I’ve never claimed anything different. ðð» Lynn, Steph, Mayan for paving the way. Respect & admiration ð

But whether she was fourth or first, there’s no denying her incredible achievement. The fact that only a year ago she was taken to the hospital after a 150-foot fall during an El Capitan climb makes it all the more impressive.

“I never believed I could actually free-climb El Cap in a day when I first set the goal for myself,” Harrington, 34, wrote on Instagram. “Impossible dreams challenge us to rise above who we are now to see if we can become better versions of ourselves.”

Harrington started the climb with her boyfriend, Mount Everest guide Adrian Ballinger, and renowned climber Alex Honnold, who made history when he scaled El Capitan in 2017 solo and unassisted (with no companions and no rope!). The trio set out at 1:34 a.m. on Nov. 4, just after Election Day.

Harrington experienced another fall, ending up with a bleeding wound above her eye, but she carried on after being checked out by her partners.

“A deep gash on my forehead left my bloody and defeated,” she wrote on Instagram. “I pulled on again, part of me not really wanting to stay on the wall, the other part gathering courage and flow.”

She posts often to social media about her mountaineering journey. In 2017, she revealed on Twitter that it “took years of training to reach my goals!”

#ad It took years of training to reach my goals! See how planning plays a part in my life at https://t.co/Qk3EJQMFwG #HerLifeHerAdventures pic.twitter.com/YgSzwB0Tq6

Indeed, the experienced 34-year-old climber spent months training at her home gym in Tahoe City, California to prepare for this attempt. All that work appears to have paid off in a big way.

Lynn Hill, the first woman to reach the summit of El Capitan in 1994, used The Nose route. Two other women, Steph Davis in 2004 and Mayan Smith-Gobat in 2011, used Freerider to get to the top in a day. But in recent years, the Golden Gate route has been the most popular challenge.

Harrington told the Chronicle it matters that she has become the first woman to conquer that particular route.

“I spent a lot of years feeling like I didn’t belong, like maybe I hadn’t earned my place to be a Yosemite climber,” she said. “But throughout this experience I learned that there is no belonging or not belonging, no formula to achievement up there.”

Congrats to Harrington for her amazing climb!