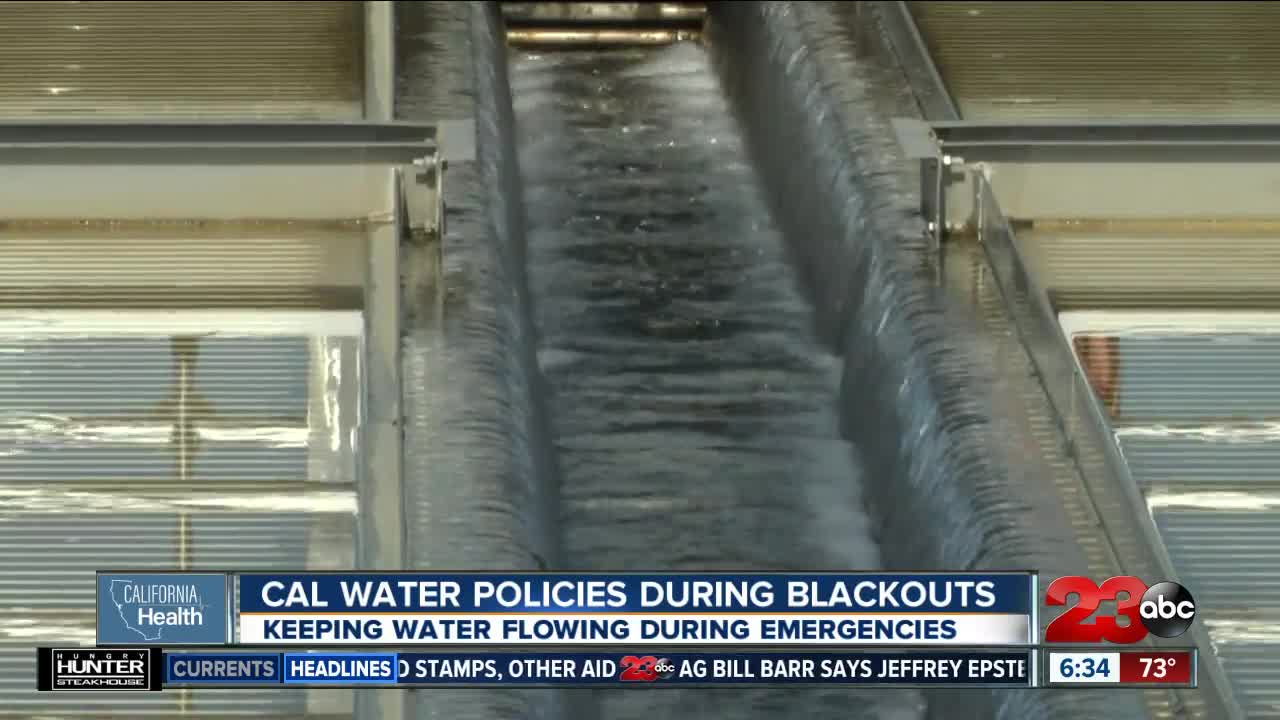 A new California Public Utilities Commission regulation gave power companies the ability to turn off the power to prevent wildfires after last year's deadly wildfires in Paradise, California. In response Cal Water has created redundancies to keep the water flowing.

BAKERSFIELD, Calif. — Water. It's a vital part of life. And it's the California Water Service' s, or Cal Water, job to make sure most of Bakersfield and parts of Kern County have clean safe water.

Kevin McCusker is a community affairs spokesman for Cal Water. He said, "From the meter box at the point of connection at their residence then it goes into their house where it's used for any number of things. From indoor use, so they might use it for drinking and bathing and for outdoor use irrigation."

70 percent of the water Cal Water uses in Bakersfield and Kern County comes from groundwater wells while 30 percent is surface water from the Kern River.

"Cal Water have to meet a set of state and federal primary and secondary requirements," said McCusker. "And our mission is 100% compliant 100% of the time. That's what we do. If we do something wrong there can be severe consequences."

Cal Water needs power in order to meet those state and federal standards. But meeting those standards got more difficult for Cal Water. The California Public Utilities Commission gave power companies the ability to turn off the power to prevent wildfires after last year's deadly wildfires in Paradise, California.

In response to the new California Public Utilities Commission regulation, McCusker said, Cal Water has added extra power generators and has built up extra redundancies along their system so if the power is turned off to prevent a wildfire or from a blackout, water will still continue to flow.

"In addition because of the new scenario related to the public safety power shutdowns, we've also made fuel additional personnel and mobile generators available throughout our various district including here in Bakersfield just in case."

Within the last 5 weeks Cal Water's redundant system has been tested. First the earthquakes in Ridgecrest, which knocked out power in parts of the Ridgecrest area. While Cal Water doesn't serve that area, but they used it as a learning tool. And in Bakersfield a system error created low water pressure through the system leading Cal Water to issue a water boil advisory.

While McCusker said, Cal Water distributed a lot of bottles of water to the affected area, it's something they're working to avoid, especially during a large scale disaster.

McCusker added last winter a construction accident burst a water line causing a water outage. And he encourages people to call 8-1-1 before they dig.