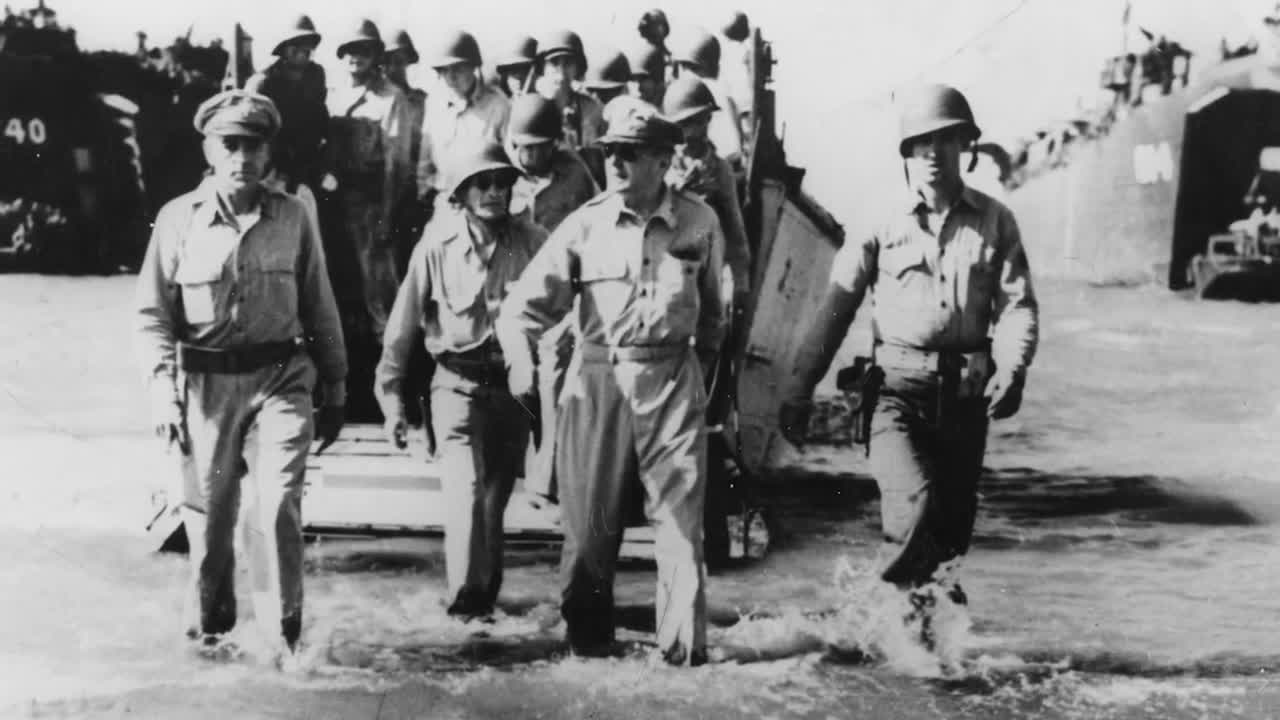 BAKERSFIELD, Calif. — Bob Bovee has told his war stories many times in Bakersfield. He served in two of the bloodiest battles in the Pacific during World War II.

A Naval officer, Bovee was attached to the USS Highlands, but didn't spend much time on the ship. He was attached to the Marines, and guided assault crafts onto the beach. His first assignment, Iwo Jima. Bovee standing on the bow of a 36 foot boat, guiding the craft into Red Beach 1 and 2 during the attack, as Japanese positions opened fire on them.

Bovee believes the Japanese had intelligence on where the U.S. boats were coming ashore, and for some reason, he ordered his ship to change course at the last minute. Due to his decision, a large explosive, that was positioned where he was suppose to arrive, detonated with no damage to Bovee or the Marines.

He escaped injury and even death several times, including a mission to rescue, what they thought, was a wounded man. As they got close, the enemy set off a bomb, that once again didn't cause any damage.

From there, Bovee headed to Okinawa with a mission to protect one of three ammunition ships, standing by to supply U.S. forces. Bovee led one of several smoke making vessels to hide the ships. Kamikazes sank two of them, but not the one he was protecting.

He was present when General Douglas MacArthur returned to the Philippines, and was in Tokyo Bay when Japan formally surrendered to Allied Forces.

Following the war, he was sent to China to escort a ship back to the west coast. It was there, he was presented with a momento from the war; a sword from a Japanese Naval officer.

He would return to service during Korea, assigned to the USS Repose hospital ship. He remembers the moment Chinese troops flooded into Korea, turning the tide of the war.

Bovee spent time in Washington, DC after the war and eventually was discharged and retired to Bakersfield. He lost his wife Ruth a few years ago, and spent about a year trying to come to grips with it. During an assembly at Liberty High School, Bovee told students it was his trip on the Honor Flight, and visiting the Iwo Jima Memorial, that brought him back. "A peace came over me," said Bovee, "I became a different person."

And now, he said he's the same Bakersfield native that signed up for duty, a lifetime ago.