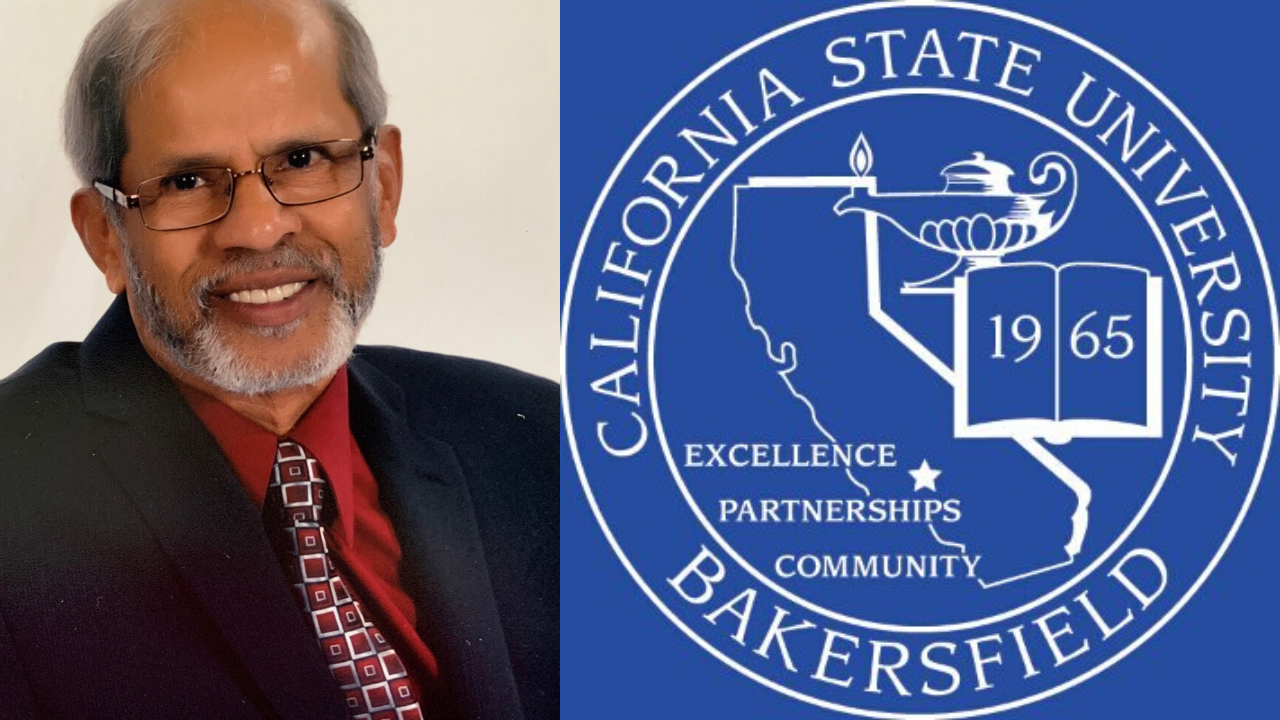 BAKERSFIELD, Calif. — Dr. Vilas Bankar has no direct ties to Cal State University Bakersfield. But out of love for the community, he has decided help students of CSUB so they can continue building their education.

Dr. Bankar, a retired chemical engineer, has been a donor of CSUB for the last couple of years. He said after seeing an article outlining the struggles CSUB students where facing during the coronavirus, he wanted to do more. So he started a scholarship fund.

“This is my community now,” Dr. Bankar told CSUB. “Nobody should be struggling for food and give up their education when they don’t have enough to eat."

Dr. Bankar met with the vice president for University Advancement, Victor Martin, and executive director of Development, Heath Niemeyer, to find the right student who would benefit from the funds. With the help of the university, Dr. Bankar started the Vidya Vilas Bankar Memorial Scholarship, named after his wife.

Over 11,000 students attend CSUB, and 71% demonstrate financial need, according to the university. CSUB sand 60% of students remain in the region after graduation, directly supporting Kern County.

Dr. Bankar grew up in India, where his education was free until high school, according to CSUB. After receiving his degree at the Indian Institute of Technology, a university similar to MIT in the United States, Dr. Bankar told CSUB he wanted to further his studies and moved to Akron, Ohio and finally received his doctorate in engineering in Knoxville, Tenn.

Dr. Bankar told CSUB his family wasn’t rich growing up, but his parents were able to provide them with basic needs, like food, shelter and clothing. When he made it to college, he said he received help from his community in India, with scholarship money helping pay for the institution and his living expenses.

“I want to make sure that the person I’m giving to really has some need and deserves it,” he said.

Although he said he might not be a rich man with thousands of dollars to give, he wants to help as much as he can.

“I believe in education, because that’s what got me where I am right now.”

For those who might be considering giving to CSUB, Dr. Bankar said that if you have enough assets and can use a portion of what you have, then do it, especially for someone who really needs it.