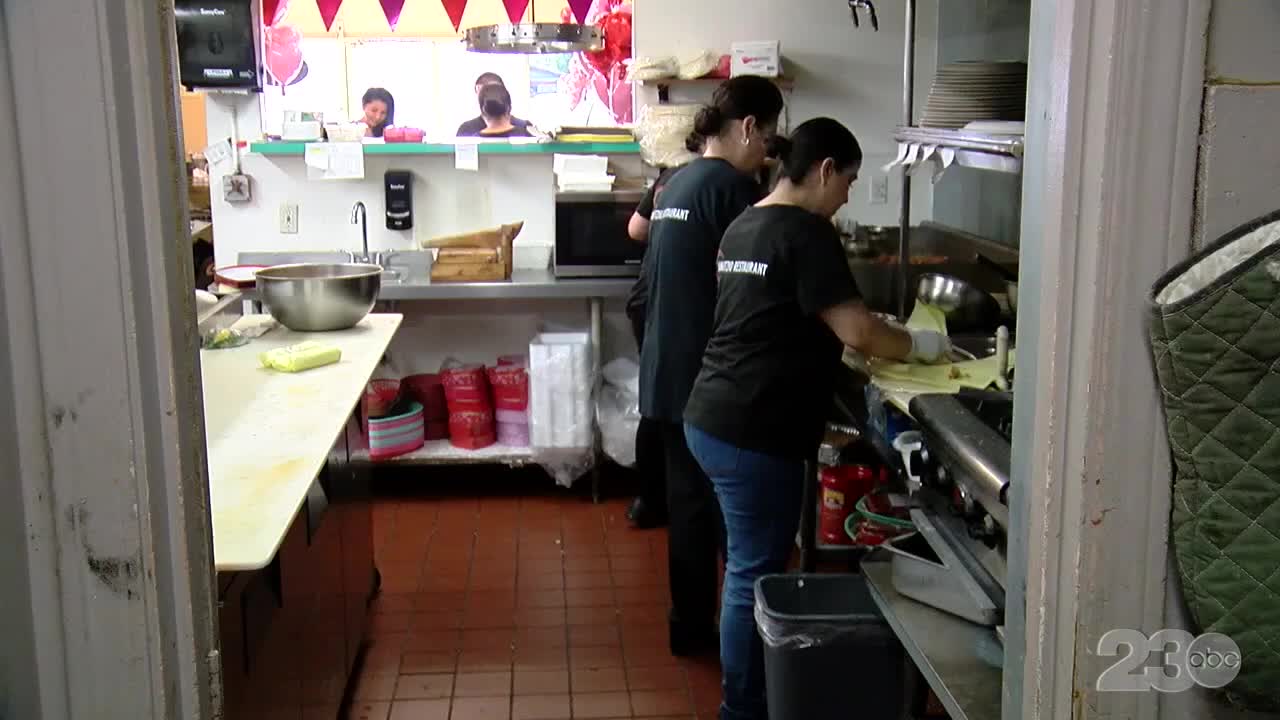 DELANO, Calif. — Balloons, flowers, and chocolates are the Valentine's Day staples. But this year, a Delano restaurant is looking to spice things up.

“What else, how else can you express your love than with a taco,” said Shanty Andrade. Andrade works in her family restaurant Janitzio in Delano and is the mastermind behind delivering heart-shaped boxes of tacos for Valentine's Day.

For over a week, Andrade and her family have been taking orders for Valentine's Day. Customers could choose between a small five-taco box or a larger 12-taco tray.

The night before Valentine's Day is all about preparation, like salsa and the trays, because on the big day the focus is getting the tacos on the grill and out the door.

“I feel like we got double the responses this year," said Andrade.

She said due to the extra business she needs more hands on deck.

That's because the Valentines have been getting a lot of attention.

“We’ve been getting a lot of orders, a lot of people from Bakersfield asking if we’re delivering over there, a lot of calls from L.A., there’s actually this lady from L.A. that placed an order and her relative is here in Delano and she wanted our heart tacos so the relative is going to take it to them in LA.”

And it doesn't stop there.

“I think I got a call from Pennsylvania, Colorado, from all over. But hopefully after this I think a lot more businesses are going to start doing this.”