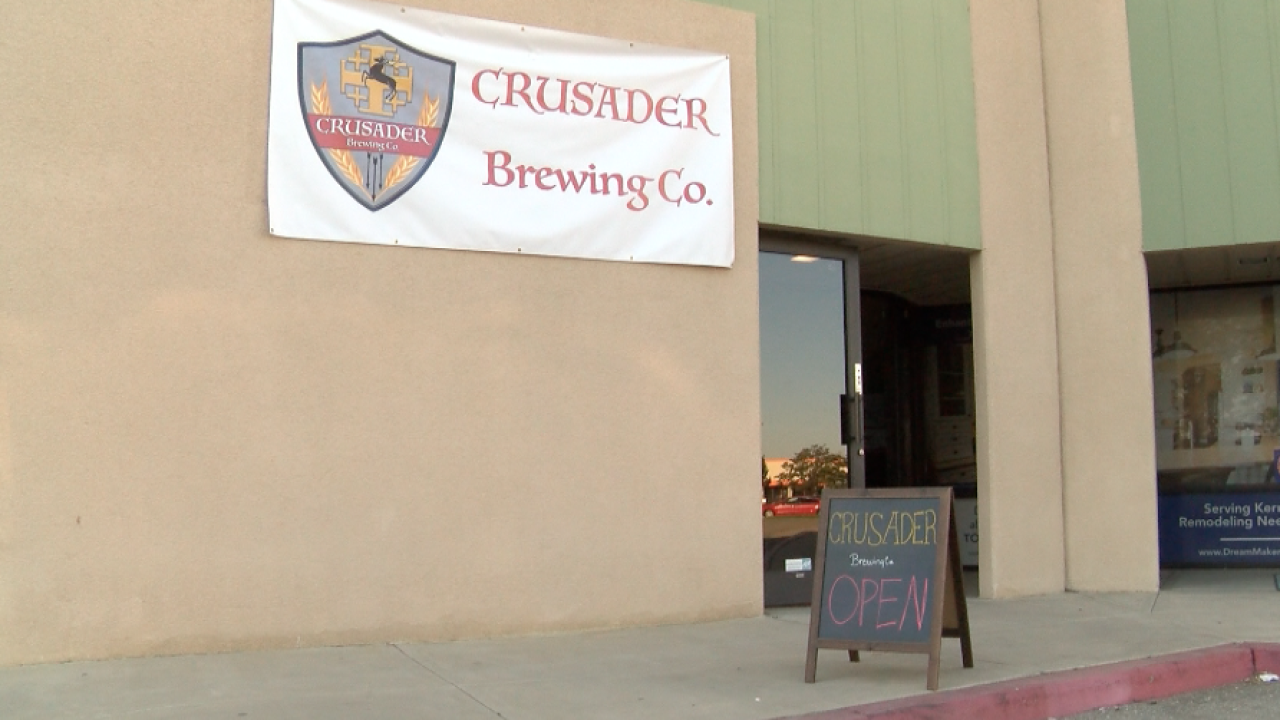 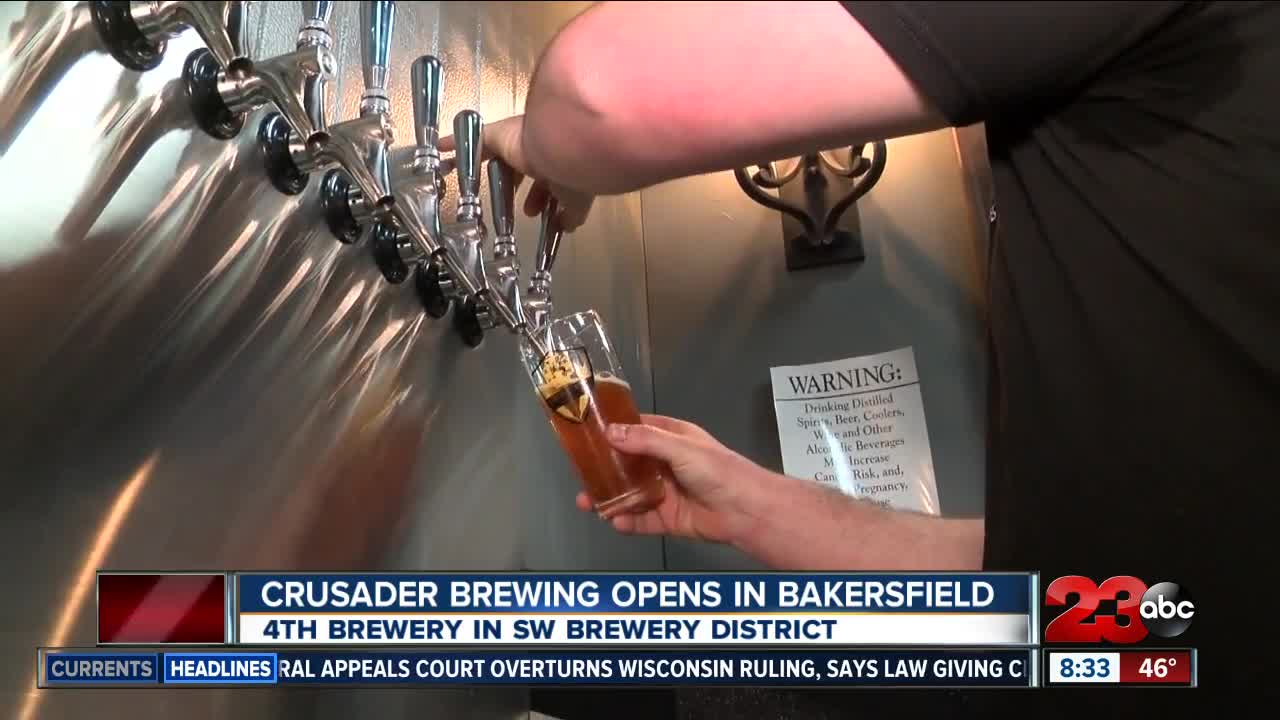 BAKERSFIELD, Calif. — Craft beer fans, there’s a new brewery in Bakersfield for you to try. Crusader Brewing Company is the latest to brewery to open in 2019.

There are currently has six beers on tap at Crusader Brewing. Co-owner Bailey Hale said those styles of beer will fill a need in an IPA and sour heavy brewing district. He said, “We wanted to take a step back and do more traditional styles of beer that have been drank for hundreds of years."

Now the two co-owners have transitioned from their service to the craft beer industry. And they plan to use their beer to give back to those still serving.

“This last weekend," said Hale, "we donated $1,000 to the Wounded Hero’s Fund from the proceeds from the barbecue that we did. And we will be donating another $1,000 to the Kern County Sheriff’s K9 Department.”

That spirit of giving with a veteran background is already attracting craft beer fans to Crusader Brewing.

Local craft beer fan Stephanie Rosenow said, "It’s just something that I love and something I believe. Something that both me and my husband believe. Supporting veterans is important to us.”

While local veteran Carl Brewer said, "We want to support his brewery. And he’s a veteran and that’s important to us too because there’s like three veterans sitting at this table. So it was cool what he did the other day.”

Both Rosenow and Brewer said they plan on being repeat customers. Rosenow said, "“We just walked in and it was homey. The beer is really good.” While Brewer added, “They just have a wide range of beers. And each of them has a distinct flavor.”

Hale and McEnulty have over twenty years of home brewing experience. Now they’re now moving to front lines of their brewery to serve their creations to the public for the first time. And they’re look forward to seeing a lot of empty glasses.

If you’d like to check out Crusader Brewing they’re open Tuesday to Saturday. During the week they open at 4 p.m. and on Saturday they open at noon.