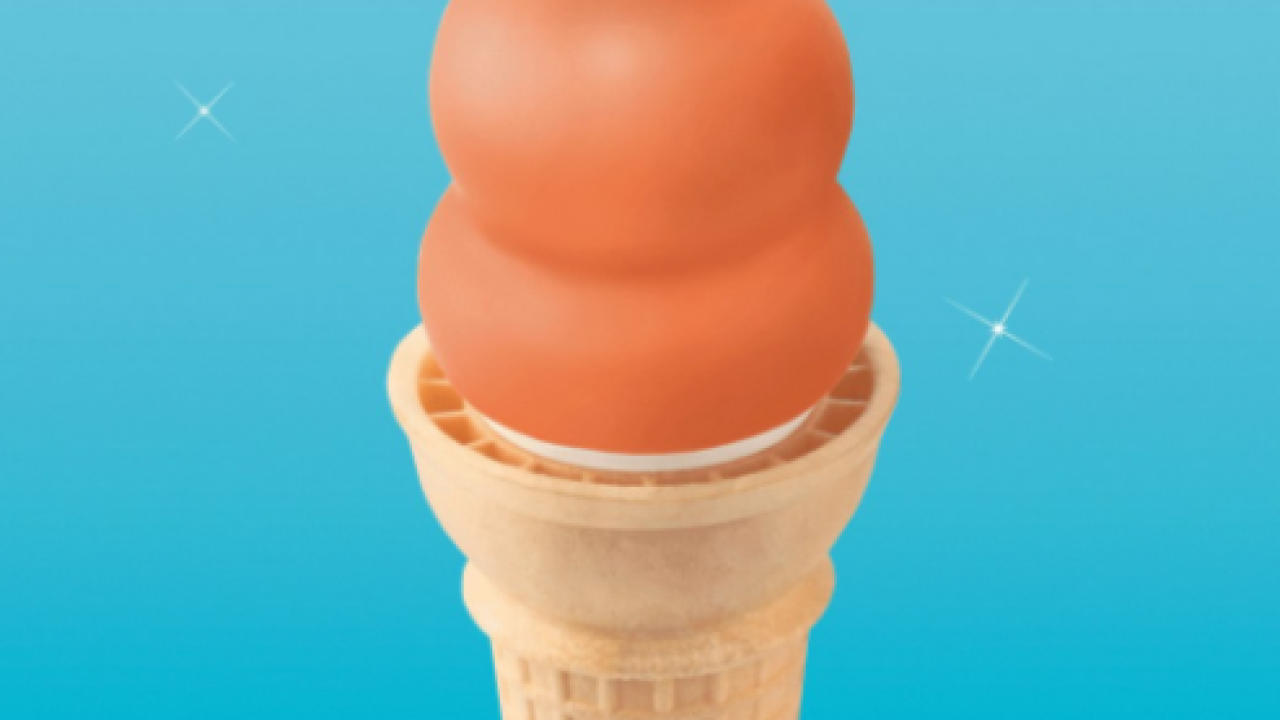 A new item is coming to Dairy Queen as part of their spring menu.

The chain has begun rolling out Dreamsicle-Dipped Cones in honor of the new season.

While DQ hasn't made much of an official announcement, they did tease the new treat on Twitter, and other social media users have been posting photos of the cone.

So how can you get your hands on this treat? Dairy Queen says it's being offered right now at participating locations and, according to Delish , more locations will be offering the cone May 1.

I dream. You dream. We all dream. For Dreamsicle. 🎵 #HappyTastesGood pic.twitter.com/V0s1NRIclX