Psychosis in teens may be linked to an unlikely culprit: air pollution 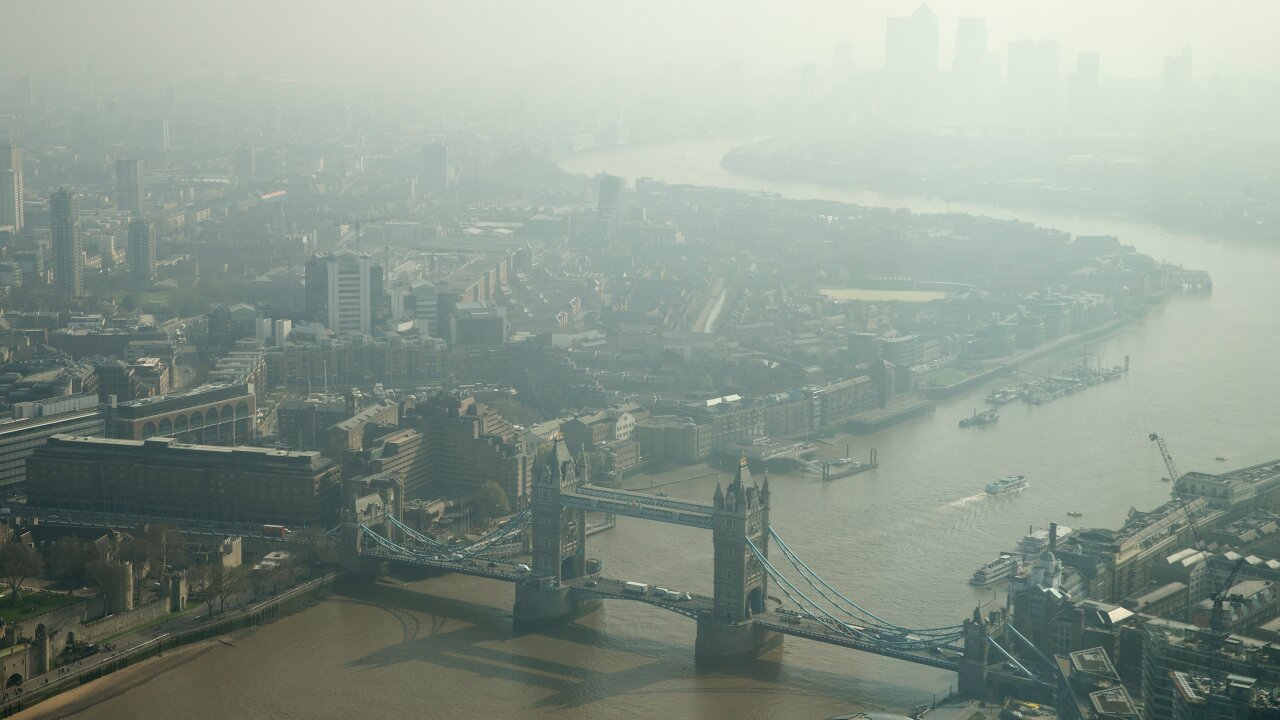 An unexpected danger of urban life: Psychotic experiences are more common among teens exposed to the highest levels of nitrogen dioxide and other forms of air pollution, according to a new study. Nitrogen oxides, including nitrogen dioxide, are tailpipe pollutants, entering the air due to burning fuel.

"One of the most consistent findings over the past few decades has been a link between cities and psychosis," Joanne Newbury , lead author of the study and a postdoctoral researcher at King's College London, said Tuesday. "Children who are born and raised in urban versus rural settings are almost twice as likely to develop psychosis in adulthood."

An association but not a cause-effect relationship

For the study, published Wednesday in the journal JAMA Psychiatry, Newbury and her co-authors explored whether psychotic experiences are more common among teens exposed to higher levels of air pollution. They used data from a study with more than 2,000 participants, all born in England and Wales in 1994 and 1995.

Researchers have followed up with each child repeatedly at ages 5, 7, 10, 12 and most recently at 18, Newbury explained. They were asked in a private interview, "Have you ever heard voices that other people cannot hear? Have you thought you were being followed or spied on?"

Dr. Helen Fisher, a study co-author and a reader of developmental psychopathology at King's College London, said Tuesday that "when we talk about psychotic experiences, we are talking about people who are experiencing things like hearing or seeing things other people don't or feeling very paranoid."

Such symptoms -- which "are actually quite common in the general population," she said -- are considered "to be a kind of milder or less extreme form of the kind of psychotic symptom like hallucinations or delusions that we see in people who experience psychotic disorders like schizophrenia."

Next, the researchers gathered hourly emissions data from monitoring sites to assess pollution levels in the places where each teen spent the most time: a home address and two other places such as school.

Psychotic experiences were significantly more common among teens in the highest quartile of pollution exposure, even after the researchers accounted for factors that might also be linked to psychosis, such as cigarette smoking, cannabis dependence and neighborhood crime levels.

The teens exposed to top-quartile levels of nitrogen dioxide, nitrogen oxides and particulate matter ( PM2.5 , fine inhalable particles derived from chemical smoke) had 71%, 72% and 45% greater odds, respectively, of psychotic experiences compared with those exposed to the lowest-quartile levels.

"Odds gradually increase as you move from rural to suburb to urban settings," Newbury said, with teens living in the "most urban settings" having "94% greater odds of psychotic experiences compared to those living in rural settings."

Newbury cautioned that this is not a cause-and-effect relationship but an association between air pollution and psychosis.

Although road traffic is responsible for most of the air pollution studied, Fisher said, "it could really be noise pollution that explains what is happening here." Noise disrupts sleep and causes stress, and both are associated with psychotic experiences, she explained.

However, if air pollution is causing psychosis, Fisher speculates that the gases and particles might be causing brain inflammation, which previous research suggests may be linked to psychosis. Pollutants could also be "stunting brain development" during sensitive periods, which might be linked to psychosis, Fisher said: "Seventy-five percent of all mental health problems are going to start during this adolescent period, so it's a really good period to go in and prevent some of those longer-term issues."

What to make of the findings

Dr. Jim van Os, a professor and head of the Brain Division at University Medical Center Utrecht, wrote in an email that the paper is "nice" but lacks rigor.

The finding is "highly press sensitive" and "drawn from a study with literally thousands of variables," noted van Os, who has researched and explored psychosis but was not involved in the new research. At best, it is "a hypothesis to examine in future work. In the absence of replication it does not mean much and is most likely a false positive finding."

Sophie Dix , a cognitive researcher and director of research at MQ, a nonprofit that funds mental health research, told the Science Media Centre that "there is more work that needs to be done with this study."

"There is no evidence that pollution necessarily causes psychosis or whether this is one of many factors or acting in isolation," said Dix, who was not involved in the research. "There is a bigger picture here, but that does not diminish the importance of these findings and the potential that comes from this."

Stefan Reis, who heads the Atmospheric Chemistry and Effects Unit at the NERC Centre for Ecology & Hydrology, a research organization, told Science Media Centre that "the study makes a valuable contribution to the growing body of evidence that air pollution may affect more than just cardio-vascular and respiratory health."

Reis, who did not participate in the study, said other variables worth exploring could include "academic attainment in early life stages and cognitive decline in old age due to early-life exposure to air pollution." It's important, he concluded, to further our understanding of "how air pollution is related to mental health outcomes which could in future have implications for air quality policies."

Marianthi-Anna Kioumourtzoglou , an assistant professor in the Department of Environmental Health Sciences at the Columbia University Mailman School of Public Health, wrote in an editorial published beside the study that "air pollution exposures are ubiquitous in urban environments," yet they are "modifiable and can be reduced through rigorous regulatory action."

"It is especially important to identify other factors that may potentially ameliorate the consequences of air pollution to protect human health," said Kioumourtzoglou, who had no role in the new research. "These could be lifestyle, nutritional, or neighborhood-level factors."

"As the global population is becoming increasingly urban, it is of utmost importance to incorporate public environmental health into urban planning decisions."

In the words of the study's authors: "Given that 70% of the world's population will be urban by 2050, uncovering the mechanisms linking the urban environment to psychosis and developing preventive interventions constitute an urgent health priority."