'Corn' and 'Cob' are turkeys up for presidential pardon this year 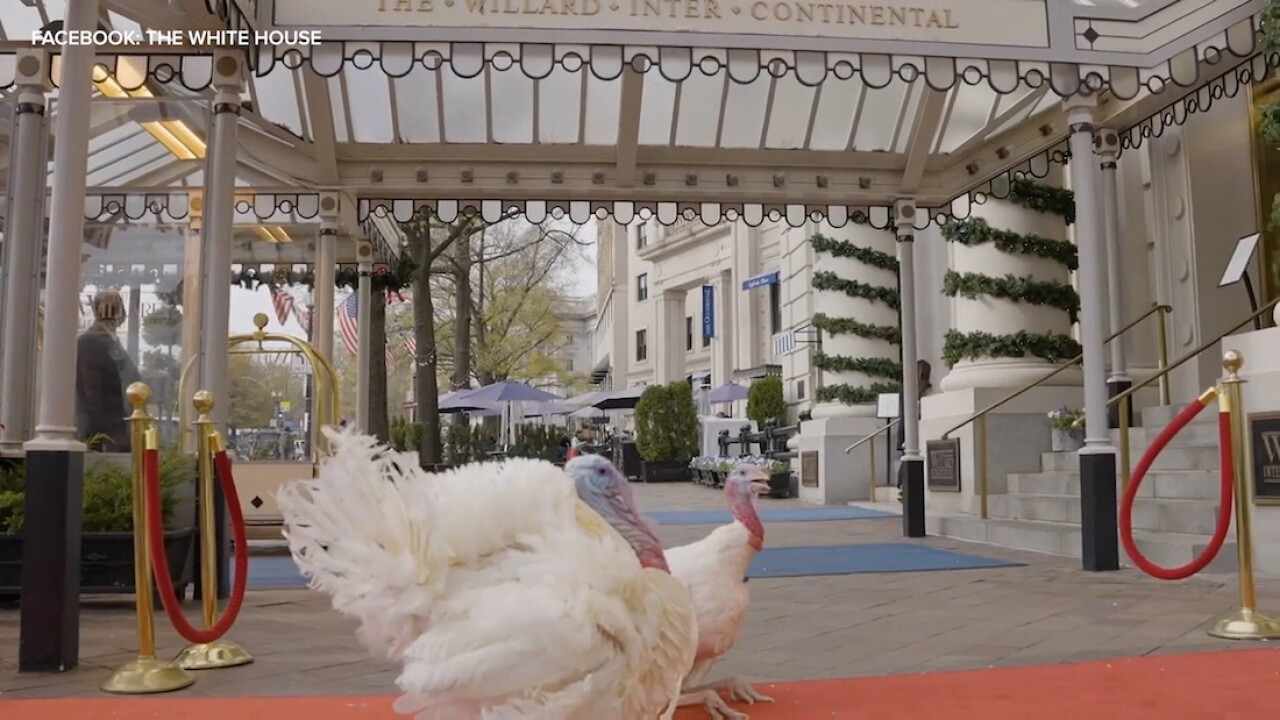 Even as the COVID-19 pandemic rages on and the Trump administration continues to contest the results of the 2020 presidential election, the White House plans to hold its annual turkey pardoning ceremony next week, according to CNN and Fox News.

President Donald Trump will reportedly take part in the annual tradition on Tuesday afternoon when he will issue a formal pardon to two Iowa turkeys - Corn and Cob.

The public can vote for which turkey they'd like to see President Trump pardon and receive the title National Thanksgiving Turkey.

According to The White House's Facebook page, Corn and Cob will stay at The Willard until the annual White House Turkey Pardon on Tuesday.

In the past, the Turkey Pardoning Ceremony at the White House has drawn a crowd of spectators at the Rose Garden. It's unclear if the 2020 ceremony will be held in front of spectators.

Trump has largely laid low since Election Day. He's held just three on-camera events since Nov. 3, one of which was a Veteran's Day ceremony at Arlington National Cemetery, at which he did not address reporters. According to CNN, outside of playing a few rounds of golf on the weekends, Trump has not left the White House in several weeks.

Following Tuesday's ceremony, the turkeys will live out their lives at Iowa State University. Last year, Trump pardoned two turkeys, "Bread" and "Butter," both of whom were sent to live at Virginia Tech following the ceremony.

Legend has it that the first president to issue a pardon to a turkey was Abraham Lincoln, who did so at the request of his son. The first recorded pardon of a White House turkey was issued by President John F. Kennedy in 1963.

While the Trumps typically spend the Thanksgiving holiday in Florida at their Mar-a-Lago estate, first lady Melania Trump announced this week the family would remain at the White House in 2020.