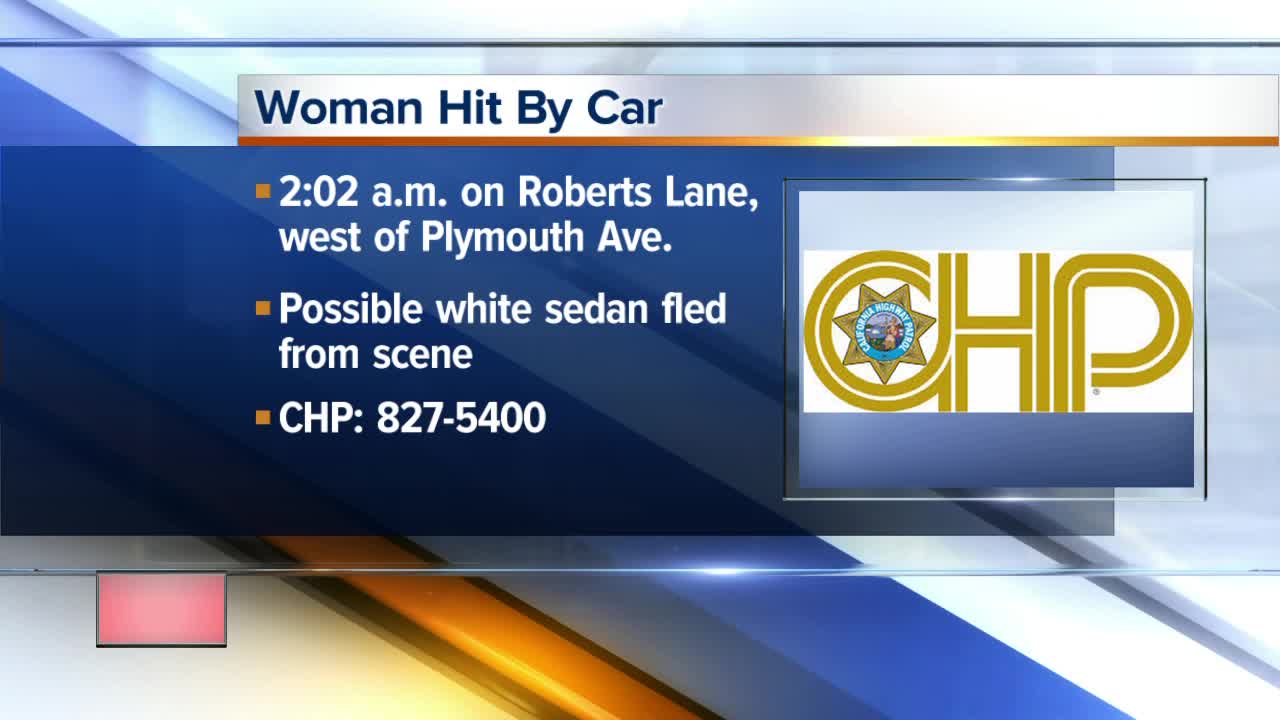 BAKERSFIELD, Calif. — A woman is in the hospital after she was hit crossing the road in Oildale early Sunday morning, according to the California Highway Patrol.

Just after 2 a.m. a vehicle driving westbound on Roberts Lane struck a woman who was walking southbound, just west of Plymouth Avenue.

Shortly after striking the woman the vehicle fled from the scene. According to CHP, witnesses said the vehicle is possibly a white sedan.

CHP said the female victim was taken to a local hospital with major injuries.

The roadway is clear but anyone with information on this incident call CHP at 661-827-5400.