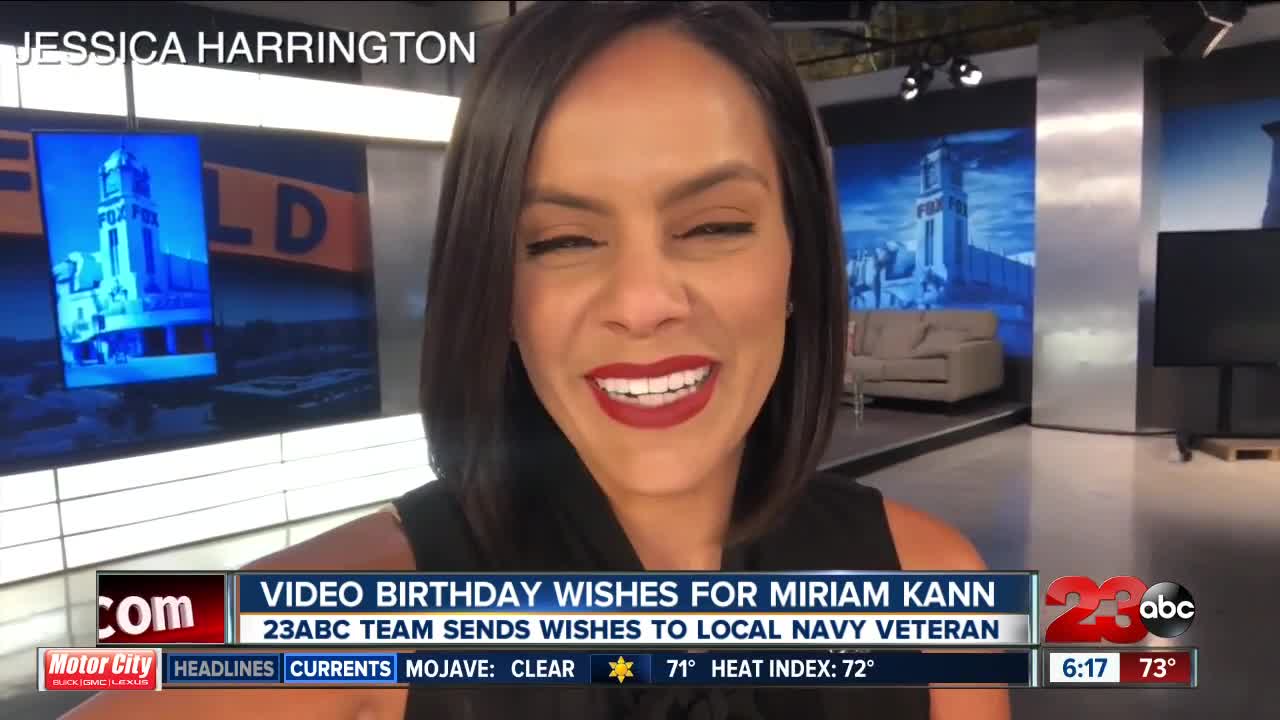 Happy Birthday to Navy Veteran Miriam Kann who is turning 103

BAKERSFIELD, California — Miriam Kann will be turning 103-years-old on Wednesday August 5, 2020 and while that’s an achievement in itself, she was also a pioneer during World War Two.

For Miriam's birthday she is asking the community to send her video birthday wishes to her email at bkdriverwalk@gmail.com or cards to her at the Brookdale Riverwalk on 350 Calloway Drive Building A, Bakersfield 93312.

Miriam served her country when it needed her most and she answered the call.

“I saw a sign Uncle Sam needs you, I thought that is me,” Kann said.

More specifically, Miriam was one of the first women to volunteer for military service.

“When my girlfriend and I we reported there, they wouldn’t let me on because there were 500 fellas and he said no ladies so we had to report anyway and finally they made him take us because we were the only link trainer operators,” Kann said.

Miriam was a link trainer, she used the link flight simulator to train new pilots in both California and Washington State.

Her groundbreaking service as a woman in WWII even led to finding new love late in life.

While on her Bakersfield Honor Flight in 2013, Miriam met another veteran named Jack.

Jack is 95-years-old and Miriam often jokes that she is robbing the cradle.