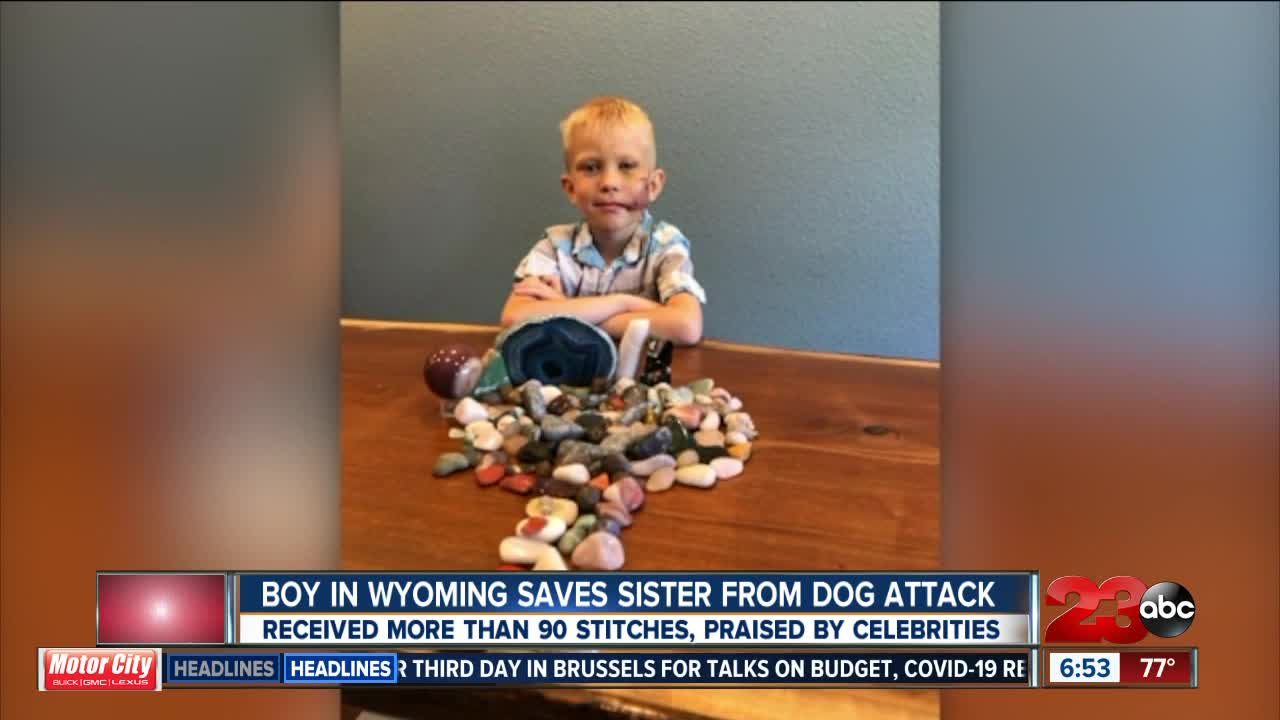 WYOMING — A six-year-old boy in Wyoming is being hailed as a hero by celebrities for saving his sister from a dog attack.

Bridger Walker jumped into action when a German Shepherd charged towards his four-year-old sister.

His family said while he was shielding her the dog leaped and latched onto his cheek. His parents said that he had to then get more than 90 stitches. Bridger’s aunt posted the story on Instagram and actress Anne Hathaway caught wind of Bridgers’s heroics and shared it herself .

The Walker family said other celebrities have also reached out to them including Mark Ruffalo, Tom Holland, Hugh Jackman, Zachary Levi, The Russo Brothers and Robbie Amell.