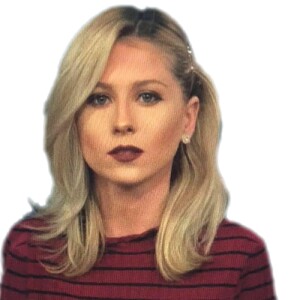 SACRAMENTO, Calif. (KERO) — 23ABC is going in-depth to get answers about the homeless crisis across the state and here in Kern County. This comes after an announcement by Governor Gavin Newsom about helping address the issue.

Take a look at this map:

It shows that the nation's most populous state also has the largest homeless population. As of last year, California reports that it has close to 162,000 homeless residents.

In Kern County over the last several year's people have called on our lawmakers to help with the issue. On Tuesday Governor Newsom took a big step toward a solution, proposing a plan to help get thousands of people off the streets.

While many are able to take some sort of shelter, the latest numbers show that more than half of the state's homeless population is living on the streets, which the pandemic has only made worse. And now Governor Newsom is hoping a multi-billion-dollar plan will help some of these issues.

It’s what Governor Newsom called historic on Tuesday. Billions of dollars of help are being proposed to address the state’s homeless crisis. Breaking down that amount shows nearly $9 billion would expand on Project Home Key and convert existing buildings into 46,000 housing units. Also, more than $3 billion will go toward homeless prevention and rental support.

Governor Newsom says the state estimates this package will provide 67,000 housing units, which would come during a time when the state desperately needs it.

California will invest $12 billion in proven solutions to homelessness, including:

The latest numbers from a 2020 Point in Time Count show that as of January 2020, more than 161,000 Californians were experiencing homelessness in just one night. Which is more than any other state in the country, with 70 percent of the homeless population unsheltered outdoors.

“We gotta drive this agenda with the urgency it requires. I'm not interested in 6-year plans, 60-year plans. We need change now.”

If this plan wins support from the legislature, implementation would rely heavily on local governments. 23ABC did reach out to Mayor Karen Goh for a comment, but she was unavailable.

As Governor Newsom made that announcement, it brought up the questions: Where is all that money coming from and where is it going?

Currently, California is looking at a $75 billion budget surplus. Most of that money came from personal and corporate taxes generated last year.

The governor enacted preventative measures to combat a predicted blow to revenue because of the pandemic. However, many people were able to continue working during 2020 and losses weren't as drastic as once thought. Those combined factors led to the surplus we are now seeing.

Monday Governor Newsom announced a tax rebate program for Californians. About $12 billion is getting spent there. Another $2 billion is being used to repay utility companies after many payments were missed during the pandemic.

The governor also says he plans to forgive missed rent payments from the last year.

In addition, Governor Newsom says he's going to spend $12 billion on fighting homelessness with a large chunk of that funding going toward housing projects.

So how much money does the state have to spend?

California says it has about $200 billion in funding with half of that going toward the California Comeback Plan. The rest of that money is split across several sectors.

Most money state funding is allocated for health and human services. K-12 education takes up the second largest chunk, followed by transportation and higher education costs.