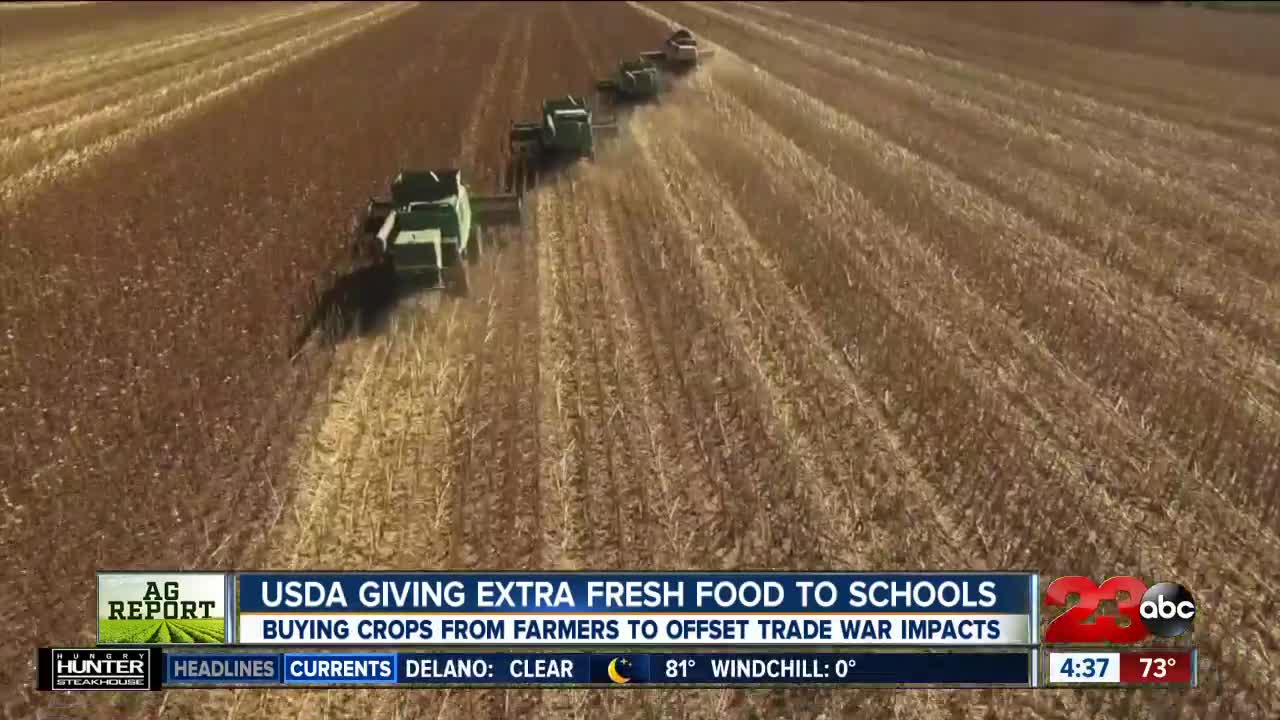 In this ag report, New details on the United Nations report on climate change and the trade war is indirectly helping American schools.

New details on the United Nations report on climate change. They're saying food could become limited, less nutritious, and more expensive. The study found climate change could affect what kinds of crops farmers can grow. Researchers say some areas will become too hot for farmers to grow food. And other climates will see more flooding, more snow, and more moisture in the air, which will also limit what can be grown.

In other ag news, the trade war is indirectly helping American schools. The United States Department of Agriculture says it's sending schools some of the food it buys from farmers who are struggling because of the trade war with China. The agriculture department has bought back $1.2 dollars worth of food. That's a lot more than usual. Many of the community programs it gives food to are full because the USDA is buying so much. So, it's going to the schools. One challenge will be for schools to incorporate the food into pre-planned lunch menus.

The California Hispanic Chambers of Commerce are honoring the CEO of Kern County's local branch. The chambers named Jay Tamsi as Chamber Executive of the Year. Tamsi leads the Kern County Hispanic Chamber of Commerce, which represents over 400,000 Hispanic business people and professionals. Tamsi will be honored next week at the 40th annual statewide Convention for the Chambers in Stockton.