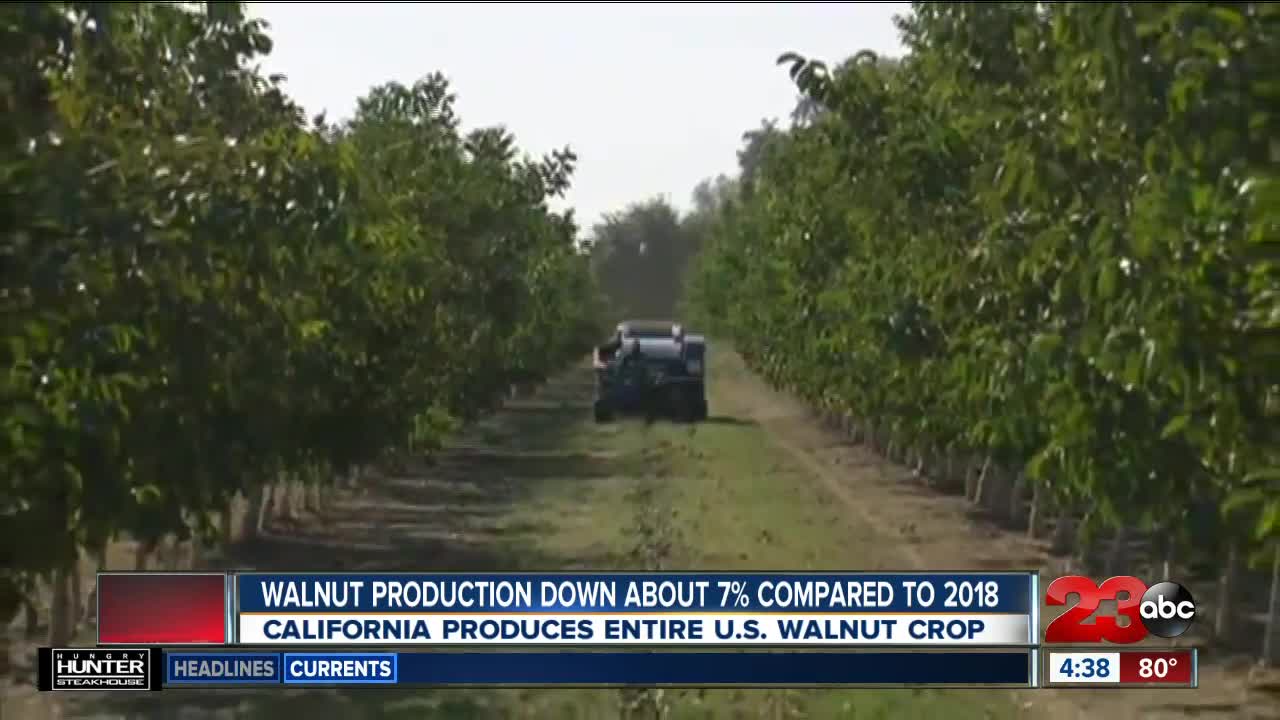 Government officials say the weather has contributed to an expected smaller California walnut crop. The U.S. Department of Agriculture forecasts walnut production down about 7% compared to a year ago. The USDA says rainy winter and spring weather delayed the walnut bloom and that local weather conditions resulted in "variable crop development" around the state. California farms produce the entire U.S. walnut crop.

As demand for avocados has risen, so has demand for avocados grown organically. The California Avocado Commission reports organic fruit represents about 10 percent of the current year's avocado harvest, and that the proportion has been increasing. Most organic avocados have been transitioned from conventional production, a process that takes about three years before the fruit can be sold as organic.

Demand has risen steadily for livestock to provide grazing services to attack weeds as a wildfire prevention measure. The California Wool Growers Association says it has more requests from private landowners and public agencies than its members can fulfill. University of California Cooperative Extension says it plans to create a statewide database to match landowners with ranchers whose sheep, goats or cattle could provide grazing services.