Trump immigration ban does not include agriculture workers 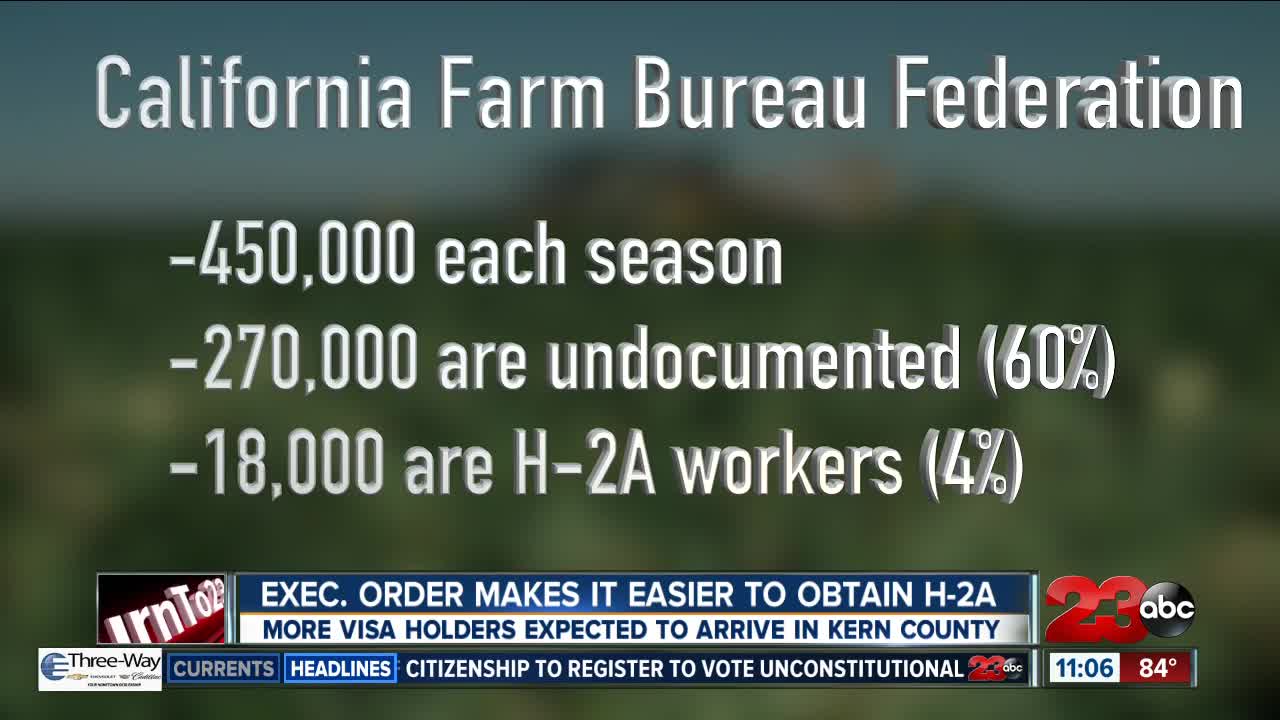 BAKERSFIELD, Calif. — President Trump last week placed a temporary ban on immigration in the U.S. in an effort to slow the spread of COVID-19. The immigration ban is not affecting people that are already in the country. And president trump adding a stipulation that it will not be affecting those who want to immigrate for agriculture work on an H-2A visa.

The H-2A is a visa for ag workers that has existed for years, but United Farm Workers says it’s relatively new to Kern County. The county already has hundreds of H2A workers, but many more are now expected because the Trump administration recently made it easier to obtain the visa.

“For example, they're not requiring interviews. Normally the process was before they'd come they’d have to be interviewed to make sure that everything is ok," said Armando Elenes, UFW's Secretary-Treasurer.

“This will ensure that unemployed Americans of all backgrounds will be first in line for jobs as our economy reopens," Elenes said.

But some, like Elenes, question the intentions of the executive order. Saying it’s contradictory that the president wants to preserve jobs for Americans, yet also made it easier for foreign workers to fill jobs in the ag business.

He says the ag industry isn’t hurting for workers. In fact, he says it’s the opposite.

"You have all these restaurant workers, you have all these construction workers who used to be farmerworkers all of sudden out of a job, and you’re undocumented, what are you going to do? You’re going into the fields," he said.

But the CFBF says although it’s true that H-2A workers do not have to be covered by social security or various types of insurance, they still aren’t exactly cheap.

“To hire an h2a visa holder you have to provide them housing, food and transportation," said Jamie Johansson, the president of the CFBF.

Johansson is an olive and citrus fruit farmer. He says H-2A workers and domestic workers are supposed to make the same amount of money, with H-2A workers making a minimum wage of $14.77 an hour.

“And it's generally the domestic worker who benefits because with the adverse effect wage rate and everything else it will raise their wage rates," Johansson said.

President Trump says the executive order will last 60 days. He says he’ll consider amending or extending it at a later time.