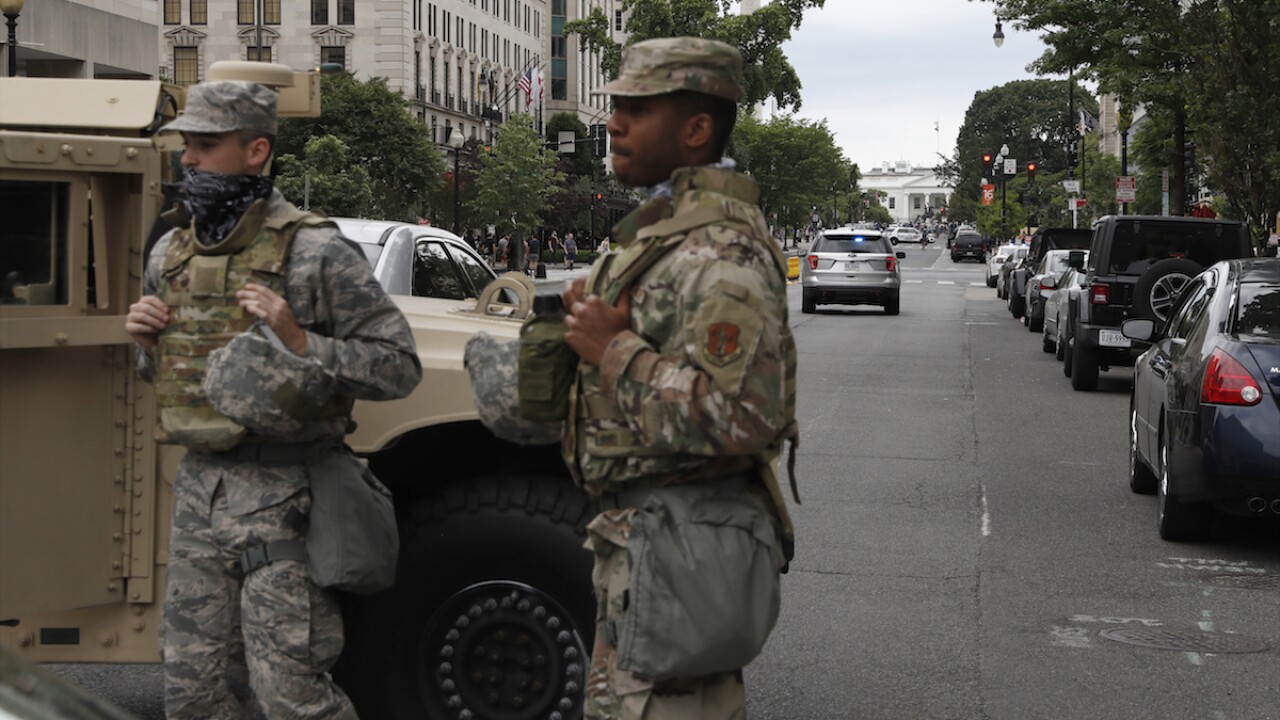 Copyright 2020 The Associated Press. All rights reserved.
Jacquelyn Martin/AP
Members of the DC National Guard block an intersection on 16th Street as demonstrators gather to protest the death of George Floyd, Tuesday, June 2, 2020, near the White House in Washington. Floyd died after being restrained by Minneapolis police officers. (AP Photo/Jacquelyn Martin)

The chairman of the Joint Chiefs of Staff has confirmed a report by The Associated Press that some of the service members who deployed to Washington, D.C., last month in response to civil unrest were issued bayonets.

The Pentagon letter comes as the AP also reports that members of the 82nd Airborne who deployed to Washington were not trained in riot response.