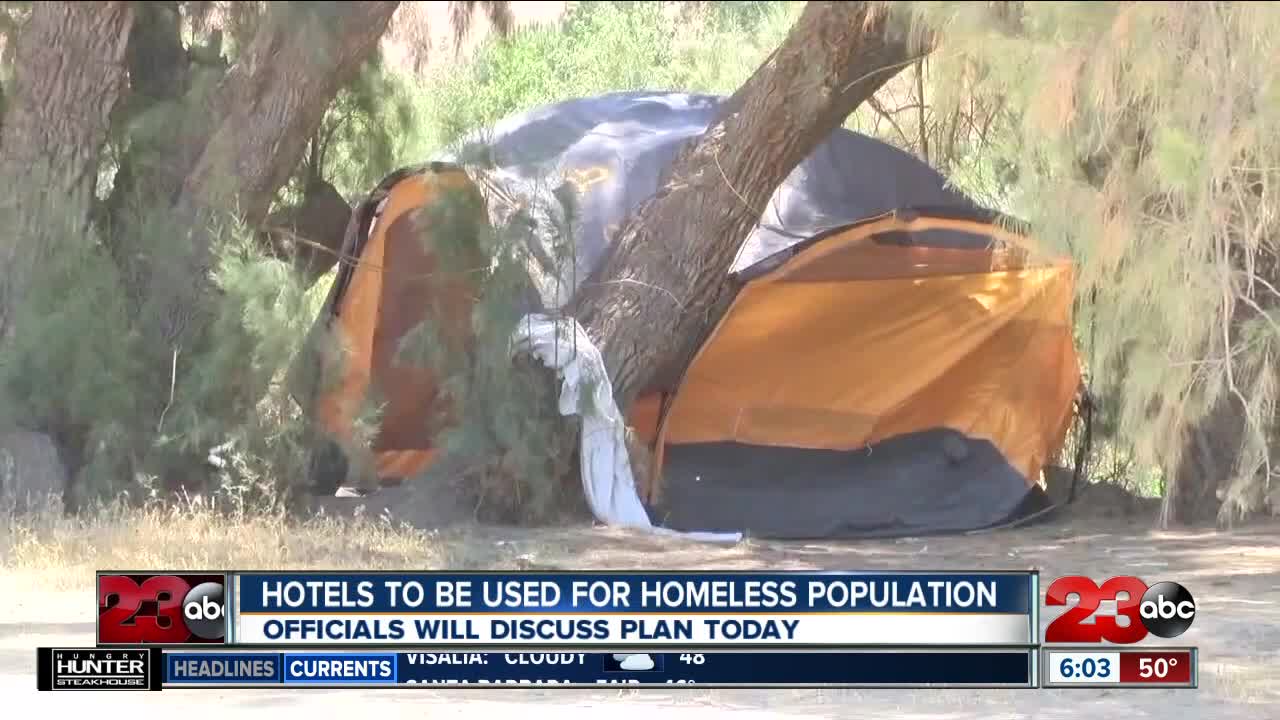 KERN COUNTY, Calif. — The coronavirus threat is impacting mostly every person in Kern County in some way, with the majority of us being asked to stay indoors. But what if someone is homeless?

The homeless population already has poor access to shelter, food, and basic hygiene, and officials say they are our most vulnerable population.

The Mission provides food and shelter services, among other things, to hundreds of homeless every day. But now they have a new mission, finding a way to navigate through the coronavirus crisis. They already have hand washing stations in place, and have taken steps to make sure people social distance. But that doesn't completely solve the problem. There are still lots of homeless in the streets, something that officials have been working on across the state by negotiating for hotel space.

"(Our) top priority is focusing on the most vulnerable Californians, 100 million dollars in emergency grants now being distributed," said Governor Gavin Newsom in a news conference on Monday.

Newsom said that counties and cities up and down the Golden State have been working to get the homeless off the streets and into empty hotels. The hotel industry taking a big hit amid the coronavirus outbreak because of a lack of travel. In order to execute the state's plan, $100 million in emergency grants were distributed from Sacramento to cities and counties across the state.

"You know it's going to be very hard to do," Baldovinos said.

Baldovinos underlining it's not as simple as just finding hotel rooms for homeless people to stay in.

"Who is going to feed them? Who is going to monitor them? What kind of wraparound services are you going to have for them? Or is it just going to be housing them?" he said.

The Mission at Kern is gathering with local leaders on Wednesday to figure out what hotels and motels are available and who is going to manage them.

"You can't have the homeless manage their own hotel," Baldovinos said.