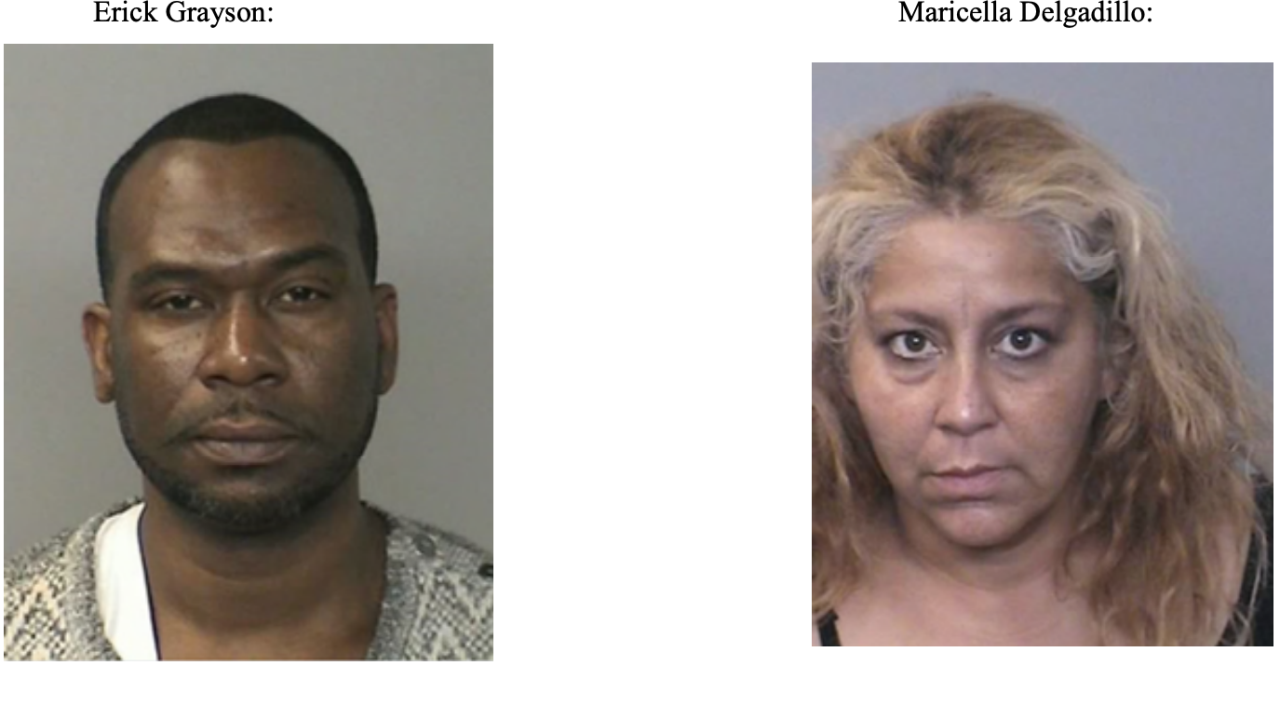 Erick Grayson, 44, and Maricella Delgadillo, 44, were both convicted this week for sexual assault charges.

Grayson was found guilty for the 2012 rape of a taxi driver. According to the DA's Office, Grayson was picked up by the taxi driver at the Kern County Fairgrounds on Sept. 20, 2012. The DA's Office said he then forced the victim to drive him to an isolated area in an empty field where he raped her in the back of the taxi.

The case went unsolved for two years until 2014, when a DNA from the case was identified as a possible match with the defendant in DNA databases.

Grayson was guilty of the single charged offense of rape by force or fear, as well as additional enhancements kidnapping during the course of a forcible sex crime, and also found true that Grayson had previously been convicted of two prior serious or violent ‘strike’ offenses.

His sentencing is set for Aug. 13, where he faces a sentence of up to 35 years to life.

Delgadillo was found guilty of three charges of inappropriate sexual acts with a child 14 years or younger.

The sexual assault offenses occurred over a two-year period, beginning in 2017, and occurred at both a residence and motel in Kern County.

Delgadillo’s sentencing is scheduled for Aug. 12, where she faces a sentence of up to 9 years as a result of the felony convictions in the case.