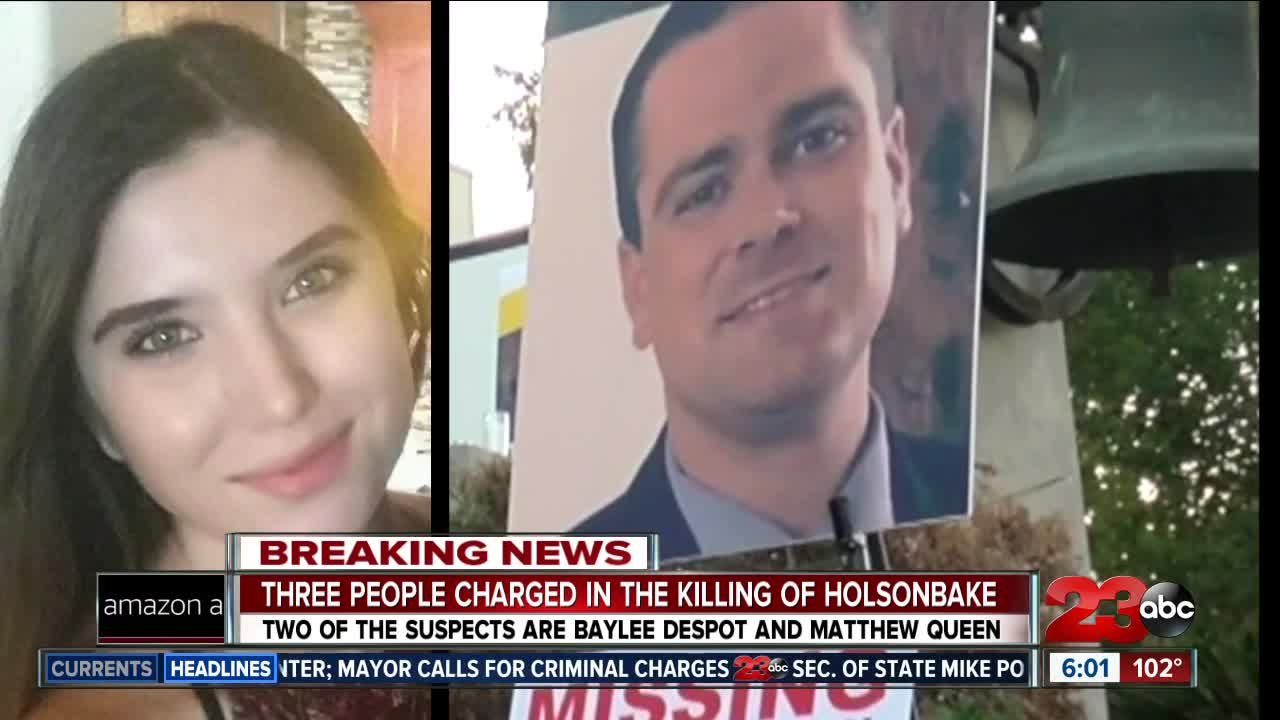 A woman who has been missing for two years in connection to what’s known as the Bakersfield 3 case is now facing murders charges herself. 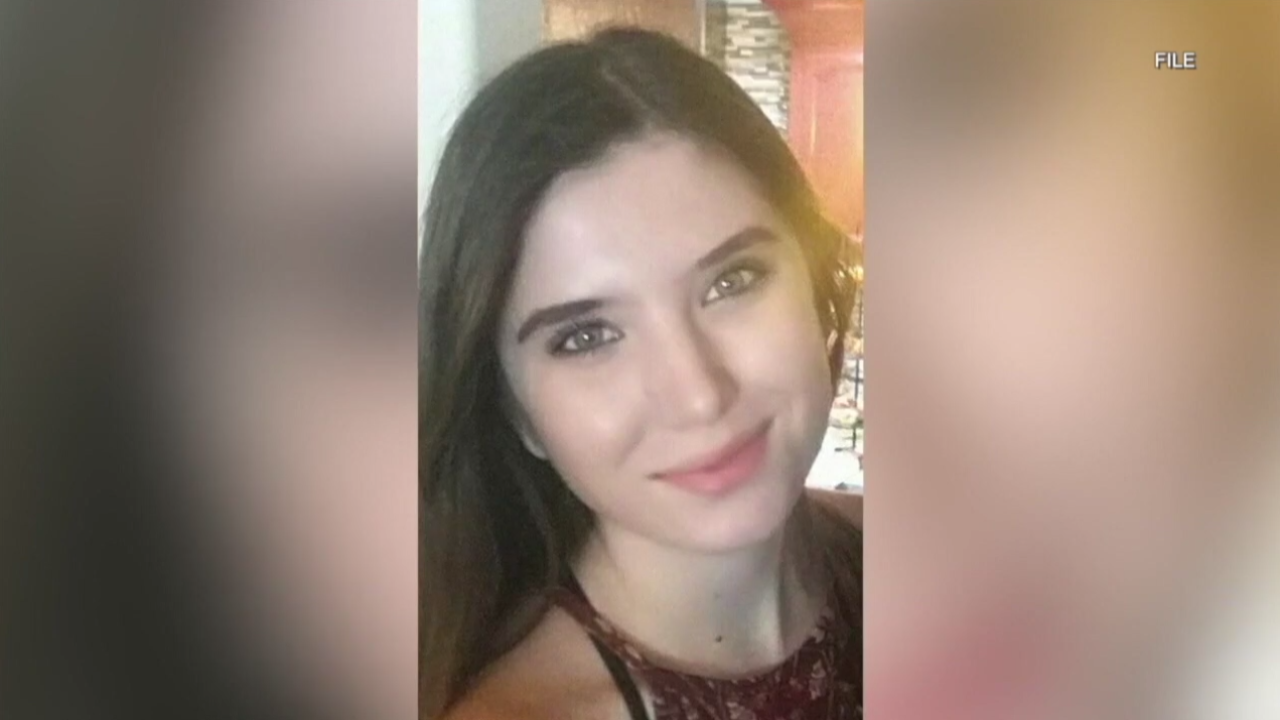 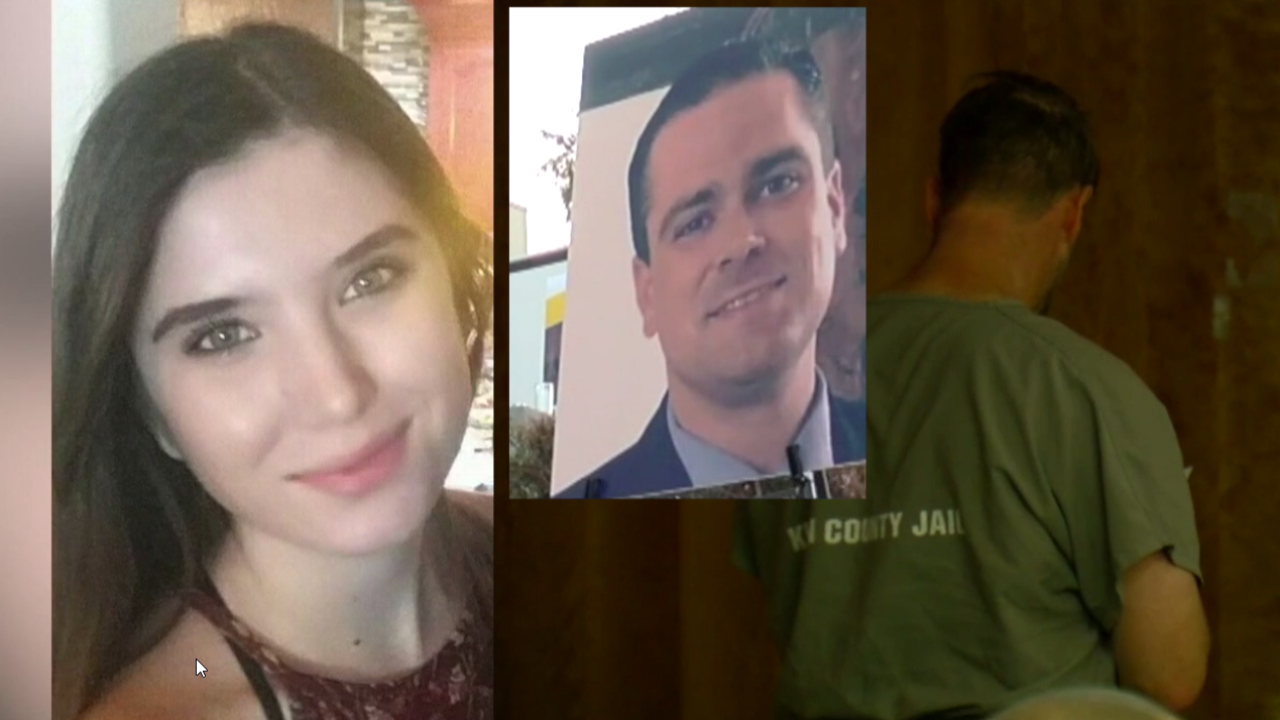 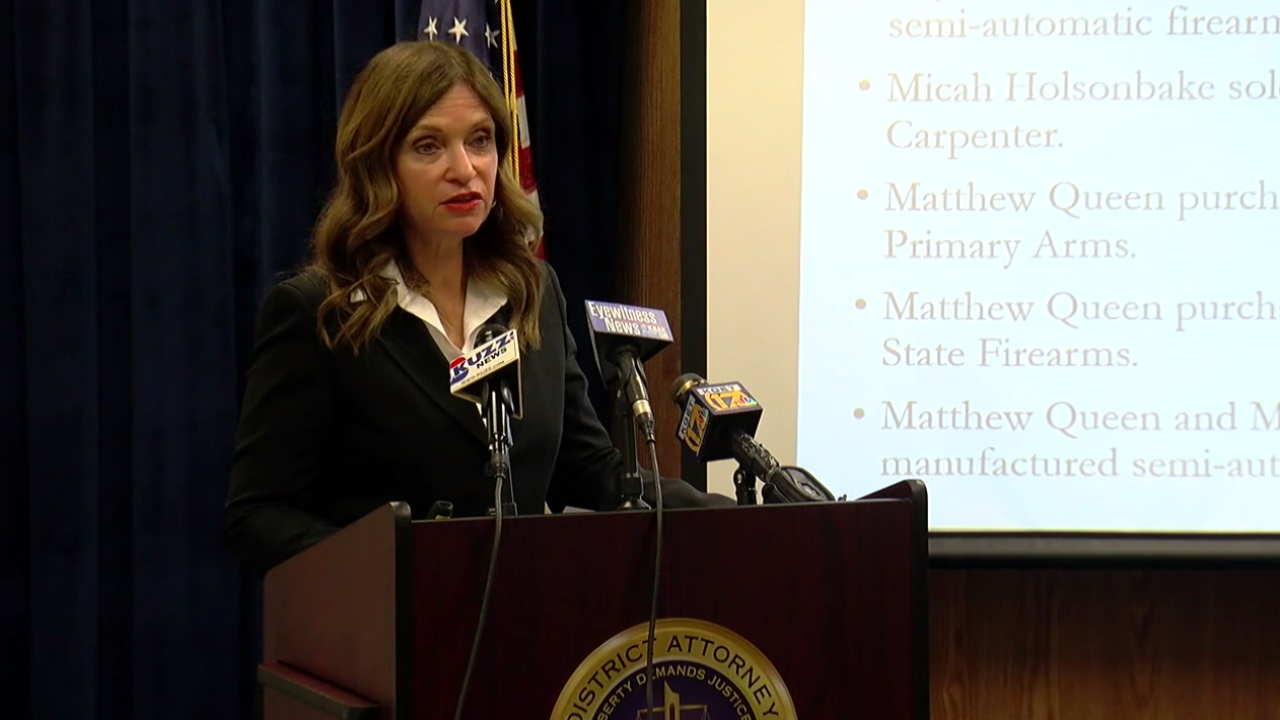 A woman who has been missing for two years in connection to what’s known as the Bakersfield 3 case is now facing murders charges herself.

On Wednesday, the Kern County District Attorney’s Office announced that they believe Despot and her boyfriend, Matthew Queen, conspired to murder Holsonbake.

"I would like to announce that the Kern District Attorney’s Office has filled murder charges in a case that has held significant public attention. The victim in this case is Holsonbake ," announced Kern County District Attorney Cynthia Zimmer.

The 34-year-old Holsonbake was reported missing on March 23, 2018. And in July his missing person’s case turned into a homicide case after the Kern County Sheriff’s Office confirmed that his remains had been found in Hart Park.

Wednesday Zimmer announced that Baylee Despot, who became part of the Bakersfield 3 after she mysteriously went missing in April of 2018, is now charged with the conspiracy and murder of Holsonbake along with her boyfriend Matthew Queen who has been in jail on other charges, including kidnapping.

"The charges, in this case, include murder, kidnapping, and torture," added Zimmer.

Another interesting twist came when Zimmer said investigators believe Holsonbake, Queen and Despot all initially conspired to commit a crime together but since Holsonbake is now dead he is named as an uncharged conspirator in that case.

As for the killing of James Kulstad, who was also initially linked to the Bakersfield 3 when he was found shot in his car only a few days after Holsonbake went missing in 2018, Zimmer said there was no evidence "to show they are linked.” His case is now officially an unrelated case and the Bakersfield 3 has become the Bakersfield 2.

Holsonbake’s family and Despot's mother, who has been searching for her missing daughter for more than two years, face devastating news.

“I don’t want to go into the details of how that went,” said Zimmer.

The family of the Bakersfield 3 sent this message to 23ABC News Wednesday afternoon, saying: "We don’t know anything. Us moms have been trying to reach our detectives... kind of freaking out.”

Since Despot has not been declared deceased and has not been accounted for she has been named as a defendant in the case and is still facing murder charges. As for Queen, he is set to be arraigned here at the Kern County Superior Courthouse at a later date. Officials say Vandecasteele is currently in jail in another county and local Kern County officials will be making contact with him shortly.