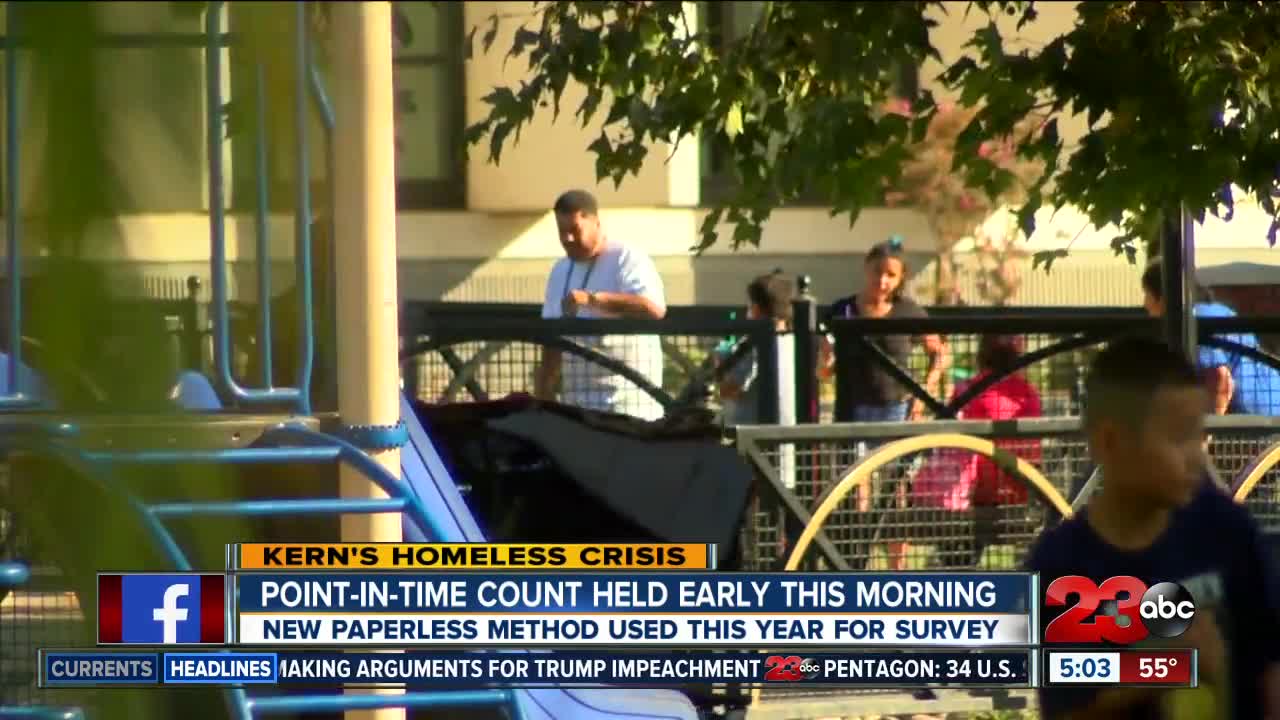 BAKERSFIELD, Calif. — City and county officials are getting a better sense of the homeless crisis in our community following the point-in-time count Friday morning.

More than 600 volunteers hit the streets of Kern County to meet some of the most vulnerable in our community, the homeless population.

But volunteers said the experience was not what they expected.

Community members who volunteered walked away with a new perspective on the homeless community.

"They were amazed, they were humbled, it broke their heart, they realized that people we talked to today we’re just like us,” point-in-time count official and volunteer, Deborah Johnson said.

The point-in-time count created a first hand and relatable experience with the homeless.

“I’ve been out here for two years and I am still in the same situation," a homeless woman told 23ABC News.

"We’ve moved to a mobile app. In years past we’ve done it on paper forms and then we have spent weeks getting the data base," a point-in-time count volunteer said.

This helped save time and make the process more efficient according to volunteers.

“That usually takes anywhere from 30 to 45 days, so that will all depend on our data team,” a point-in-time count volunteer said.

However, the new methods were successful in the field, helping pin point areas where there is a high concentration of homeless people are located.

"As more and more surveys come in, it starts to change colors it’s a heat mapping systems so we can see where our volunteers are encountering more people. We can make adjustments in real time to move them to other areas that might need help,” a point-in-time count volunteer said.

After the count the real work begins.

The U.S. Department of Housing and Urban Development takes a look at the number of unsheltered homeless people and in turn determines the amount of federal aid that comes to Kern County to address the homeless issue.

We will continue to track the data collected from the count as those numbers become available.