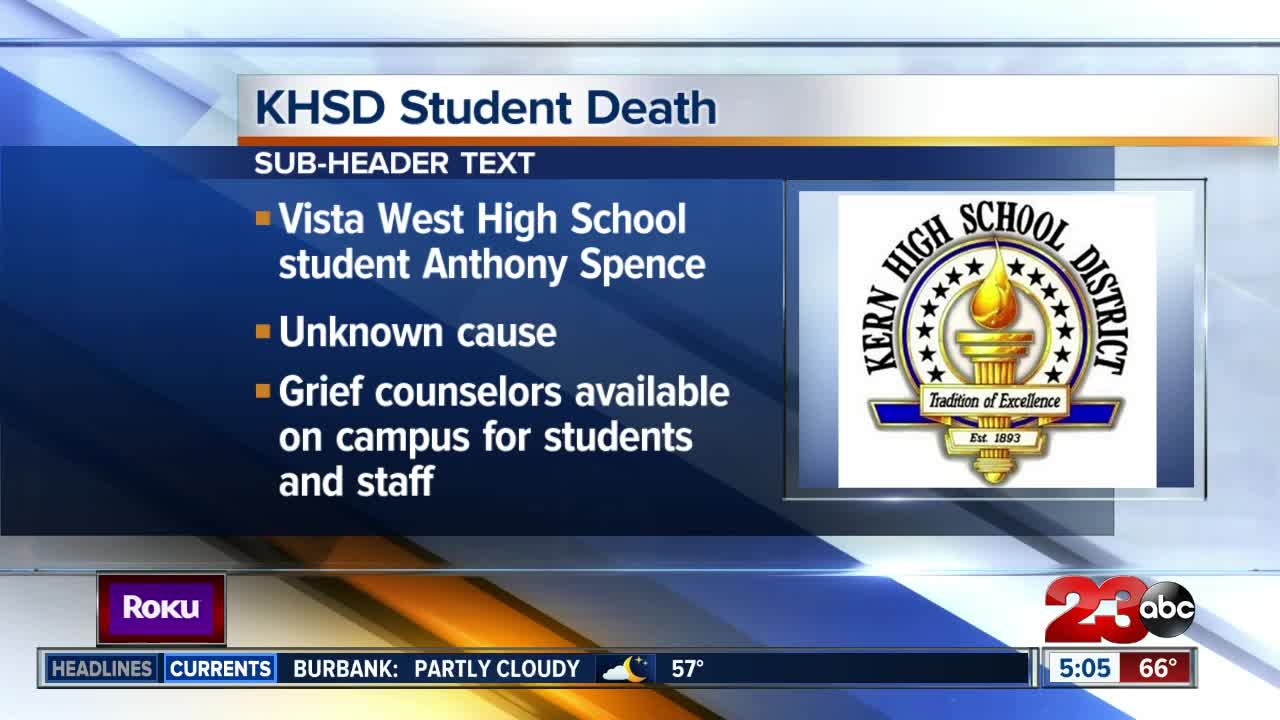 BAKERSFIELD, Calif. — An 18-year-old has been identified after his body was found in a Northwest Bakersfield park.

According to BPD, 18-year-old Anthony Tyler Spence was found on Saturday, January 5 around 6:33 a.m. at Polo Community Park in Northwest Bakersfield.

BPD says a postmortem examination is scheduled to determine the cause and manner of Spence's death.

Spence was a student at Vista West High School in Northwest Bakersfield. The Kern High School District announced his death on Monday, saying that they are devoting considerable efforts to help students and staff grieve and deal with the loss.