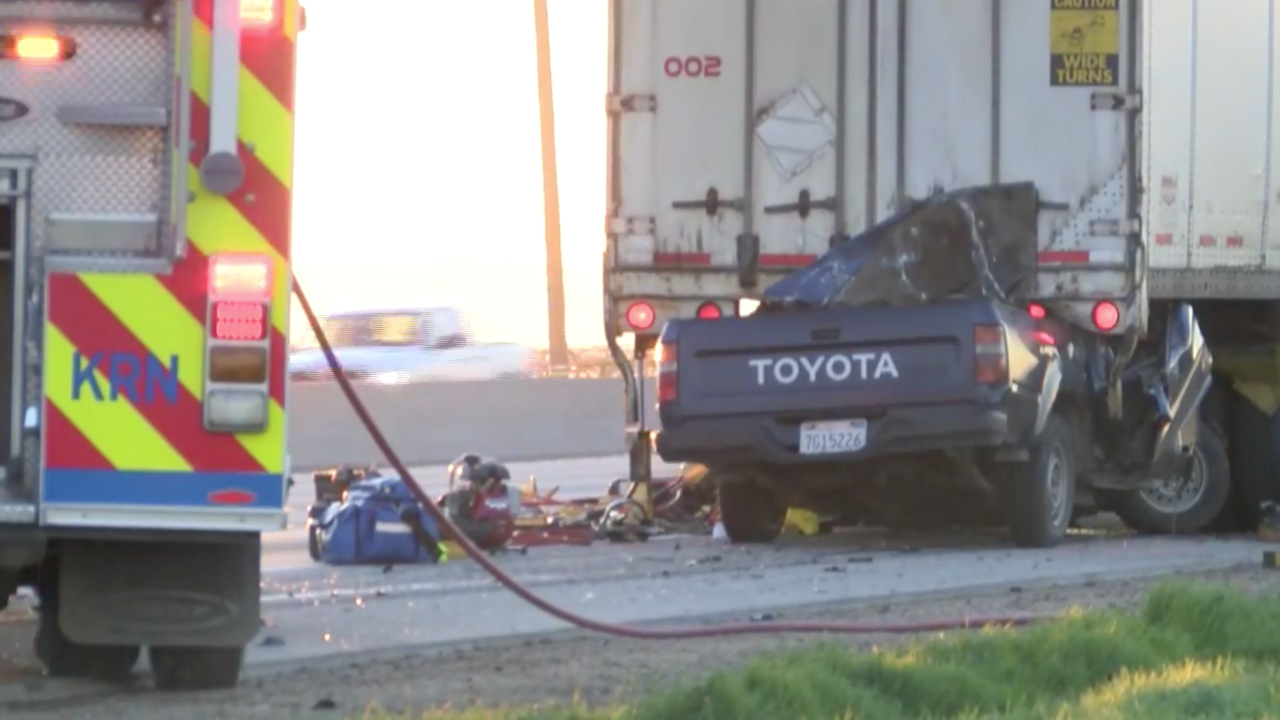 BAKERSFIELD, Calif. — CHP says distracted driving may have been a factor after a 47-year-old man crashed his pickup truck into a big rig trailer on southbound SR-99.

According to CHP, the crash happened around 5:45 a.m. on Thursday, February 7. CHP says that the driver of the big rig was driving 55-60 mph southbound on SR-99 in the #3 lane. A 1995 Toyota Tacoma pickup truck was traveling at a high rate of speed in the #2 lane when, for an unknown reason, the pickup truck veered into the #3 lane and crashed into the back of the trailer. CHP says the impact was so strong that the majority of the truck became lodged under the trailer.

CHP says they do not believe drugs and/or alcohol were a factor in the crash, however they do believe distracted driving may have contributed to the crash.

The crash is currently under investigation. The identity of the driver of the pickup truck has not yet been released.