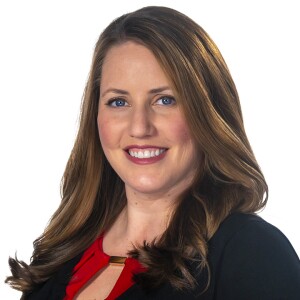 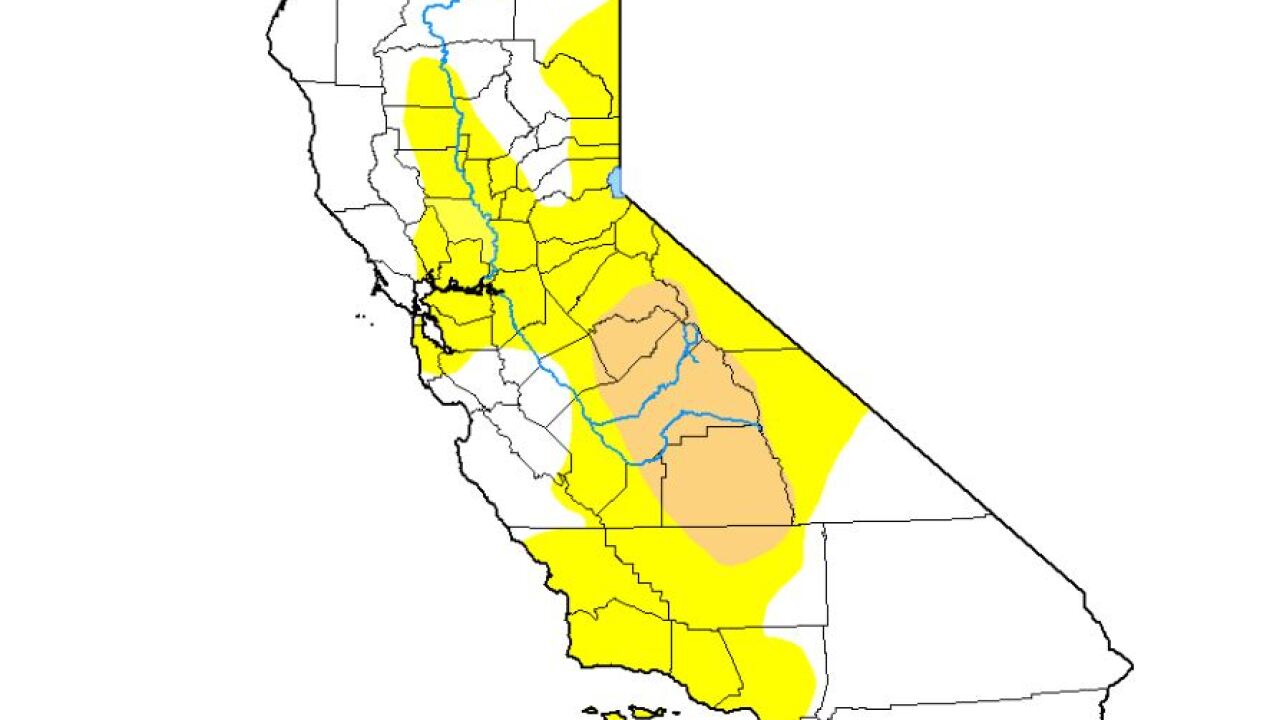 BAKERSFIELD, Calif. — The weekly Drought Monitor was just released and a portion of Kern Co is now in moderate drought (the area highlighted in brown on this map provided by the U.S. Drought Monitor).

According to this morning's latest U.S. Drought Monitor report, "Moderate to heavy precipitation in the Northwest and parts of the northern Intermountain West boosted snowpack enough improve drought designations in parts of the region. In Idaho, D0 was retracted to cover only the central part of the state, with some D1 remaining across the interior where snowpack remained unfavorably low (10th to 20th percentile historically for this time of year). A bit of abnormal dryness was also pulled out south-central New Mexico and northwestern Utah, but an unremarkable week kept dry conditions essentially unchanged across the rest of the Four Corners States outside Colorado. Across Nevada and California, however, dryness and drought intensification prevailed. On the 60-day time scale, markedly low precipitation totals (among the driest 5 percent of historical occurrences) covered most of a swath across central sections of California and Nevada, and 30-day amounts were less remarkable but still significantly below normal across most of the 2 states, outside the far northern and southern tiers. Since mid-December, less than half or normal precipitation has fallen from central and southern Nevada westward across most of California, with less than 25 percent of normal observed in the southern Sierra Nevada and adjacent central valleys. Central and southern sections of coastal California accumulated 3 to 8 inches less precipitation than normal during this period while deficits of 5 to 12 inches piled up in the Sierra Nevada. Precipitation summed over the past 6 months is notably below normal over most of both states. In particular, central and southern parts of the Sierra Nevada accumulated a deficit of 9 to locally near 20 inches of precipitation (about half of normal), and snowpack is less than 60 percent of normal for the date in the central and southern Sierra Nevada. The confluence of all these factors led to the introduction of moderate drought in the central and southern Sierra Nevada, and the adjacent central valleys. The state had been drought free since the first few days of December. Farther east, D0 was broadly expanded to cover part of northeastern California and a broad swath across much of interior Nevada. The last 6 months brought less than half of normal precipitation to this region, but with lower normals than farther west, accumulated deficits were less dramatic (generally 3 to locally 6 inches)."