Aftershocks around Ridgecrest appear to be headed for Garlock fault, could cause magnitude 8 quake 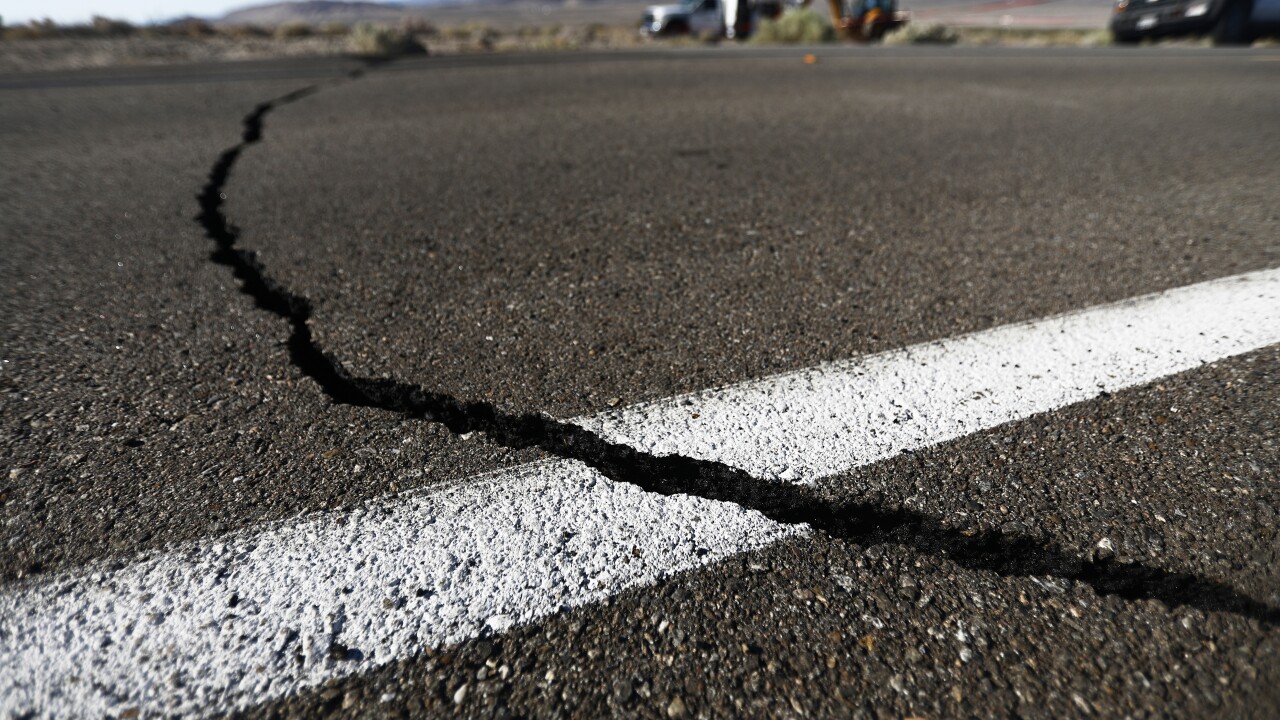 Mario Tama/Getty Images
RIDGECREST, CALIFORNIA - JULY 04: A crack stretches across the road after a 6.4 magnitude earthquake struck the area on July 4, 2019 near Ridgecrest, California. The earthquake was the largest to strike Southern California in 20 years with the epicenter located in a remote area of the Mojave Desert. The temblor was felt by residents across much of Southern California. (Photo by Mario Tama/Getty Images)

BAKERSFIELD, Calif. — The Golden State just keeps shaking, and some worry it's all leading to something bigger for Bakersfield and Ventura, and Los Angeles counties .

According to a Los Angeles Times article, aftershocks of the magnitude 7.1 earthquake near Ridgecrest have been creeping into areas close to two major earthquake faults which is concerning for some seismologists on whether it could trigger another huge temblor.

"Some aftershocks have rumbled northwest of the Searles Valley earthquake, approaching the Owens Valley fault. That fault triggered an earthquake of perhaps magnitude 7.8 or 7.9 in 1872, one of the largest in California’s modern record," the article explains. "The Ridgecrest aftershocks have also headed southeast toward the Garlock fault, a lesser-known fault capable of producing an earthquake of magnitude 8 or more. The fault along the northern edge of the Mojave Desert can send shaking south and west into Bakersfield and Ventura and Los Angeles counties."

More than 500 earthquakes of 3-magnitude or greater have followed the massive earthquake in its aftershock sequence.

While seismologists can make predictions about the chances of aftershocks immediately following a big quake and can calculate a forecast based on statistical analysis, they cannot predict exactly when or where "The Big One" -- or any one -- will strike, according to the USGS.

CNN contributed to this report.