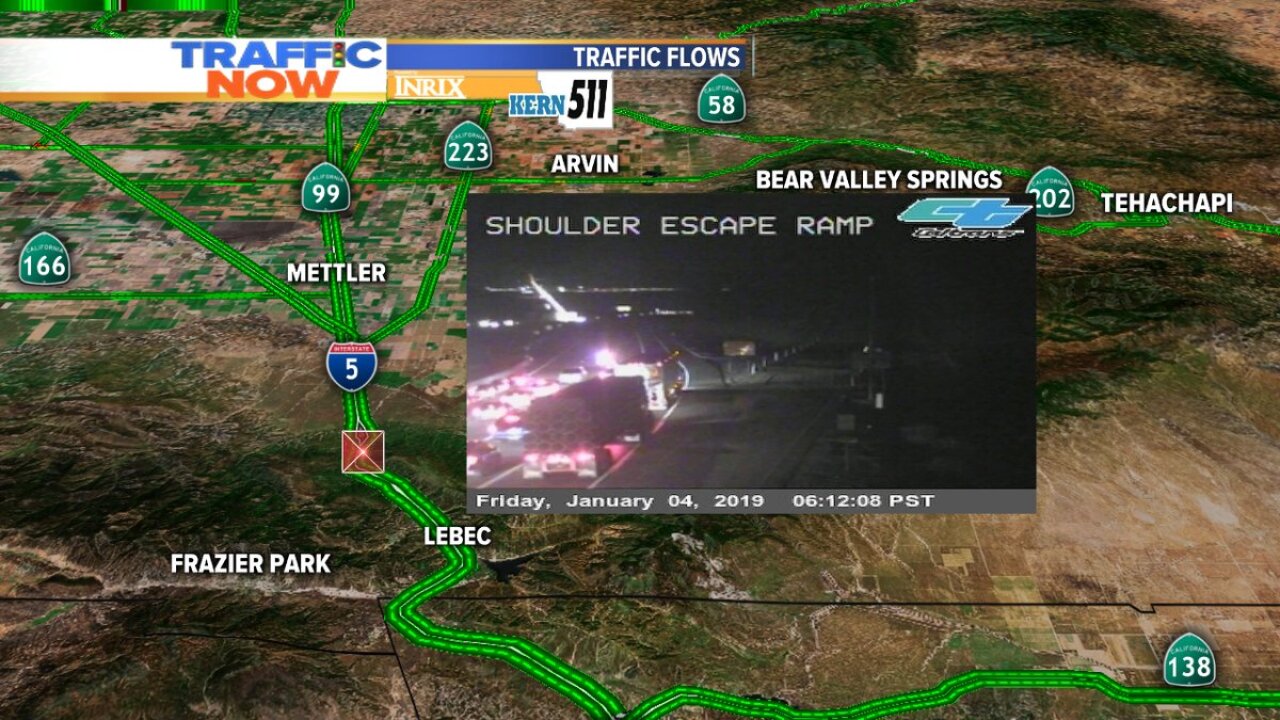 BAKERSFIELD, Calif. — All lanes have been reopened on northbound I-5 at Grapevine Road after a pedestrian was hit and killed by multiple vehicles.

According to CHP, around 5:45 a.m., a man pulled his motorcycle to the right shoulder and leaned it up against a dirt embankment. He was seen walking in the number 2 lane when he was hit by a pickup truck. He was then hit by multiple vehicles. CHP says the man who was hit was wearing dark clothing at the time.

Everyone is cooperating with the investigation, according to CHP. They do not know the exact number of cars who hit him at this time.

All lanes are now open at this time, according to CHP and Caltrans.

Grapevine: ALL LANES NOW OPEN on Northbound I-5 north of Lebec near Grapevine Road following earlier accident of vehicle vs pedestrian. Traffic is clearing. @CaltransDist7 pic.twitter.com/OJL6Z34Mur