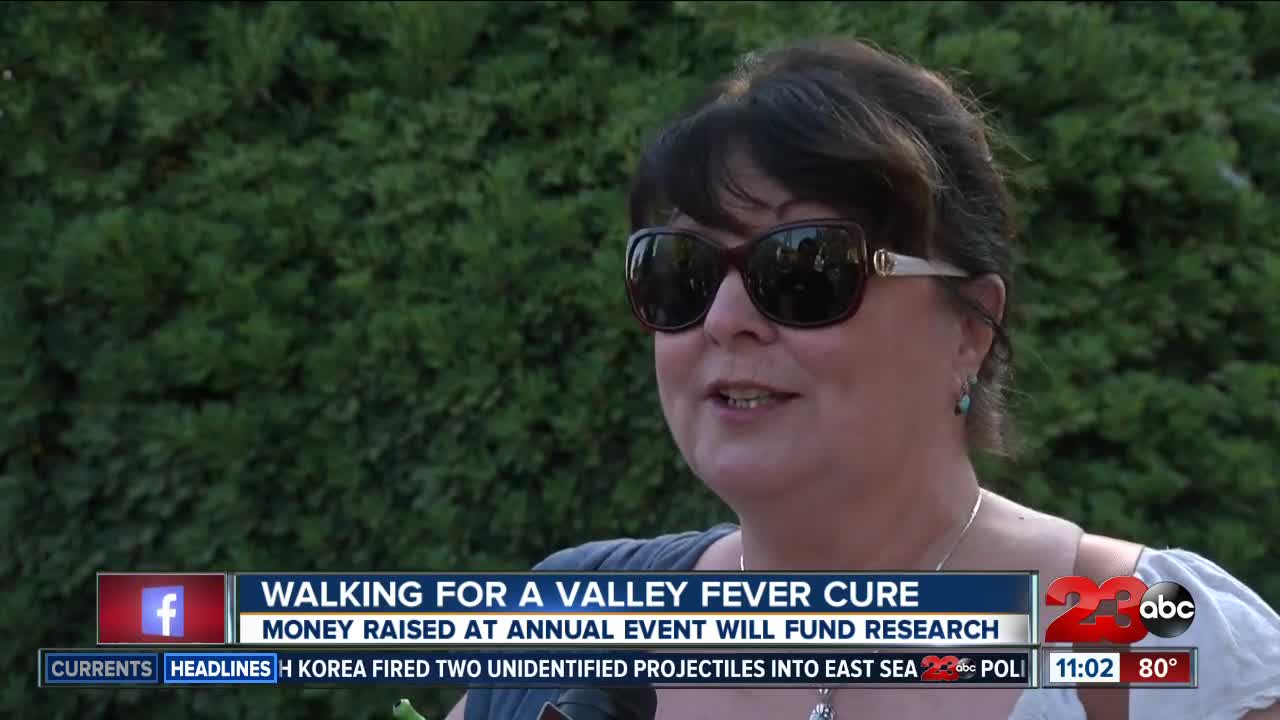 BAKERSFIELD, Calif. — For the eighth straight year, the Valley Fever Institute at Kern Medical held its annual walk to help raise awareness for the crippling disease. Officials say Valley Fever is most prevalent in Kern County than in any other part of California.

"Although most people are going to get a very mild case, some of us are going to get a chronic, debilitating, and possibly even fatal version of the disease," said Rob Purdie, who is a patient and the Program Development Coordinator for the Valley Fever Institute.

The institute says about 15 people in Kern County die from the infection every year. And that's why it's important to get yourself tested if you feel certain signs. Some of its symptoms include cough, fever, chills, night sweats, loss of appetite and exhaustion, according to Purdie.

"If you've had any symptoms that have persisted for more than ten days or aren't getting better with antibiotics, its a good time to get tested for valley fever, ask your doctor to do the test," he said.

Officials say the earlier you catch it, the better. About 13 years ago, Calleen Sutton-Jones' daughter Megan was pregnant with her third child when she noticed something was off.

"Megan had been sick almost all her entire pregnancy, no doctor could figure out what it was. They kept saying 'well she's got a cold, she's got a bronchitis, we cant treat it cause she's pregnant,'" Sutton-Jones said.

According to her mom, Megan had Valley Fever. A high fever forced her into an emergency C-section at just 7 months pregnant, and the disease continued to make her life challenging until the end.

"She got sick in April and she just couldn't fight it this time, so we lost her," Sutton-Jones said.

"There's nothing we can do to completely eliminate the risk of Valley Fever, and it's nothing that we want to be afraid of, it's just something we want to be educated about," Purdie said.

Assemblyman Rudy Salas attended the event, saying the state has invested $10 million on public awareness and research for Valley Fever in the past two years. Part of that going to the UC system to help find a cure.

"Putting millions of dollars to actually doing something to help people affected by valley fever, there's some promising research right now, especially at UCLA to actually move us toward that vaccine and that cure," Salas said.

The funds raised at Saturday's walk will also go toward public and medical education.