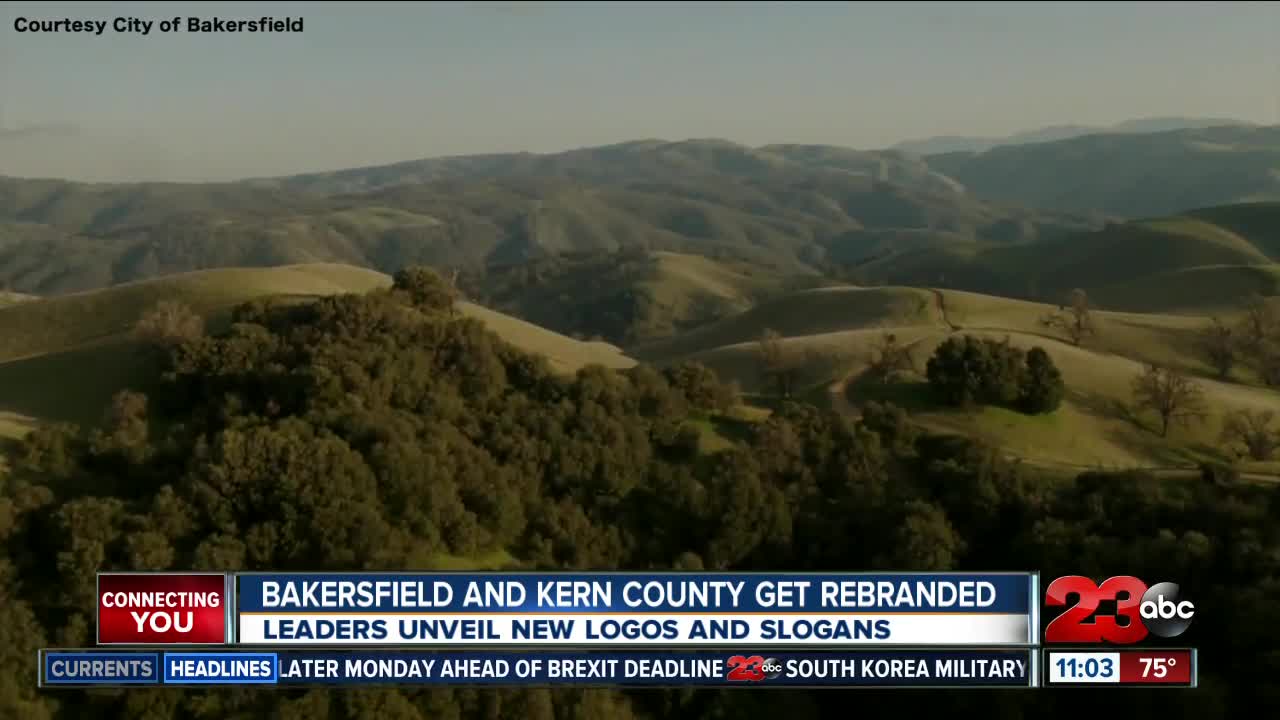 BAKERSFIELD, Calif. — The City of Bakersfield, Kern County, and other government bodies got a face lift Monday in the form of new logos and slogans.

"We heard some of the armpit of California jokes from Johnny Carson but that is not who we are. We are so much better. We are boundless and if we take on that optimism of having an attitude where together we're working for a better community and we're boundless in the things that we can accomplish, that's what we're after," said Bakersfield Mayor Karen Goh.

Local leaders say the new art is part of an effort to rewrite the narrative surrounding Kern County and Bakersfield. Officials say it is a culmination of a two year effort that was funded by the city, county, and several private entities.

"15 different groups coming together plus consultation from many others, but the key here is the word together underlies all of this," Goh said.

Bakersfield's new slogan is "the sound of something better", and for the first time, Kern County will sport a slogan, "grounded and boundless."

Goh says they hired a marketing and branding company to create the concept. She says the whole project cost between $100,000 and $200,000. Bakersfield and the county each spent $50,000. 15 private companies, including Adventist Health Bakersfield, Chevron, and the Tejon Ranch Company made up the rest.

For some Bakersfield locals, they're not completely sold on the new aimed effort.

"Grounded and Boundless..? In my family being grounded is bad so I'm not sure what the grounded is. But the boundless I like," said Bakersfield resident Craig Whitmore, adding that he liked the new slogan for Bakersfield.

"For me, being a business owner, I would never spend that much on these type of logos. It's very nice and everything but still I think there's other outlets I think," said Brian Ortiz, who also lives in Bakersfield.

But Mayor Goh says she hopes people will see it is less about a new brand and more about a new personality.

"This was not about a logo, it's not about colors, this is about an attitude that we have of new oppurtunities, of optimism, of being together, of working together," she said.

Officials say they will now start the process of incorporating all the new branding onto buildings, vehicles, and other infastructure.