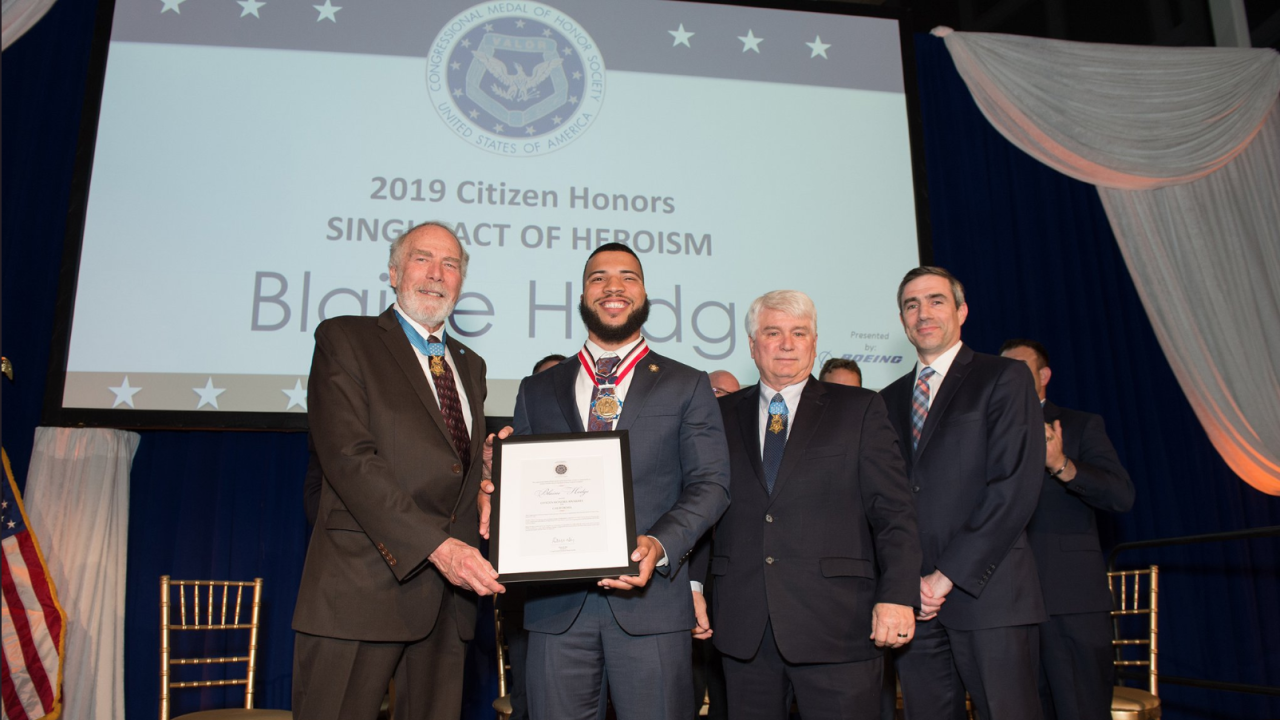 WASHINGTON, D.C. — Bakersfield's Blaine Hodge, also known as the Good Samaritan that saved a woman from a knife-wielding man inside of a Starbucks, received the Medal of Honor Society's Citizen Honors Award .

Hodge and five others were recognized during ceremony held by the Medal of Honor Society at the U.S. Institute of Peace in Washington, D.C last night.

The Medal of Honor Society's Citizen Honors Award recognizes the heroism and selfless service of Americans.