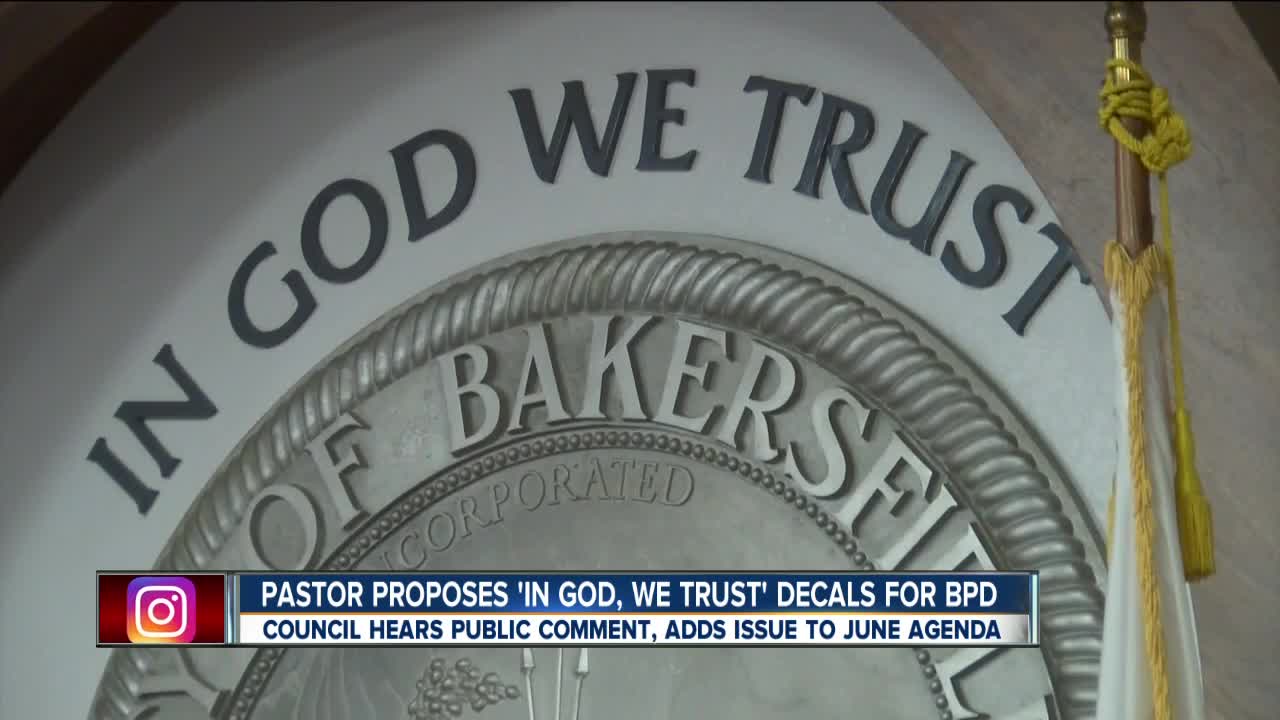 BAKERSFIELD, Calif. — Bakersfield City Council heard from Pastor Angelo Frazier and several others on a proposal to add the nation's motto "In God We Trust" on Bakersfield Police cars. Some residents consider the proposal an infringement on the first amendment of separation between church and state.

City Councelmember Jacquie Sullivan says the proposal will be in the June agenda.

Bakersfield Police patrol vehicles may soon have new decals if a proposal by a local pastor moves forward.

Pastor Angelo Frazier of the Riverlakes Community Church, says he will be giving a presentation at Wednesday's City Council meeting proposing that Bakersfield add the nation's motto "In God We Trust" on their patrol cars. He says the proposal is not currently on the agenda, but hopes the council will pick up the plan and approve it.

Pastor Frazier says he has been working with City Councilwoman Jacquie Sullivan for several years to incorporate the motto into public places. According to Frazier, if the council does move forward with the plan the money for the decals will come from private companies.

Bakersfield would be the second city in Kern County to showcase the decal on the patrol vehicles, with the City approving Delano police cars in April.

In 2002 Sullivan helped pass legislation in the City of Bakersfield to ensure all government buildings in the city displayed the phrase, 'In God We Trust,' somewhere on each building. Soon after many other cities across the state also adopted the phrase, “There are now a 136 cities and counties in California that are displaying 'In God We Trust' in their council chambers,” Sullivan said.